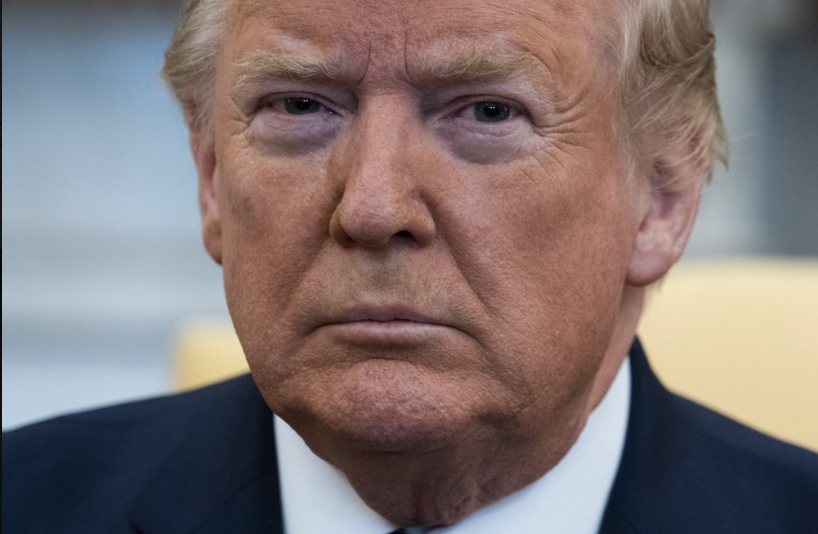 The House of Representatives impeached Donald Trump a second time Wednesday, this time on a charge of inciting insurrection, a week before he is supposed to leave office.

Trump is the first American President to be impeached twice.

House Speaker Nancy Pelosi announced a final vote tally of 232 for impeachment and 197 against, though a motion for reconsideration was placed on the table. The yea votes included 10 Republicans, the first members of the House of Representatives to ever vote against a President of their own party.

The vote came after two hours of debate centering on the role Trump played in inspiring the violent siege and sacking of the U.S. Capitol last week, and whether his actions constituted a betrayal of his office and the Constitution. The attack came as Congress tried to count Electoral College votes to formally recognize the election of Democrat Joe Biden, defeating Trump for President. Trump had urged people to stop them, and they nearly did.

It’s unclear when the U.S. Senate will try Trump on the charge. Senate Majority Leader Mitch McConnell said he could not arrange a trial before Jan. 20, the day Trump leaves office, Biden is sworn in as the next President, and the Senate flips to Democrats’ control, led by Democratic Leader Chuck Schumer.

During debate before the vote, Pelosi asked Republicans and Democrats to “search their souls.”

The impeachment proceedings came one week after a violent, pro-Trump mob breached the Capitol, sending lawmakers into hiding and revealing the fragility of the nation’s history of peaceful transfers of power. Five people died.

Trump has taken no responsibility for the riot.

Between them, they covered all the critical arguments.

Castor summed up some of what happened on Jan. 6 after Trump egged on an angry crowd in front of the White House and told them to march on the Capitol.

“Violence during the transfer of power! Confederate flags! Anti-Semitic paraphernalia desecrated this Capitol. So accountability must come swiftly. We must act with the same resoluteness we showed in the early morning hours after this insurrection where we assured the will of the voters was effectuated,” she said. “Donald Trump’s defilement of this Capitol will not stand! It demands impeachment now.”

Gaetz insisted that the President not only did nothing wrong, he was right in his debunked claims that the presidential election was stolen.

Posey contended liberals and Democrats were after Trump from the very beginning, and that they had no grounds for impeachment.

“While his sins may be different than yours or mine, they clearly are not treasonous,” Posey said

Mast wondered if people had sacked the Capitol on Trump’s command, why none of them were called to Congress to testify.

“On Jan. 6, thousands of people broke the law by taking siege of our Capitol here with us inside. Has any one of those persons who bought violence on our Capitol been brought here to say whether they did that because of our President?” he inquired, knowing rules preclude members from answering.

Steube insisted that what Trump said did not meet the legal qualification of incitement of violence.

“The legal elements of incitement are based on the Supreme Court case of Brandenburg v. Ohio,” Steube said, referring to the 1969 case involving an Ohio Ku Klux Klan leader charged with inciting violence. “Brandenburg called for violence against Americans. And the Supreme Court said … that was protected speech. And he was calling for violence! That’s the current law of the land.”

Wasserman Schultz charged that it was all Trump’s last-ditch attempt to overthrow the election.

“This criminal incitement left us with five dead, including a police officer, a desecrated capital and a second constitutional crisis. His acts showed contempt for the rule of law, the Constitution, and the foundation of our democracy, a peaceful transition of power,” Wasserman Schultz said.

Meijer announced he would vote to impeach Trump in a statement released Wednesday as the House was debating the proceedings. He said the vote “isn’t a victory for my party, and isn’t the victory Democrats might think it is.”

But after a violent mob of Trump supporters stormed the Capitol last week in an effort to overturn Biden’s win, Meijer said it’s a step “for us to reflect on these events and seek ways to correct them.”

Meijer said impeaching Trump will likely exacerbate division and set precedent. But he ultimately concluded it is a “meaningful” way to hold Trump accountable for the “seriousness” of his actions.

nextU.S. budget deficit up 60.7% in first 3 months of budget year