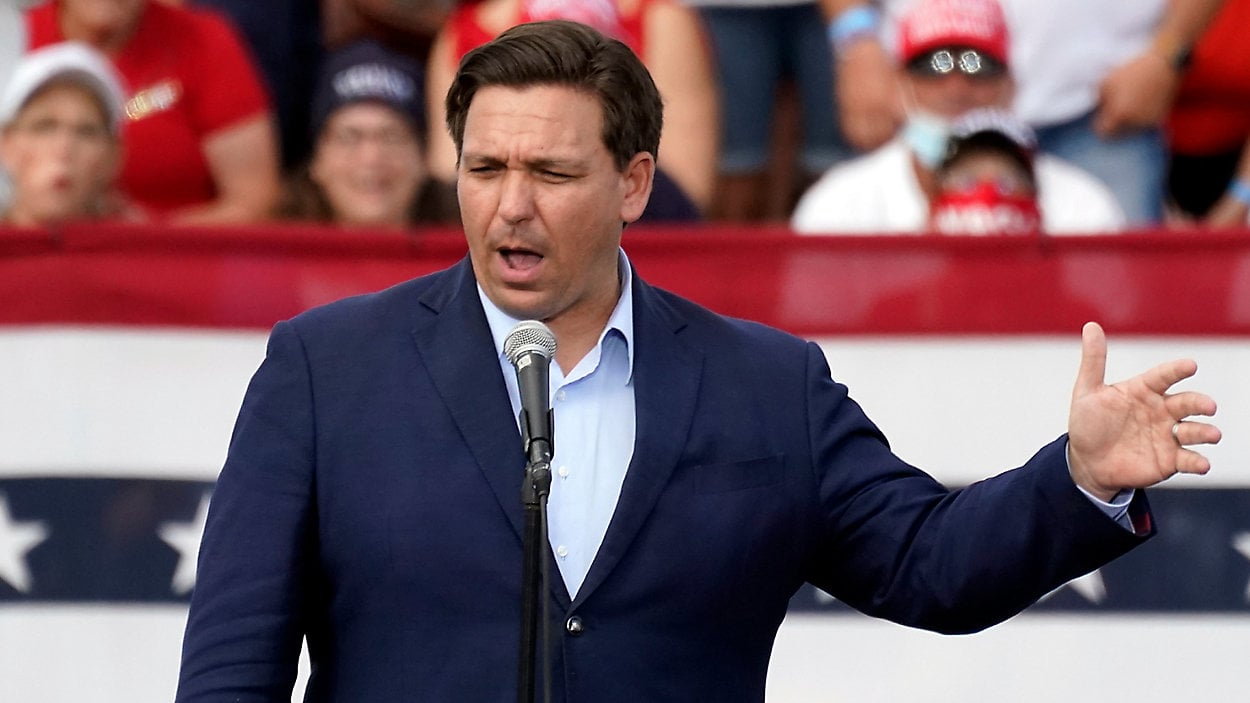 Gov. Ron DeSantis estimates Florida will finish vaccinating longterm care facility residents and staff by the end of the month.

Nearly every resident and staff member from the state’s facilities have received a shot so far, the Governor told reporters Monday. With 266,000 more doses shipped this week, the first batches of which he expects to arrive later Monday, Florida should finish vaccinating in nursing homes and other longterm care facilities by Sunday, the end of January. Sunday will also be the end of the seventh full week of vaccinations in the Sunshine State.

“By the end of this month, COVID-19 vaccine will have been offered to every resident and staff member at all of Florida’s nearly 4,000 longterm care facilities, which is really, really good,” DeSantis said.

The Governor’s latest claim comes three days after he claimed Florida was vaccinating its 1 millionth resident 65 years or older live on Fox News, a claim that isn’t yet borne out in the state’s coronavirus reporting.

On air, he acknowledged a two- or three-day lag in the state’s reporting but insisted records would eventually show the state hit the 1 million mark on Friday. As of Monday morning report, 966,842 people aged 65 and older have been vaccinated, an increase of 23,057 reported vaccinations over 24 hours.

“It’s all about his PR and promotion of himself in stark contrast to what is happening in the state of Florida,” Sen. Gary Farmer, the top Democrat in the Senate, told the Associated Press Friday. “He’s running around the state giving false hope to seniors and other people.”

During his Monday appearance in Jacksonville, DeSantis again pushed back the timeline for when to expect data for Friday to reflect all shots offered by that day.

“You really need to give it three, four, five days,” he told reporters.

Added the Governor: “Almost assuredly, we’ve done much in excess of a million seniors already.”

DeSantis oversold another prediction Friday, when he said that day’s report would show 840,000 vaccinated people in the 65-and-up cohort. That report ultimately showed 833,578 among that group.

Regardless, Florida has led the nation in vaccinating the elderly, with 22% of all seniors in the state having now received at least one shot, DeSantis said.

Speaking outside the River Garden Hebrew House for the Aged nursing home in Jacksonville, the Governor called vaccines “invaluable” to protecting the state’s older population, who are more at risk for severe COVID-19 cases.

“I really look forward to the day when the doors are open again and things are back to normal,” DeSantis said.

At facilities associated with the Florida Health Care Association, 97% of residents and 98% of staff have received a shot, said FHCA Executive Director Emmett Reed.

LeadingAge President and CEO Steve Bahmer called the vaccine a “ray of hope.”

“It is the opportunity for residents to hug their grandchildren again,” he added. “It simply could not be more important. It is the path to returning (to) normalcy.”

Not every eligible senior will want to be vaccinated. Despite lamenting the slow vaccine rollout from the federal government and vaccine distributors, DeSantis said the state will offer shots to all seniors who want them.

“Out of 4.5 million, if we’ve knocked out a million, we have at least a couple more million that we’ve got to do,” DeSantis said. “The more vaccine we have, the quicker that will get done.”