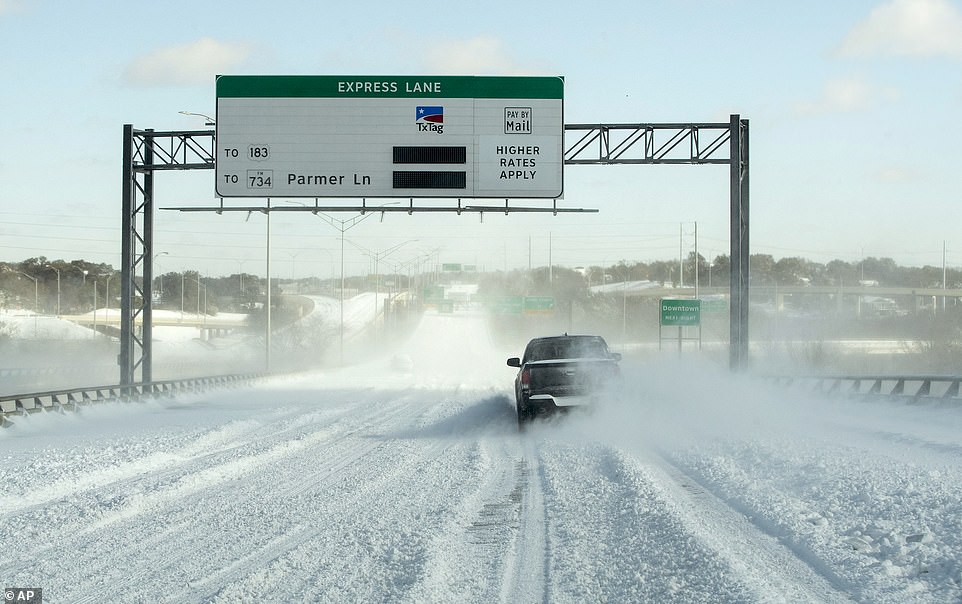 Florida will receive an additional 41,000 doses next week.

Winter storms in Texas and across the country have delayed all of Florida’s Moderna COVID-19 vaccine shipments this week.

Florida did get the majority, 136,000 doses, of its allotted Pfizer vaccine shipment, Gov. Ron DeSantis told reporters Wednesday morning. However, the entire Moderna vaccine shipment has yet to come.

“It’s not a great day in Florida weather-wise, but it’s a heck of a lot worse in a lot of parts of the country,” DeSantis said, speaking from Lakewood Ranch, where morning drizzles and low-60s temperatures would jump to the low 80s by the afternoon.

The Governor said he hoped the Moderna vaccines would arrive by Thursday or Friday. Normally, shipments arrive by Tuesday or Wednesday of each week.

Florida has received 136,000 Pfizer doses this week, and DeSantis said 9,000 more should arrive by Wednesday night or Thursday morning.

“You see all the storms, you see all the ice. I think some of this stuff’s just in Memphis or the places where they ship from,” DeSantis said. “So it’s a combination of the weather, the ice, and then obviously the different logistics that result from that.”

The late shipments could “almost assuredly” result in delays at Publix and other sites that use the Moderna vaccine because of the late shipments. Don’t worry if Publix delays your scheduled appointment, the Governor implored.

“Just have patience on it. There’s nothing we can do with the weather in other states,” DeSantis said. “We are going to get the Moderna, but it is not here when it normally would be here.”

The Governor also said the federal government has increased Florida’s vaccine allotment for next week.

The federal government is asking vaccinators to stretch Pfizer vials into six doses, up from the current 5-per-vial guidance.

On top of that change, Florida is receiving 41,000 new doses for the coming week.

Between Pfizer and Moderna vaccines, Florida has received 307,000 first-dose vaccines per week this month.

Through Tuesday morning, the state has administered 3.6 million doses to 2.4 million people. Of those people, 1.8 million are 65 years old and older.

Florida has about 4.5 million people in that age group. And if the state gets about 400,000 doses weekly, DeSantis said Florida could soon see a softening demand among seniors.

“Once we see that, that’s when we will expand to either other age groups and/or some of the other key areas like law enforcement,” he said.

DeSantis has toured the state in recent weeks, highlighting vaccinations at Publix pharmacies, churches, hospitals, long-term care facilities and stadiums. Wednesday’s appearance in Lakewood Ranch was at the site of a community vaccination pod, designed to target communities with high concentrations of seniors in the state.

“If you want us to send it it to Sarasota next time, or Charlotte or Pasco or wherever, let us know,” DeSantis said. “We’re happy to do it.”