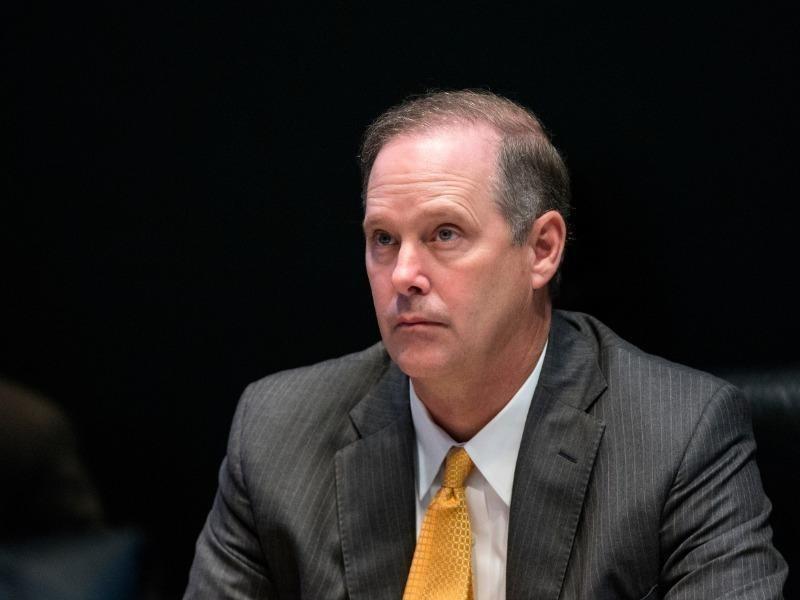 Senate President Wilton Simpson said the purchase would save the committee money.

Simpson, a Trilby Republican, said he approved the purchase of the 2,766 square foot building so the Florida Republican Senatorial Campaign Committee, which plays a key role in raising funds and backing GOP Senate candidates, could save money.

According to Florida Division of Elections records, the committee paid $4,066 per month in rent for a property in Tallahassee last year. Simpson, who has made a fortune as an egg farmer and an environmental mitigation specialist, said he noticed the lease payments when he took over as head of the committee following the 2018 elections.

“What I noticed when I took over, we were paying a lease monthly. The money that we had, the cash that we had in our account was not drawing interest. So, what I tried to do is come in and say, OK, look if we’re going to maximize our fundraising opportunities, and we’re going to give it some long-term stability, we should own our own building,” Simpson told The News Service of Florida.

The Leon County property appraiser’s website shows the Florida Republican Senatorial Campaign Committee Inc. paid $450,000 for 324 E. Virginia St., which is zoned for commercial use, on Feb. 5. Simpson said the committee paid cash for the property, which is less than a mile from the state Capitol.

“We thought it was reasonably priced. So now we’ve got a building and we no longer are renting that space. We think, in the long run, that’ll save us a lot of money,” the Senate President said. “So every dollar we can save is one we don’t have to raise.”

Simpson said he also put cash the committee raised into interest-bearing accounts “because over time that also adds up to a considerable amount of money.”

“The bottom line is this was a move to try to make FRSCC more efficient, bring more stability to it and bring a better cash flow to it,” he said.

Mark Herron, a Tallahassee attorney who specializes in election law and who has worked for the Florida Democratic Party, called the committee’s purchase unusual.

“It’s an interesting way to do it,” Herron told the News Service. “I wouldn’t have advised to do it that way.”

The property purchased by the Senate campaign committee is several blocks from the Republican Party of Florida’s spacious headquarters. But the Florida Senate GOP committee has operated independently of the state party after a fallout between leaders in 2015.

“It’s just interesting. It’s out of the ordinary. The Republican Senatorial Campaign Committee could disappear tomorrow, for all we know. It could fold itself back into the party,” he said.

The Florida Republican Senatorial Campaign Committee raised more than $38 million from Jan. 1, 2019, through Dec. 31, 2020 — roughly the 2020 election cycle — and spent more than $34 million, according to campaign finance records. Updated finance reports won’t be available until April.