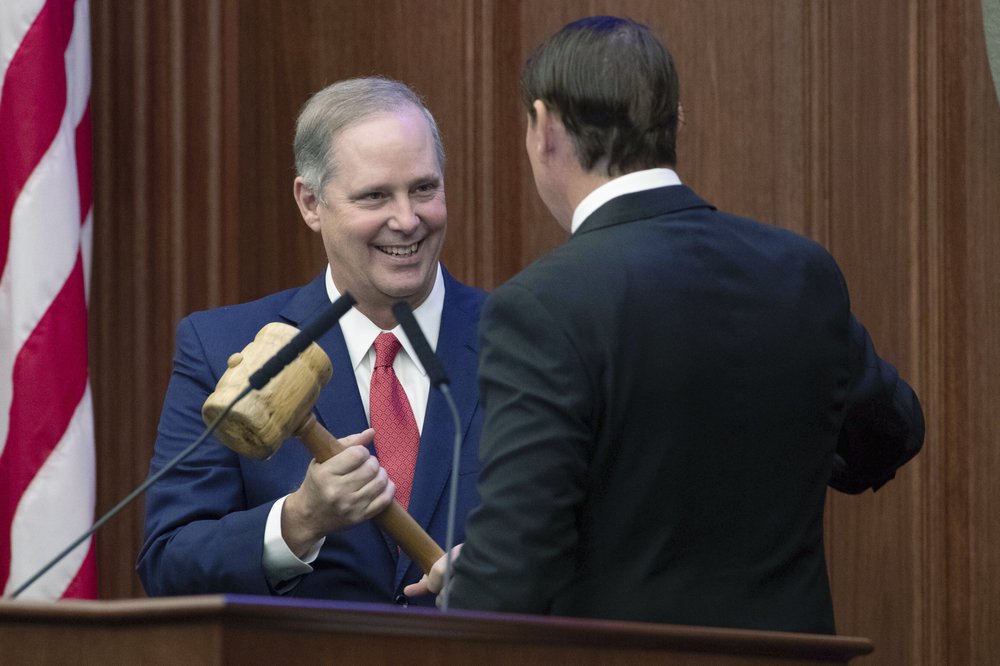 Coronavirus, budget questions, anti-riot legislation and an attempt to reign in large technology companies will be among issues lawmakers will take up in their 60-day session that begins Tuesday.

But so will bicycle seats, alcohol-to-go and baby boxes.

More than 2,500 bills have been filed ahead of the 2021 session. While most won’t pass, the Legislature will be grappling with a wide variety of issues under new Republican leaders, House Speaker Chris Sprowls and Senate President Wilton Simpson, all while figuring out how to do business in a pandemic.

The budget is the only bill lawmakers are required to pass, and lawmakers won’t get the latest revenue estimates until after session starts. One factor they won’t consider is potential federal COVID-19 relief money.

“We were being told at the end of last year the federal government is going to bring in money for the state governments, and they didn’t. I don’t think you can depend on Washington to do anything right. A lot of clowns in Washington and they don’t get a lot done,” said Simpson.

Gov. Ron DeSantis proposed a $96.6 billion for the fiscal year that begins July 1, or $4.3 billion more than the current budget. That might be overly optimistic considering the financial hit Florida has taken during the pandemic.

“It’s just not feasible, it’s not realistic and, most importantly, it’s not going to happen,” said Democratic Rep. Evan Jenne, a member of the House Appropriations Committee.

“While we have all been relieved to see revenue collections come in over estimate in recent months, it is important to remember our starting point for planning for this budget was a $2.7 billion shortfall,” said Stargel, a Republican. “Modest gains do not negate the challenge before us. Reductions will be necessary.”

A priority for DeSantis, Sprowls and Simpson is passing protections for businesses and health care facilities that would shield them from COVID-19 lawsuits.

“What our bill says is, ’Look, if you’re trying to do the right thing, if you’re following guidelines by the state or the CDC, we want to make sure that you have a sense of financial security,” Sprowls said.

The speaker says he wants the protections to be the first legislation to pass, along with a bill that would make it a felony to profit off a pandemic by making false or misleading marketing claims about personal protective equipment or the availability or access to a vaccine.

Another priority for DeSantis and Republican leaders is a so-called anti-riot bill that would enhance penalties for crimes committed during a violent protest, not allow people arrested during such a demonstration to be released from jail before a first court appearance and create new felonies for organizing or participating in a violent demonstration.

DeSantis proposed the idea after a summer of protests held around the country to call attention to police violence against African Americans. But he has since pointed to the Jan. 6 riot at the U.S. Capitol as a reason to support it.

“This law would disproportionately hurt communities of color trying to exercise their constitutional rights,” said Democratic Rep. Dianne Hart. “This will give bad actors in law enforcement and the criminal justice system additional weapons to harm, incarcerate and kill Black and brown Floridians.”

Republican leaders will also target large technology companies like Twitter, Facebook and Amazon. DeSantis calls them “Big Tech cartels” that manipulate consumers and censor conservative politicians and ideologies. He and other Republicans point to then-President Donald Trump being banned from social media, and Amazon shutting down the conservative social media site Parler.

“Big Tech has come to look more like Big Brother with each passing day,” DeSantis said at a recent news conference. “But this is 2021, not 1984, and this is real life, not George Orwell’s fiction.”

Beyond leaders’ priorities, there are hundreds of other bill covering a wide variety of topics. One would permanently allow restaurants to sell alcohol with delivered or take-out meals. DeSantis allowed the practice to help restaurants during the pandemic.

A number of bills involve children, like one that would increase the time parents can surrender an infant from one week to one month. It also would allow “baby boxes” at some fire stations and hospitals so parents can drop off infants without doing so face-to-face.

Two child safety bills would require child care facilities to install alarms in vans so drivers can check to make sure no children are left inside and raise the age children must be in booster seats from 5 to 6.

Among more obscure bills is an effort to amend a law that makes it illegal to ride a bike without a seat. Violators face a $15 fine. It would make an exception for elliptical bikes and others that are manufactured to be used without a seat.