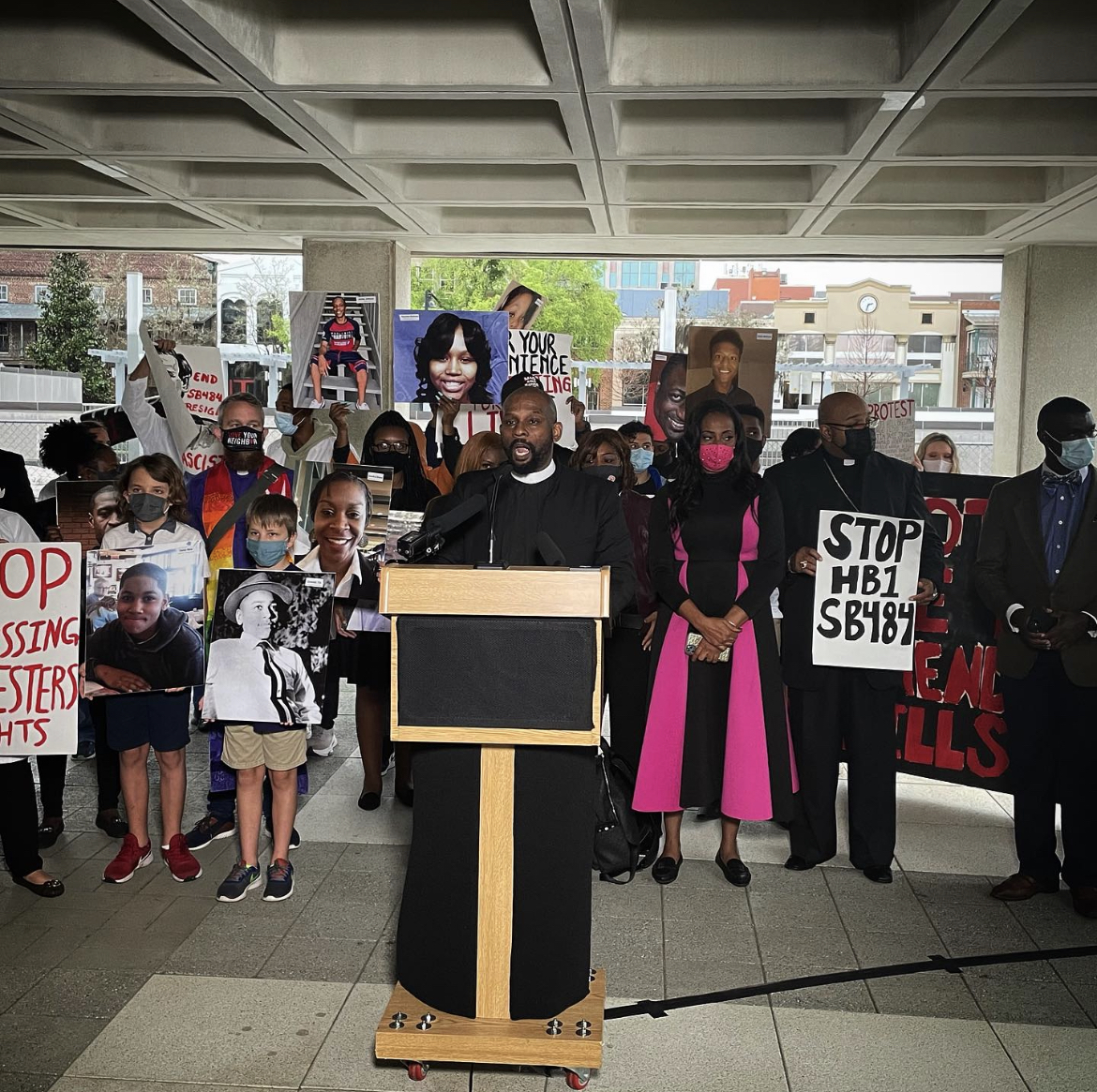 The bill is a top priority for Gov. Ron DeSantis and Republican lawmakers.

With controversial House legislation ready for the floor, protesters gathered outside the Capitol building Thursday.

The legislation (HB 1) is on its second reading in the House. The bill has strong backing from Gov. Ron DeSantis.

Committee meetings that considered the legislation drew scores of speakers with no members breaking from party lines.

“When we stand united and refuse to back down justice does prevail. So not only do we have to keep up the fight. We have to double our efforts. We have to fight even harder, because there is light at the end of the tunnel. We can stop this bill,” Broward Rep. Kevin Chambliss said.

Brandon Rep. Andrew Learned is the only Democratic representative who sits on all three House committees that heard the bill. He said his office has received 14,000 emails on the bill. Learned said only six of those emails were in support of it.

“This bill has united people from both sides of the political spectrum,” Learned said. “We’ve seen testimony from pro-life activists and Planned Parenthood, self-described socialists and police chiefs, Trump rioters and Black Lives Matter protesters, all in opposition to this bill.”

The bill would create tougher penalties for already existing crimes when the person commits the act within a group of three or more people.

The bill also creates the crime of “mob intimidation,” which the bill describes as when a group of three or more people “with a common intent, to compel or induce, or attempt to compel or induce, another person by force, or threat of force, to do any act or to assume or abandon a particular viewpoint.”

Learned said the bill is unnecessary and only serves partisan politics.

“Our primary focus right now should be COVID relief,” Learned said. “Instead, the Governor and my Republican colleagues are laser-focused on playing partisan politics and increasing penalties for things that are already crimes.”

So far companion legislation (SB 484) in the Senate has not been heard in any committees.

“I’m hoping it’s not going to move anywhere. I’m hoping they don’t have the votes. It’s not a good bill, and it shouldn’t be heard,” Learned said.

nextKimberlie Prior: Senate Bill 84 is fearmongering