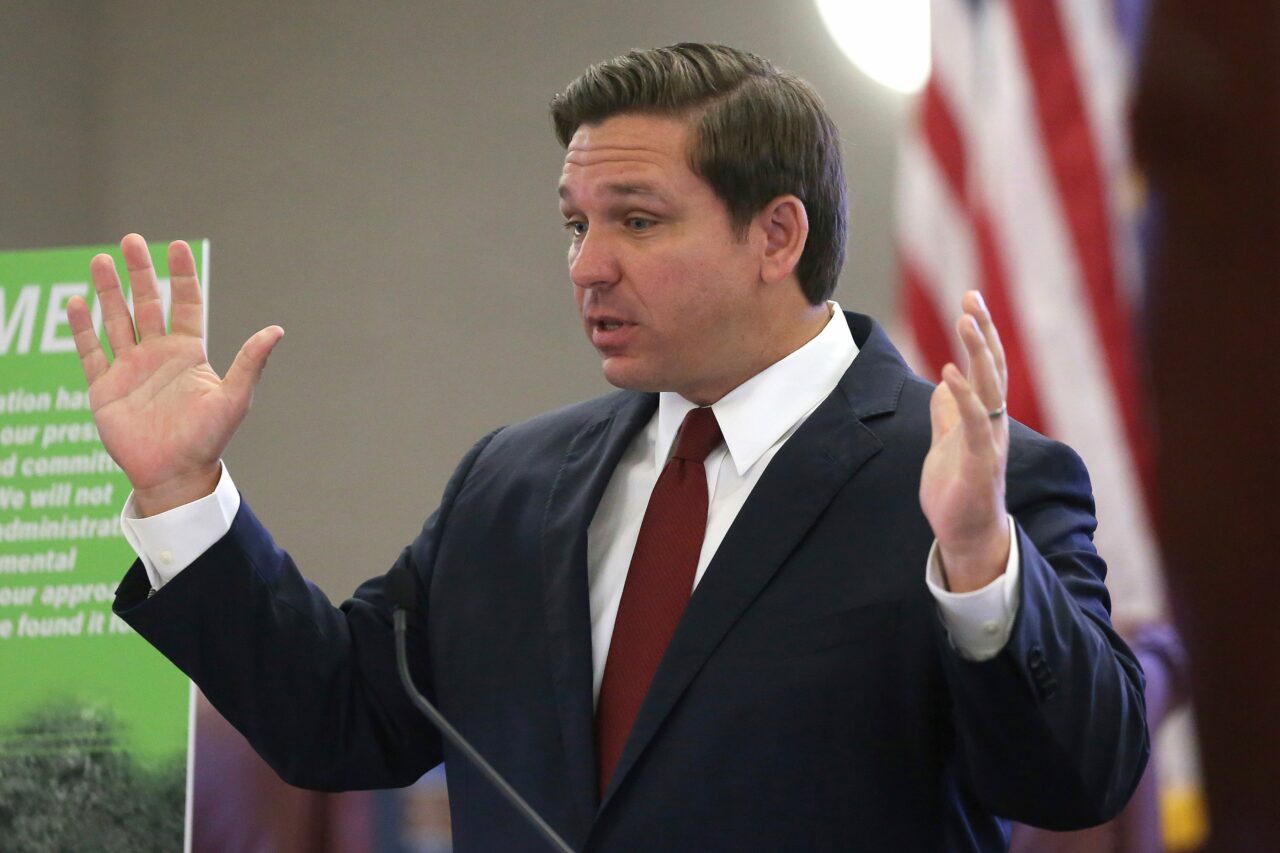 He's got Dems in his corner, so the attacks are pretty fruitless.

Kerner, a Democrat, blasted the story that said Publix received preferential treatment in distributing the drug because it gave lots of money to DeSantis’ campaign, through his affiliated political committee.

If Dems hoped to put DeSantis on the run after that story, where reporter Sharyn Alfonsi referred to the distribution as The Hunger Games, well … that plan appears moot.

“The reporting was not just based on bad information — it was intentionally false,” Kerner wrote. “I know this because I offered to provide my insight into Palm Beach County’s vaccination efforts, and ’60 Minutes’ declined. They know that the Governor came to Palm Beach County and met with me and the County Administrator, and we asked to expand the state’s partnership with Publix to Palm Beach County.

“We also discussed our own local plans to expand mass vaccinations centers throughout the county, which the Governor has been incredibly supportive. We asked, and he delivered. They had that information, and they left it out because it kneecaps their narrative.”

It also kneecaps a prime point of attack by Nikki Fried, assuming she’ll be the Democratic nominee to oppose DeSantis in 2022 — which I do.

(Sorry, Charlie Crist, try as you might, I don’t believe you — or any other Democratic candidate — will beat Fried for the nomination.)

Before the segment aired, Fried tweeted: “Tonight @60Minutes is exposing the nation to @GovRonDeSantis‘ failings & corruption during the pandemic. But don’t lose hope. Stay engaged. Florida can and will do better soon.”

She might have jumped the gun a bit on that one.

Fried can raise a bazillion dollars and run all the spots she wants accusing DeSantis of pandering to big donors at the expense of little guys. But every time she does, DeSantis has the statement by Kerner — a Democrat, remember — as a rebuttal.

As if that wasn’t enough, another prominent Democrat, Emergency Management Director Jared Moskowitz, tweeted that the 60 Minutes story was “bull—t.”

Actually, he spelled out that last word, but this is a family website.

“… I told them that the Publix story was ‘bull—t.’ Walked them through the whole process. The fact that I didn’t sit down on ‘camera’ because I am responding to a 100-year emergency doesn’t change the truth.”

Moskowitz doubled down at a news conference that included DeSantis.

“It’s verifiably false because I know that decision was made in my office. I’m the one making the phone call, and I tried to go to Walmart first. So, the whole Publix pay-to-play thing is garbage,” Moskowitz said.

Politicians receive a gift like this maybe once — twice if they’re lucky — in their careers.

This isn’t just red meat for the base. It’s a well-grilled 2-pound ribeye, hot off the fire. Throw in a baked potato slathered in butter or sour cream, and a Caesar salad. Top it off with a bottle of the finest Pinot Noir.

It has Democrats rushing to defend a Republican Governor in strong and colorful terms. Also, to DeSantis supporters, it validates every bad thing they believe about mainstream media outlets.

“60 Minutes” defended its reporting, which you would expect. I don’t believe that much matters. DeSantis has a whole deck of aces to counter any attack.

If the pay-for-play allegation had stuck, that would have been a huge hurdle for DeSantis in his reelection bid next year. Instead, it gave the Governor a turbo boost.

He’s making the most of this gift, too.

“If they’re going to come down here and smear our efforts, or smear me, or smear great companies in my state, I’m going to hit ’em back right between the eyes here,” he said.

For good measure, he added: “This is one of the biggest face-plants of corporate media.”

That might be a stretch. But hey, when the political gods shine on you like this, carpe omnia. Translation: seize everything.