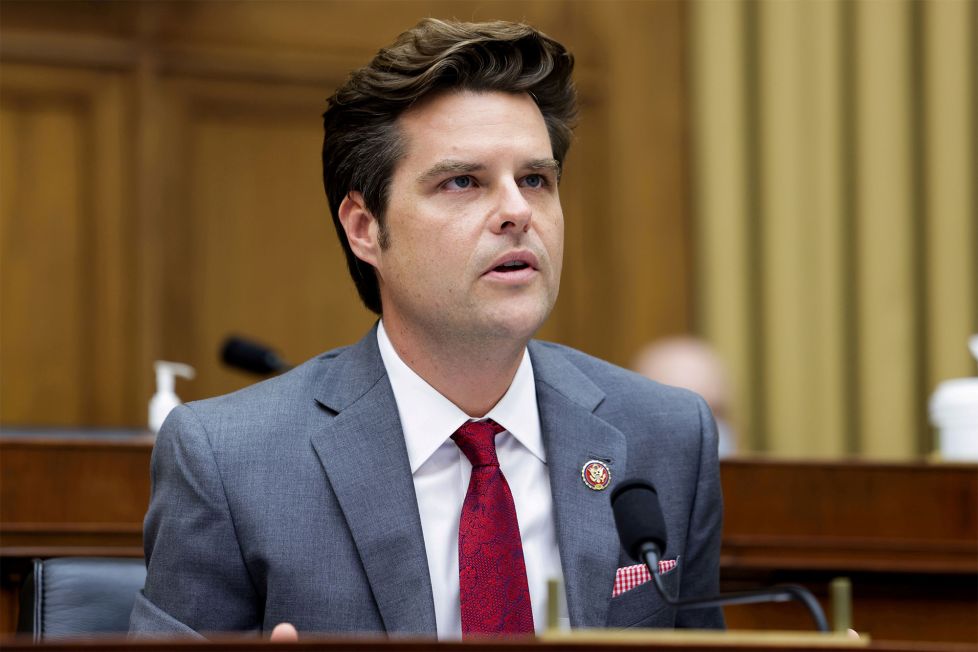 Gaetz reportedly used the payment app Venmo to send Greenberg $900, split between two transactions late at night in May 2018, according to The Daily Beast. The next morning, the publication reports Greenberg used the same app to send three young women various amounts of money, totaling $900.

In one of the transactions to Greenberg, Gaetz labeled the payment, “Test,” but in the other, he reportedly wrote “hit up” and then the nickname of one of the young women. The Daily Beast did not use the nickname in its reporting because the girl had only just turned 18 less than six months before the Venmo transaction.

When Greenberg sent the same amount he received from Gaetz to the three women, he listed them as being for “school” in two of the transactions and for “tuition” in the other, The Daily Beast reported.

The latest comes as Gaetz is reportedly, according to The New York Times, under federal investigation into his involvement with Greenberg and sex trafficking. Greenberg has already been federally indicted on 33 counts, including sex trafficking a 17-year old. Court documents also reportedly say he was “engaged in ‘sugar daddy’ relationships,” which occur when one party pays sums of money in return for a relationship, usually between an older man and a younger women.

Greenberg is now seeking a plea deal with federal prosecutors.

The Daily Beast wrote that Gaetz and Greenberg were connected through Venmo to one of the girls, the newly turned 18-year old.

Neither Gaetz nor Greenberg’s Venmo transactions are public, but The Daily Beast wrote that they obtained records through a source. Those records also showed both embattled men were connected on Venmo to at least one other woman, which also showed Greenberg paid her “several thousand dollars” using a government-issued credit card.

While Greenberg has been charged with crimes, Gaetz has not. Both men deny any wrongdoing. Gaetz has confirmed there is an investigation, but claims the accusations are false, and motivated by what he called an extortion attempt. In an op-ed to the conservative Washington Examiner last week, following initial reporting on the investigation, Gaetz wrote that he had “never, ever paid women for sex.”