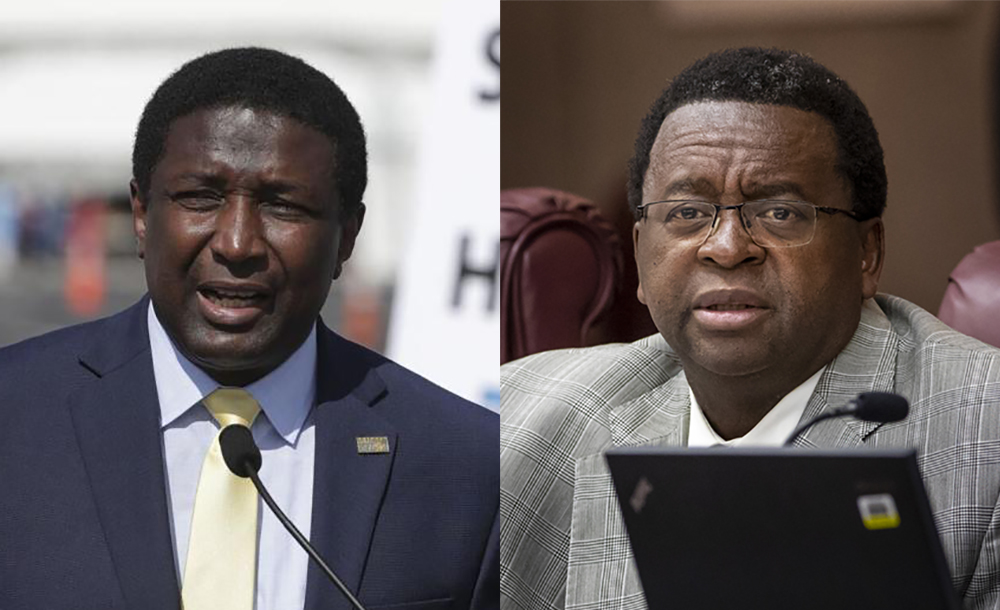 Many voters haven't made up their minds as the field begins to take shape following Hastings' death.

A new poll of the impending Special Election in Florida’s 20th Congressional District shows a packed field with many voters still undecided. But Broward Commissioner Dale Holness and Sen. Perry Thurston appear to hold an advantage among declared and rumored candidates.

The Public Policy Polling survey, obtained by Florida Politics, was commissioned by a Democratic consultant expected to work in the race.

Holness and Thurston had a leg up in all three versions polled. Holness has already said he intends to run, while Thurston is a rumored candidate.

The first version of the poll included Holness, Thurston, Sens. Shevrin Jones and Bobby Powell, Rep. Bobby DuBose, and Broward County Commissioner Barbara Sharief. All six are Democrats. Sharief filed to run well before Hastings’ death. DuBose and Powell are reportedly weighing runs, while Jones announced Thursday he would forego a run and remain in the Senate.

That version found Holness with 13% of the vote, followed by Thurston at 11%, Powell at 9% and DuBose at 7%. Sharief earned 6% while Jones pulled in just 3%. The remaining 50% of voters said they were undecided.

That leaves plenty of room for movement in a field this tight.

The second scenario dropped DuBose from the field, and that sent Thurston surging. In that scenario, Thurston pulled in 14% support, followed by Holness at 11%, Powell at 10%, Sharief at 7% and Jones at 4%. The remaining 53% of respondents were undecided.

A third and final version polled only Holness, Sharief and Thurston. In that field, Holness and Thurston both pulled in 15% support, with Sharief earning 11% and 59% of voters saying they were undecided.

Holness and Sharief held the strongest favorability ratings, though again plenty of voters said they could be swayed. Holness registered a 32%-6% (+26) favorable/unfavorable rating, with 62% unsure. Sharief’s numbers ran 28%-3% (+25), with 70% unsure. Thurston sat at 25%-5% (+20), also with 70% unsure. The remaining three candidates all sat below a +15 rating, with around 80% of voters saying they were unsure.

Democratic candidates Matt Boswell, Sheila Cherfilus-McCormick and Marlon Onias have jumped in as Democrats as well, though were not polled. Republican candidate Greg Musselwhite is also running, and was also not polled in the deep blue district.

Gov. Ron DeSantis will decide the date and time for the Special Election contests. Recent congressional vacancies show Hastings’ seat would be filled by this summer, though DeSantis is not bound by any specific timeline.

nextSunburn — The morning read of what’s hot in Florida politics — 4.16.21