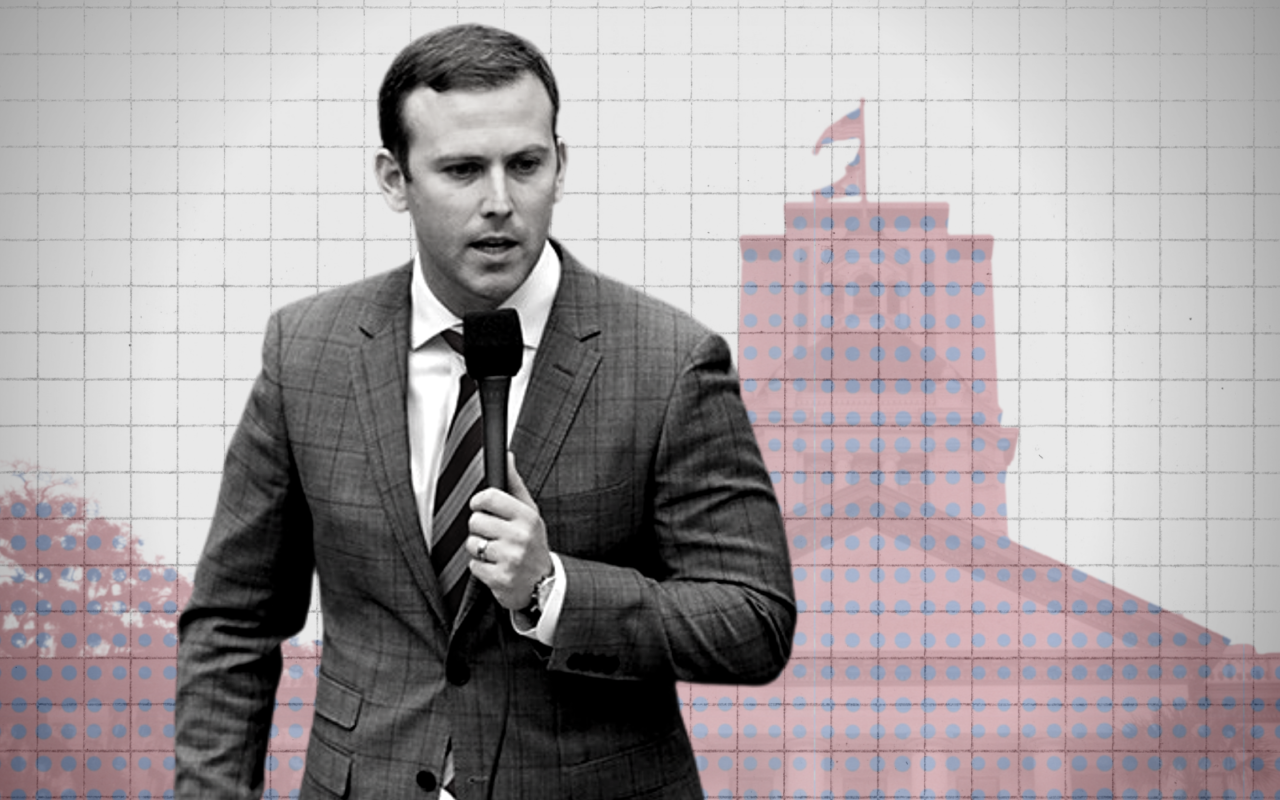 Priority bills are zooming to the Governor's desk.

Pretty much every piece of legislation House Speaker Chris Sprowls has pushed this Legislative Session made it through the Senate with near-unanimous votes, and they’re bills the entire state can celebrate along with him.

The first was the state workforce system overhaul (HB 1507) carried by Reps. Clay Yarborough and Lauren Melo. The Reimagining Education and Career Help Act (REACH) would coordinate data collection among Florida’s workforce and education programs, and only funds workforce partners that can show results. A new REACH team in the Governor’s Office would facilitate the effort.

But the good day didn’t stop there.

The Senate approved a long list of bills that will greatly improve educational outcomes for young Floridians.

The likely favorite for Sprowls is the New Worlds Reading Initiative, HB 3 by Rep. Dana Trabulsy, a widely praised plan to send free books to elementary school-age kids who are reading behind grade level. That program is only made better by the Senate sending Rep. Vance Aloupis’ literacy bill (HB 7019) to the Governor with a 40-0 vote.

Lawmakers also passed arguably the biggest expansion of school choice ever. The bill, HB 7045 by Rep. Randy Fine, streamlines the school’s school choice scholarship offerings with the end result being more kids getting more opportunities to get an education that fits their needs.

And though it seemed uncertain a few days ago, Rep. Erin Grall’s bill (HB 419) to bring much-needed accountability to voluntary prekindergarten providers aced the Senate after soaring through the House on Thursday.

Another win: The Portraits in Patriotism bill got the green light. HB 5, carried by Rep. Ardian Zika, would require high school government classes to include a comparative discussion of political ideologies, including a requirement that students hear directly from the source about the horrors communism survivors experienced.

Finally — on education at least — the House bill aimed at curbing Chinese influence in our universities and research institutions got the OK. Under HB 7017, another Grall-sponsored bill, institutions will be compelled to disclose whether any of their research funding comes from “foreign countries of concern.”

Shall I continue? Yes? Good, because we haven’t even touched the House’s Entrepreneurship or “Accountability Now” agendas yet.

The former includes a bill by Rep. Jim Mooney’s (HB 667) that would modernize building inspections by allowing requests to be submitted digitally — seriously, this is a no-brainer, but much needed nonetheless.

A bill by Rep. Will Robinson (HB 1059) bill would similarly modernize the construction permit process and also require local governments to speed up the process for reviewing permit applications and give contractors a chance to correct their application if it’s denied.

And Rep. Joe Harding’s occupational licensing bill (HB 735) would preempt local governments from requiring licenses or fees to perform trades the state does not — essentially putting money back into blue-collar workers’ pockets.

All three are headed to Gov. Ron DeSantis.

Two bills on the House’s Accountability Now Agenda are also inbound. The first, HB 1103 by Rep. Randy Maggard, would require special districts to tell Floridians more about how they’re spending the tax money they collect, adding transparency to their often hazy financials. Rep. Tom Fabricio’s HB 1137, meanwhile, would add more transparency to the IT procurement process.

Under a bill by Rep. Traci Koster (HB 1157) free-standing hospital emergency rooms would not be able to hold themselves out as urgent care clinics. The bill could save Floridians a lot of heartache since ER’s often bill more than urgent care facilities by an order of magnitude.

Voters will have the ultimate say, but thanks to Rep. Linda Cheney, a constitutional amendment (HJR 1377) that would give Floridians a property tax break for making flood mitigation improvements will be on the 2022 ballot.

The Senate also OK’d Rep. Mike Giallombardo’s bill (HB 1297) to bolster the state’s cybersecurity infrastructure to prevent attacks like those recently experienced at Oldsmar and the Broward County School District.

Finally, and I mean it this time, Zika’s bill (HB 9) to protect Floridians from vaccine-related scams — whether coronavirus vaccines or those in a future pandemic — cleared the Senate unanimously after getting the House’s stamp of approval in the first week of Session.

None of these bills came from lobbyists or special interest groups. None of them were being pushed from anyone who doesn’t have a nameplate in the House chamber.

They are simply good government bills that emerged from the House and passed on their own merits because they are the right thing to do.

If House keeps sending good bills to the Governor — and it seems they will — Sprowls is going to need to get DeSantis a fresh pen.