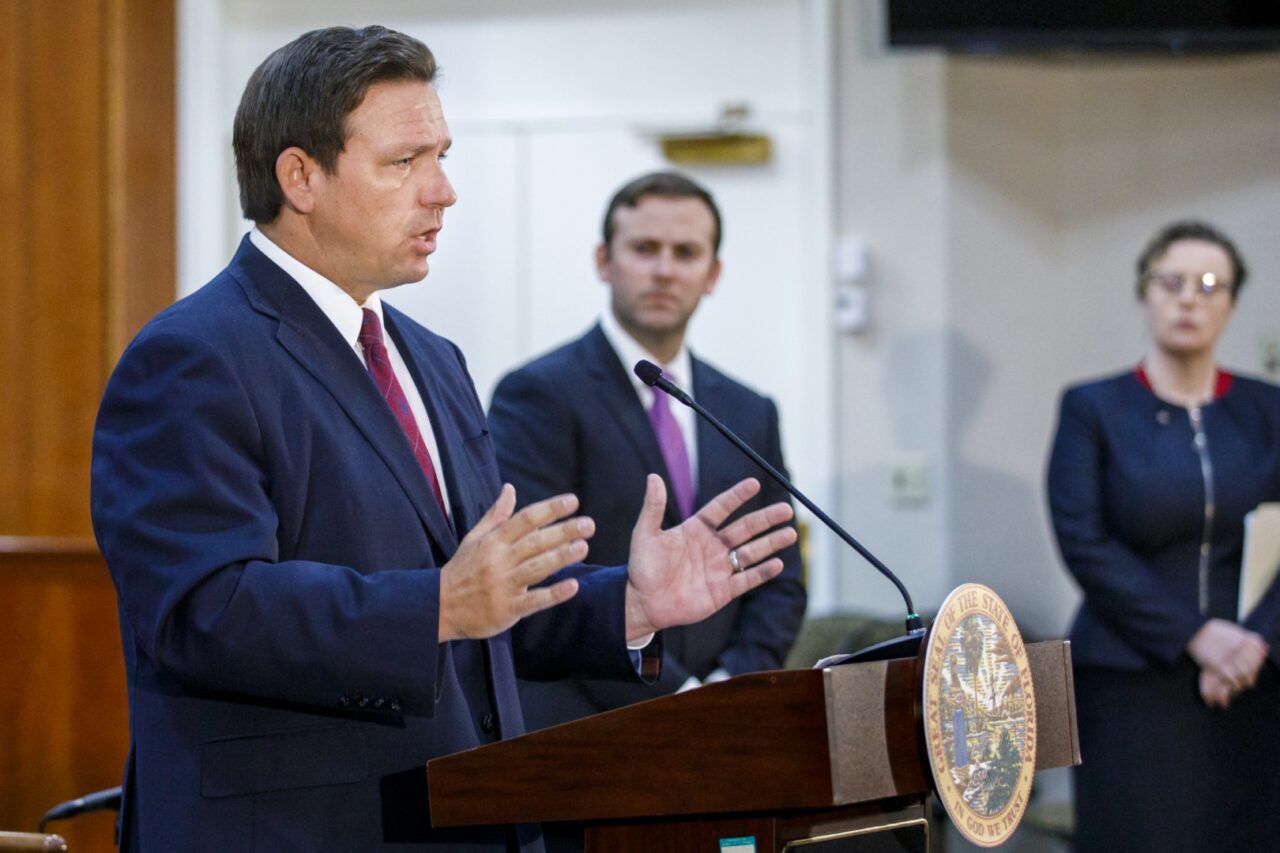 The Governor has leveraged the Legislature and conservative media to bolster support ahead of 2022 — and 2024.

Several of Gov. Ron DeSantis‘ priorities have passed the Legislature or are primed to pass this week.

House Speaker Chris Sprowls and Senate President Wilton Simpson have cleared the way for several of the Republican Governor’s top priorities ahead of the start of his reelection campaign. That’s included both bipartisan measures and some initiatives that Democrats and even some Republicans have opposed.

According to the House Speaker, who held a media availability Tuesday after a floor session, the Governor’s success has been because of their shared philosophies, how he leverages the media, and his approach to governing.

“I think this is a hands-on Governor,” Sprowls told reporters. “I think it’s a hands on Governor who cares about his priorities, engages with the Legislature, engaged with me, engaged President Simpson.”

DeSantis last week signed the priority bill he backed first, which received the distinction of House Bill 1, into law. That measure, which passed over opposition from Democrats and one Republican senator, would crack down on violent protests.

Passing that bill required required Simpson and Senate Republican’s intervention to leapfrog it over the Senate Criminal Justice Committee. Committee Chair Sen. Jason Pizzo, a Miami-Dade Democratic, refused for weeks to give the bill a hearing before leadership ultimately fast-tracked the House version through the Appropriations Committee.

And the first bill the Governor signed this year (SB 72) granted COVID-19 liability protections to businesses and health care facilities. Like the anti-riot bill, that passed despite opposition from Democrats, who argued the bill is blanket protection for businesses.

Another of DeSantis’ priorities to curb foreign influence in research institutions (HB 7017) awaits his signature after receiving unanimous support in both chambers.

Still working their way through the Legislature in the final week of Session are bills to protect internet user’s data privacy (SB 1734/HB 969), erect guardrails around drop boxes and early voting (SB 90) and prevent the deplatforming of conservatives on social media (SB 7072). The internet data privacy measure has received bipartisan support, but even some outspoken Republicans, like Sen. Jeff Brandes, have criticized the other two as problematic or unconstitutional.

Sprowls said part of DeSantis’ effectiveness has been his efforts to include him and Simpson in discussions, even outside of the Session. Before the two had been sworn in for their terms as Speaker and President respectively, DeSantis invited them to serve on his Re-open Florida Task Force, a team he assembled to begin guiding the state through the pandemic.

“We share the Governor’s philosophy and we worked things that he cared about,” Sprowls said. “His priorities, we share them, and we included them when we could.”

Still, lawmakers haven’t been completely subservient to the Governor.

They handed him legislation (SB 50), which he signed late on a Monday night, to enforce the collection of online sales taxes and put the proceeds toward alleviating taxes on businesses. Democrats like Agriculture Commissioner Nikki Fried, a possible 2022 challenger, immediately began hitting him for what some characterize as a $1 billion tax increase on Floridians.

DeSantis has also used conservative media as a megaphone to amplify his policies and priorities.

Throughout the pandemic, the Governor has made frequent appearances on the Fox News evening circuit. He’s promoted his pro-business, anti-lockdown approach and highlighted legislation like the anti-riot bill.

“I think it’s helpful to have a Governor who is going to go out there and actually talk about what’s in the substance of the bill,” Sprowls said. “It allows that to get directly into the living room of people who are curious about what it is we’re doing.”

Meanwhile, DeSantis has emerged as a possible successor to former President Donald Trump to take the helm of the GOP in 2024, buoyed by hits from the mainstream media and praise from the right. Several polls show him as a leader in the race if Trump sits the election out.

On numerous occasions this Session, Pizzo has suggested lawmakers are passing bills to help pad DeSantis’ resume for his 2022 gubernatorial reelection campaign and even the possible 2024 bid. The latest reference came during debate Monday over the social media deplatforming bill.

“We’re at the point right now where I’m just writing notes down of a speech that’s going to be given in Iowa in a couple years, not in your district,” Pizzo said. “This is not for your constituents.”

While several of DeSantis’ priorities are popular with his base, Sprowls argued support for the Governor’s initiatives, particularly the anti-riot bill, is broader than that. Public safety is government’s top responsibility, he added.

nextThe Florida House, and Chris Sprowls, are having a very good week