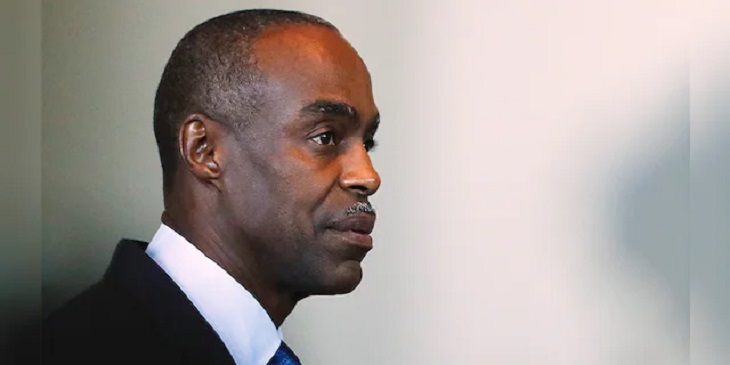 Runcie was arrested last week and is facing charges that he lied to a grand jury.

After Broward County Schools Superintendent Robert Runcie was arrested last week on perjury charges, his attorneys said he would not resign. On Tuesday, he changed his tune and offered to negotiate a separation agreement.

“I’m willing to discuss a path of mutual agreement of separation,” Runcie told the Broward County School Board during a meeting Tuesday.

“I will step aside so you can have the peace that you are looking for,” he added, addressing two members of the School Board who ran and won for seats after losing loved ones during the 2018 Parkland shooting.

Last week, the Florida Department of Law Enforcement (FDLE) arrested Runcie and Barbara Myrick, who serves as general counsel for Broward County Schools. The charges stem from their statement to a grand jury, established in 2019 to investigate school safety measures after the attack at Stoneman Douglas High School. Runcie and Myrick are accused of lying to that body.

“Mr. Runcie will enter a plea of not guilty to the charge,” read the statement from Runcie’s attorneys. “We are confident that he will be exonerated and he intends to continue to carry out his responsibilities with the highest level of integrity and moral standards, as he has done for nearly ten years in his role as Superintendent.”

Runcie echoed that sentiment with a video statement responding to the charges.

“I am confident that I will be vindicated and I intend to continue to carry out my responsibilities as superintendent with the highest level of integrity and moral standards as I have done for nearly 10 years,” Runcie said.

That tone changed Tuesday, as Runcie said he would consider negotiating a separation package with the School Board.

Runcie took over the Broward superintendent role in 2011. Before coming to Broward, Runcie served as chief information officer for Chicago Public Schools. He eventually moved his way up to chief administrative officer.

He achieved success after securing the Broward superintendent role, receiving a 2016 Superintendent of the Year award and other acknowledgements.

But Runcie has also been criticized for the district’s handling of the 2018 Parkland attack. Several individuals who lost loved ones have voiced their desire to replace Runcie. They argue the district did not do enough to respond to warning signs exhibited by the shooter in the years before his attack.

Runcie has also received criticism over Broward’s PROMISE Program, which was meant to be an alternate disciplinary track to keep students out of the criminal justice system. Runcie falsely said the Parkland shooter had never been entered into the program (he had). And the Sun Sentinel also found the county gave misleading information about the program’s success rate.

A 2019 vote by the School Board to remove Runcie failed. But Gov. Ron DeSantis sought to impanel a grand jury to seek information on how school districts are handling school safety issues, including a look into where available funds are being spent.

The grand jury has not held back in its criticisms of school districts in the wake of the 2018 Parkland attack. Among the areas of concern identified by the commission were radio communication problems between law enforcement agencies, the lack of armed personnel on campuses and failures by schools to report violent incidents, which could serve as warning signs for future attackers.