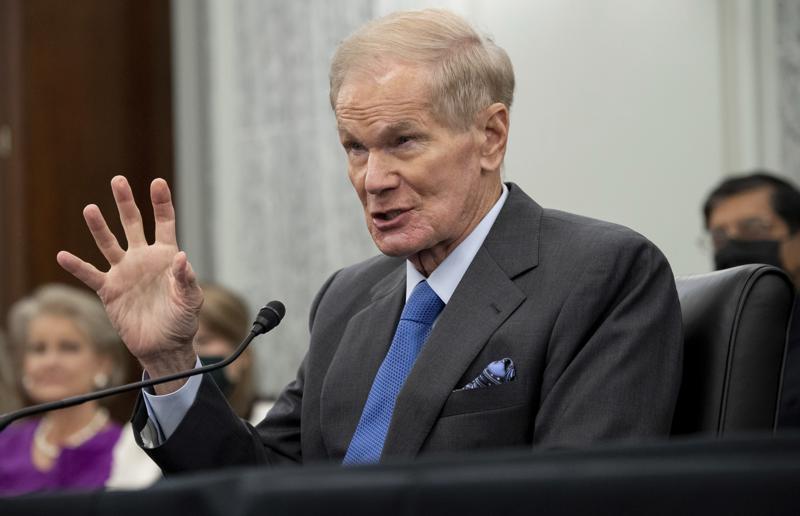 Nelson glides into a flawless nomination.

The Senate has confirmed Bill Nelson as NASA administrator, by unanimous consent.

“I am honored by the President’s nomination and the Senate vote,” Nelson said in a statement. “I will try to merit that trust. Onward and upward!”

There was little surprise. Nelson’s three terms in the Senate, as a Democrat from Florida, had won him strong support and bipartisan respect throughout that body. Among his supporters are Republican Texas Sen. Ted Cruz, with whom Nelson had co-sponsored numerous NASA bills, and Commerce Committee Ranking Member Sen. Roger Wicker, a Mississippi Republican, who said Nelson was “well-suited.”

“NASA could not be in better hands. Who better to lead it than former FLA Sen. Nelson, a man who mastered space in flight and in Congress,” tweeted Democratic Rep. Debbie Wasserman Schultz of Florida.

Nelson, who left the Senate in 2019, had been a leader in space policy legislation in Congress for decades. He has been a major supporter of NASA since he flew on space shuttle Columbia as a congressman in 1986.

Since leaving the Senate, Nelson had served on the NASA Advisory Council.

He is the 14th and oldest administrator in NASA’s 62-year history.

Jurczyk, earlier this month, said he was pleased to see Nelson’s nomination.

“Bill has a proven history of supporting our work here at NASA, and has helped advance America’s position in human exploration, science, aeronautics, and technology,” Jurczyk said in statement issued April 5 by NASA. “While the Senate must confirm the nomination, I look forward to continuing to work with Bill and the Biden-Harris administration to carry out NASA’s many critical missions in the years to come.”

Nelson promised to “help lead NASA into an exciting future of possibilities.”

“Its workforce radiates optimism, ingenuity and a can-do spirit,” Nelson said. “The NASA team continues to achieve the seemingly impossible as we venture into the cosmos.”

Nelson, 78, grew up near Cape Canaveral and was serving as a Democratic congressman when he launched aboard space shuttle Columbia on Jan. 12, 1986. His commander was Charles Bolden Jr., who later served as NASA administrator under President Barack Obama — at Nelson’s urging.

Just 10 days after their flight ended, the space shuttle Challenger failed shortly after liftoff and all seven astronauts were killed.

Nelson, who has a law degree and is a former captain in the U.S. Army Reserve, served six terms in the House of Representatives from 1979 to 1991. He was elected in 2000 to the Senate, where he served until his defeat in 2018 by then-Gov. Rick Scott.

Additional reporting from The Associated Press is included in this report.

nextSunburn — The morning read of what’s hot in Florida politics — 4.30.21