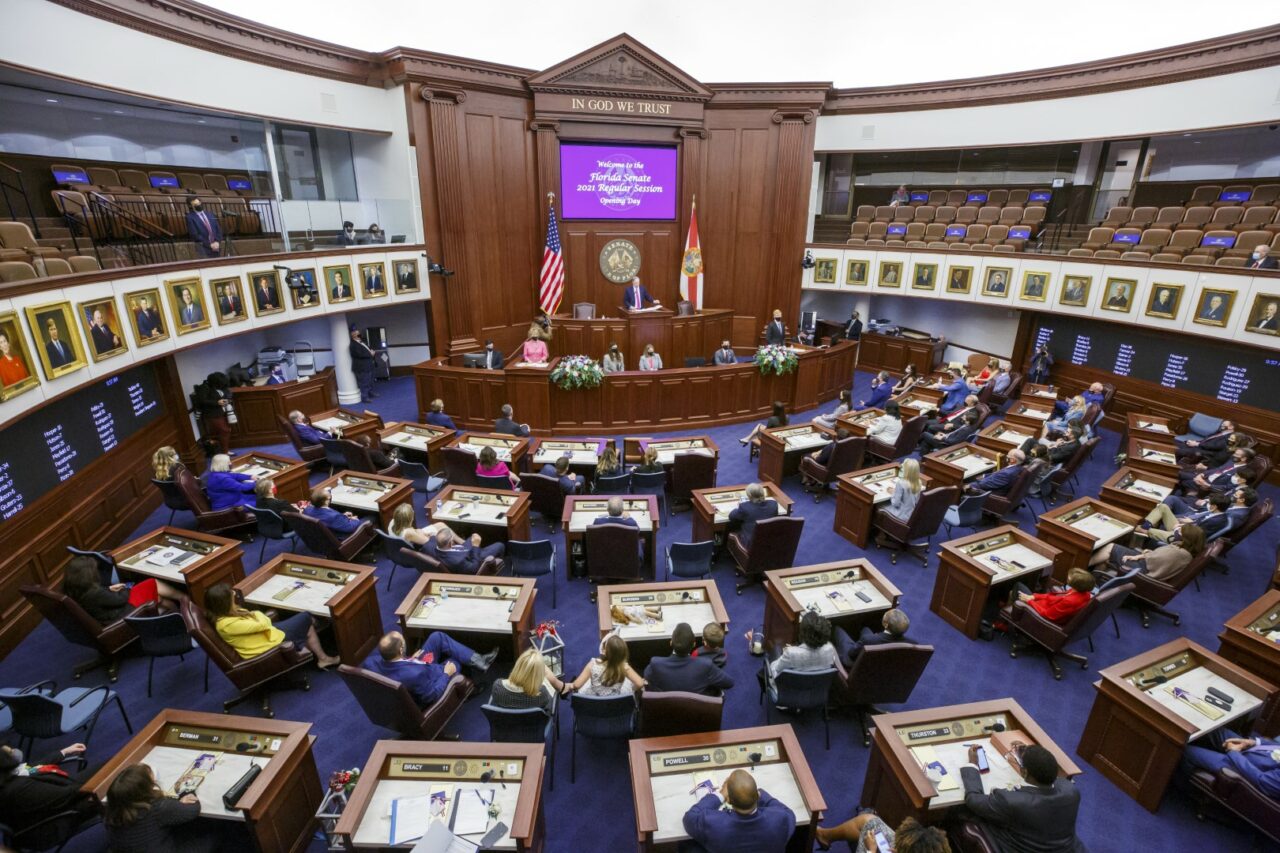 Several of the bills scrutinized by the group are expected to draw lawsuits from advocacy organizations.

The Southern Poverty Law Center Action Fund has released its reflection on this year’s Legislative Session after it came to a close on Friday. The consensus of the advocacy group: there’s much work left to be done in the Sunshine State.

Mirroring the response of other civil rights groups, the SPLC Action Fund condemned the passage of the Republican-backed anti-riot bill (HB 1). The legislation stiffens penalties against violent protest, as well as protects police budgets from cuts by allowing local lawmakers to appeal proposed reductions to the Governor and his Cabinet.

Opponents of the legislation, including the SPLC, argue that it attempts to silence protesters.

The non-profit also criticized the last-minute passage of the high-profile election laws bill (SB 90), which would implement stricter voting laws in the state, especially surrounding drop boxes. The SPLC scrutinized portions of the proposal that would limit groups from providing food and water to voters standing in line, restrict who the handling of absentee ballots and restrain the use of drop boxes.

“HB 1 and SB 90 are a direct backlash to the tremendous mobilization of communities of color around issues of racial injustice, police brutality and voter restrictions,” Carrie Boyd, policy counsel for the SPLC Action Fund, said in a statement. “They drew not from reality to justify their passage but from white supremacist online disinformation ecosystems. Instead of encouraging civic engagement, HB 1 and SB 90 criminalize participation in our democracy in an odious and destructive way.”

Both HB 1 and SB 90 are expected to draw lawsuits from civil rights groups challenging the bills’ constitutionality; however, Gov. Ron DeSantis remains undeterred.

The SPLC also expressed opposition to the passage of HB 7045/SB 48, a bill that would add an unprecedented $200 million expansion of Florida’s private school voucher system, which the SPLC labels as a “scheme.”

The organization argues that the state is not focusing enough on the public school system, with Florida diverting more funding to private schools than any other state in the country. The SPLC also criticized lawmakers only approving a $38 increase in per-student spending under this year’s education budget

“Parents of public schoolchildren should be outraged by this bill and demand that all legislators take more seriously their obligation to maintain and invest in our public schools,” Bacardi Jackson, SPLC Action Fund managing attorney, said in a statement. “Lawmakers have a duty to offer school-age children a quality education free from discrimination, not to send money that should be going to public schools to unaccountable private schools. This policy is wrong-headed and significantly undermines our public education system and the families who send their students to traditional public schools.”

Despite the wave of criticisms, the group did offer praise for several bills that made it through this year.

Including in the praise is SB 590, which seeks to reduce the risk of unlawful Baker Acts against children in school. But, the organization did argue that the bill missed an opportunity to require parental consent before their child is sent to mental health hospital for evaluation and treatment.

“We applaud the bill’s requirements for schools to employ de-escalation strategies, notify parents if their child is Baker Acted and collect certain data, among other provisions that could help curb some of the current unnecessary and unlawful uses of the law,” Jackson said in a statement. “However, we would have liked to see more emphasis placed on parental consent. This is a deeply traumatizing experience for children of all ages and the decision should be made in concert with parents and caregivers.”

The first of the bills, SB 274, passed the Senate unanimously. The legislation would expand juvenile expunction laws to include felonies and other arrests beyond a minor’s first offense upon completion of a diversion program.

The latter, SB 166, would provide for confidentiality of related arrest records exemption.

“This legislation will allow children to enter adulthood without the stain of a criminal record,” Boyd said in a statement. “This bill was passed in a bipartisan manner, and we hope it can be a model of what can be done moving forward.”