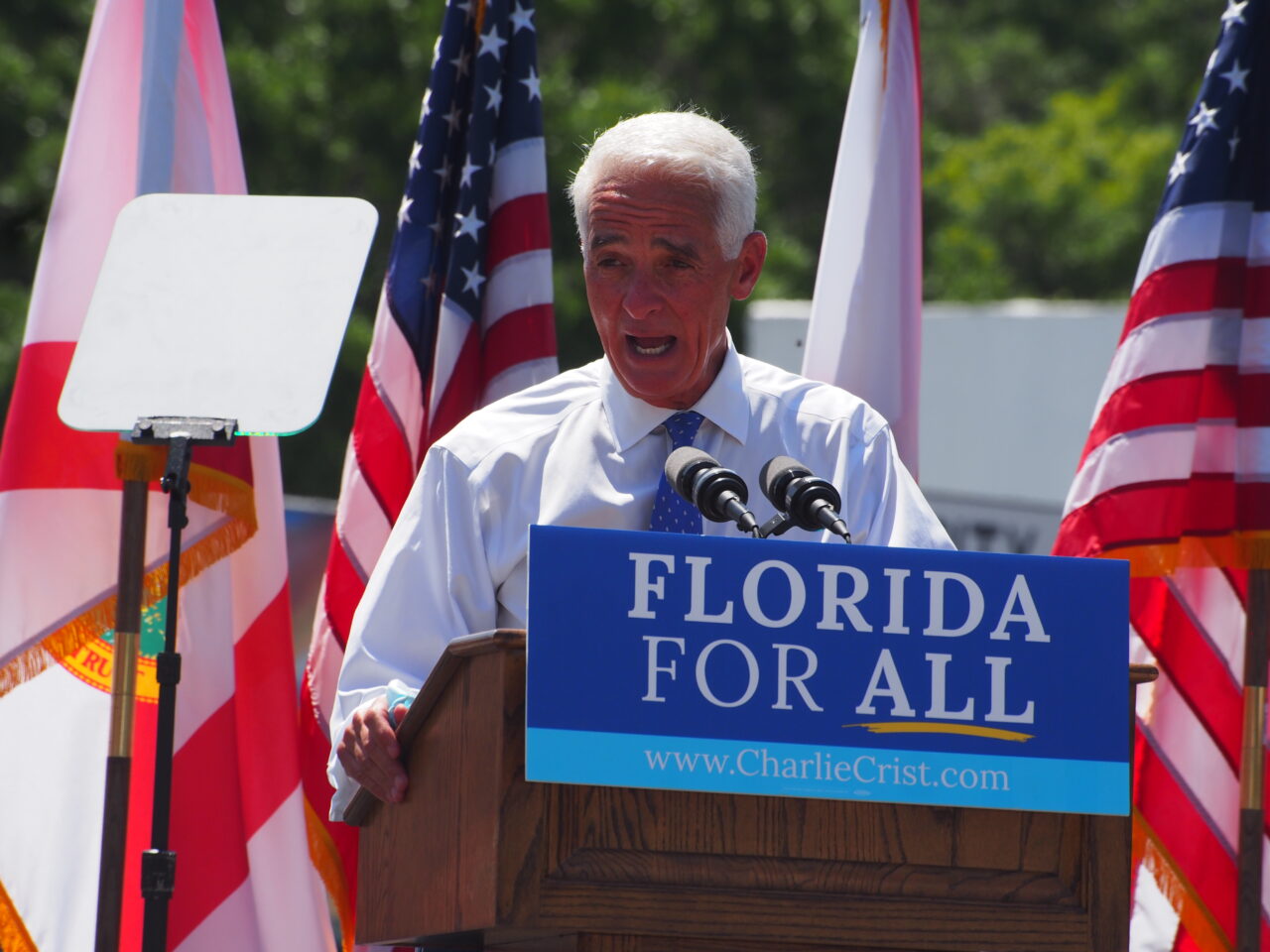 U.S. Rep. Charlie Crist is leaning into Gov. Ron DeSantis an hour after the Governor signed this year’s elections package into law.

While campaigning around Jacksonville Thursday morning, the Democrat said the new law (SB 90) creates hoops for voters who want to mail-in ballots. Another provision prevents people from handing items to voters within 150 feet of a polling place if they hand those items, including food and drink, with the intent to solicit votes.

Some Democrats have called the bill voter suppression and likened it to “Jim Crow 2.0.” Speaking at an event at the Pig restaurant in Jacksonville, the current Congressman hoping to retake the Governor’s Mansion joined in the voter suppression rhetoric.

“If you’re about to vote, they’re going to starve you,” Crist said. “What the hell is that? Is that just cruel and unusual punishment to voters? They’re trying to suppress the vote. Don’t be confused.”

Democrats have also compared the bill to Georgia’s recently signed law, calling it “Georgia-like” and “Georgia-lite.”

“They just did it in Georgia, and half the companies that advertise there left,” Crist continued. “They ought to do it here. It’s wrong what they’re doing to our people. It’s not right. We deserve better.”

The Congressman’s comments followed a video he released Thursday morning ahead of the bill signing. He titled the video, shot as Crist was en route to Jacksonville, “Voter suppression is anti-democracy.”

Backed by extremely overexposed lighting, the former Governor turned up the contrast between his policies while in office and the latest bill, which is already facing legal challenges. He criticized the “anti-democracy crowd in Tallahassee.”

“What they need to do is encourage people to vote. When I was Governor, I extended the hours of voting when we had long lines. Now, if you’re in a long line, you can’t get water from somebody, especially if you’re 150 feet from voting,” Cris said. “So if you’re thirsty, too bad. That’s really kind and gracious.”

For the first time in Florida, more Democrats voted by mail than Republicans. Many of the new provisions target mail-in voting, including a measure requiring those wishing to vote by mail to request a remote ballot before every general election.

DeSantis and Republican leaders have touted Florida as the gold standard in election laws after the 2020 campaign, and many Democrats agreed. However, Republicans said they want to build on those successes.

A watered-down version of the ballot harvesting proposal made it into the final bill, and many of his dropbox recommendations did too. Among those are an expanded no-solicitation zone around polling places and a prohibition on handing out items, including food and drink, with the intent to sway a voter’s opinion. Ballots will also face increased signature review standards.

One bill sponsor, Rep. Blaise Ingoglia, said he wanted to outlaw possessing a ballot other than your own. However, the final version allows people to carry the ballots of family members and two others.

“We’re all Americans; we’re all Floridians,” he said. “People who vote aren’t Republican, Democratic or Independent. They’re just Floridians, and they deserve the right to vote and to be respected with decency.”

previousSunburn — The morning read of what’s hot in Florida politics — 5.6.21