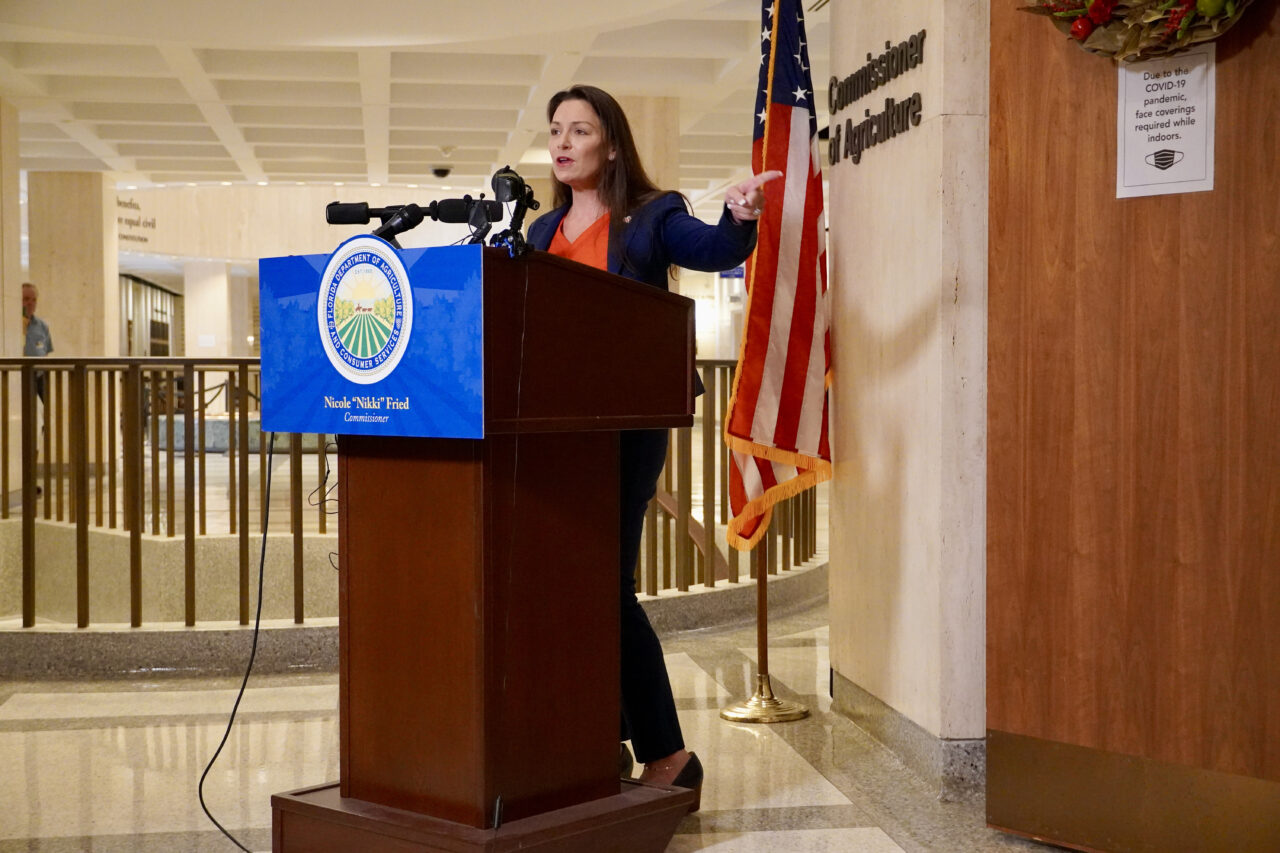 Fried isn’t the only person who doesn’t like the new election laws. The bill was signed around breakfast time. Two court challenges had been filed before lunchtime. Both allege the new laws are unconstitutional.

Fried said she had her legal team file an amicus brief, a legal document to show support for one side of a lawsuit. Fried said she supported the League of Women Voters, a third-party voter registration group and a plaintiff in one of the suits.

Fried said she’s looking at other legal options, too.

“We’re looking at if, in fact, I have the ability to actually be a plaintiff in this case and other potential lawsuits that may be swarming out there,” Fried said.

Fried accused DeSantis of using the legislation, which has the effect of restricting voting access in ways minority voters often vote, to secure an upcoming election victory for himself.

“I have no doubt that this piece of legislation was for the sole purpose of trying to ensure a reelect for him in 2022, to only run for President in 2024,” Fried said.

In the past, DeSantis has called comments about a possible presidential bid, “speculation.”

Fried predicted Florida voters will be on her side over the new election laws.

“They will rise up. They will see Ron DeSantis for who he is, and that is an authoritarian dictator with borderline fascism that we are seeing here in the state of Florida,” Fried said.

Clapback from Agriculture Commissioner Nikki Fried whenever DeSantis tries to have a media moment has become a custom over the last few months. Fried, the only statewide elected Democrat since 2012, is considering a run for Governor against DeSantis in 2022.

“He took the state plane — the plane you and I pay for — to fly down to a location two miles from his master at Mar-a-Lago, in front and inside an area where there’s a Trump club location,” Fried said alluding DeSantis’ relationship with former President Donald Trump. “The only camera watching was Fox News.”

“We’re proud that we were able to do it on national television,” DeSantis said at a public press conference in Pensacola later that same day.

When DeSantis signed the bill, he called it “the strongest election integrity measures in the country.” The statement echoes what supporters of the legislation said all Session long — the new laws are necessary for election security.

But people who oppose the new laws disagree.