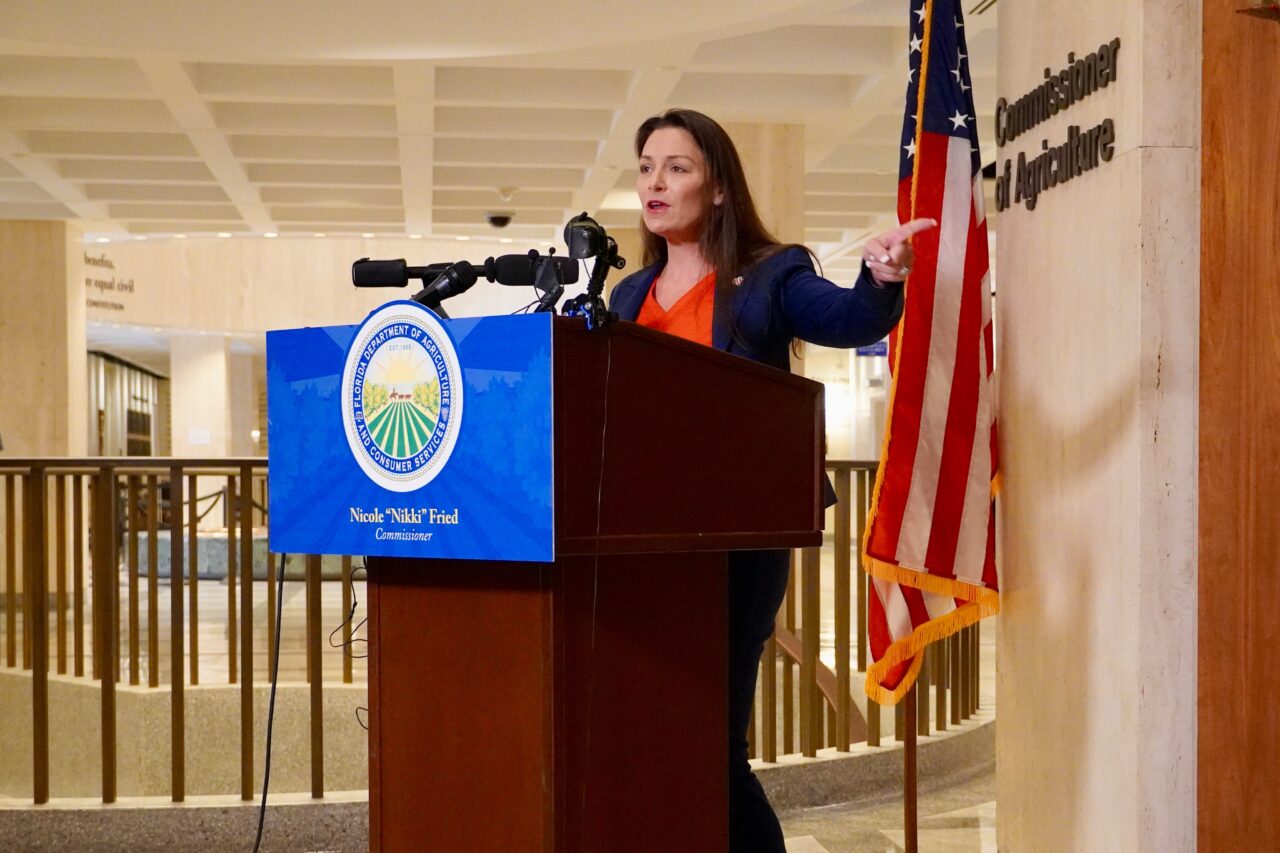 Fried pointed to countries such as China and Venezuela.

Agriculture Commissioner Nikki Fried blasted Gov. Ron DeSantis on Thursday for excluding all media outlets except Fox News Thursday as he signed into law a bill that would tighten voter laws in Florida.

The Republican Governor is a frequent guest on the right-leaning cable news outlet. DeSantis appeared or was mentioned by the outlet more than 500 times for a six-week period starting in March, POLITICO Florida reported.

“He is using Fox News as a state news source,” Fried told reporters in the Capitol after the bill signing. “We see this in other locations across the world — China, Venezuela.”

The reaction was swift from other local and national media outlets as well as Democrats over the closed-door event. Many contended the move flies in the face of Florida’s Sunshine laws.

Fried, the state’s top-ranking Democrat and a rumored gubernatorial contender, asserted the move is not out of character for DeSantis.

“Every time that he has a big announcement or wants to talk about these red-meat issues, he only goes to Fox News,” Fried continued. “You haven’t seen him sit down with any other networks. The fact is that he is scared of getting this information out to the rest of the public.”

Later, Fox News provided a statement to Business Insider suggesting it had nothing to do with the decision.

“FOX & Friends did not request or mandate that the May 6 event and/or interview with Gov. Ron DeSantis be exclusive to FOX News Media entities,” a Fox News spokesperson said in the statement.

The event at the Hilton at Palm Beach International Airport took place a week after the Republican-led Legislature passed the elections bill (SB 90).

The measure, which took effect upon DeSantis’ signature, incorporates much of his plan to set up what one lawmaker called “guardrails” around mail-in ballots and election administration law.

WPTV captured the moment DeSantis exited the hotel as reporters and supporters descended on him.

“It was on national TV; it wasn’t secret, guys,” he replied, laughing off questions before walking to the motorcade.

previous'COVID-19 is not over': Rick Kriseman urges vaccinations amid emergency order ban