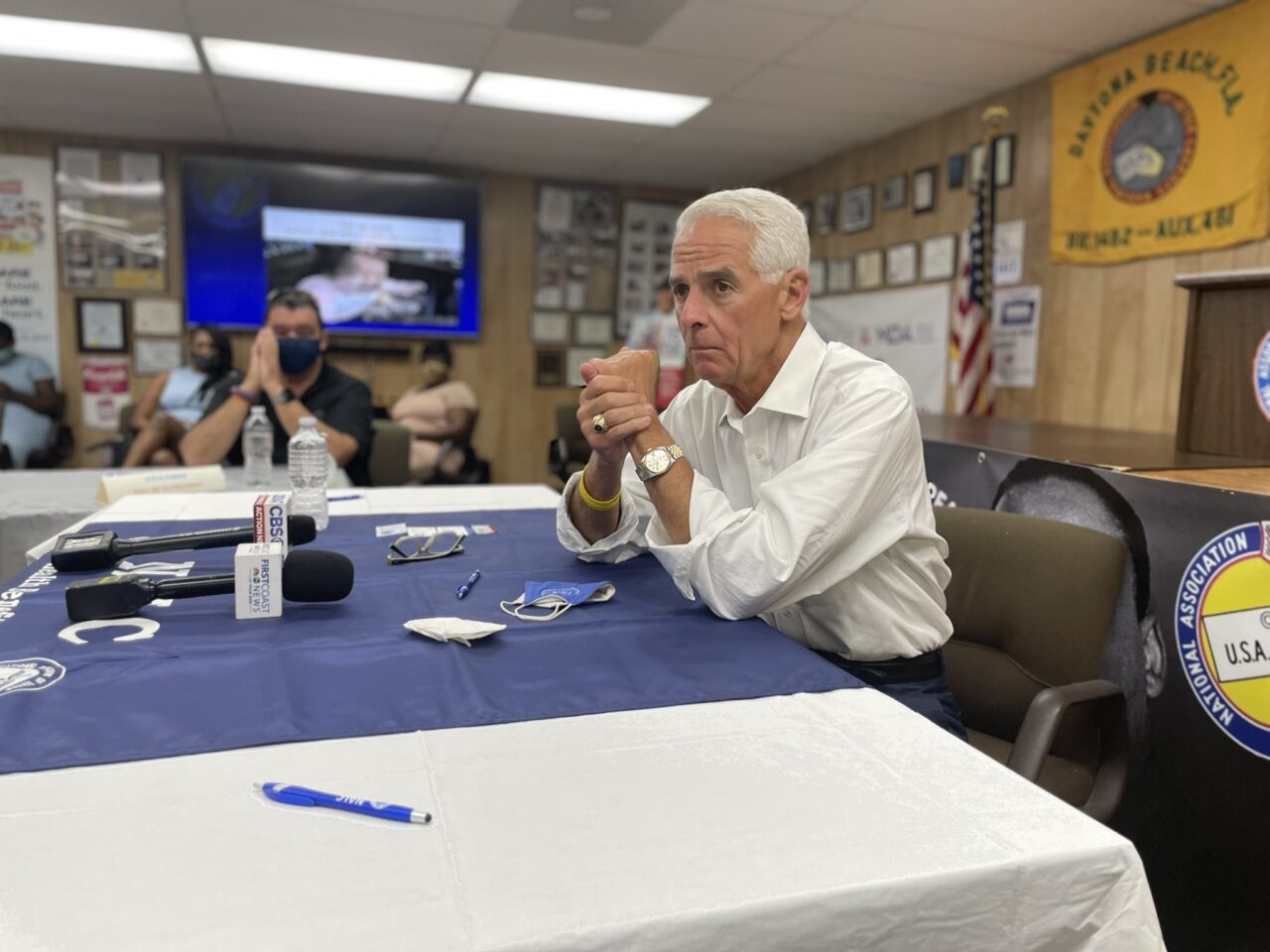 Crist visited Jacksonville, Orlando, Pensacola and Lake County in his first week on the campaign trail after announcing his candidacy Tuesday.

U.S. Rep. Charlie Crist is showing no signs of stopping after announcing his entrance into the 2022 gubernatorial race Tuesday.

Crist is the first major Democratic candidate in the race, likely to face Agriculture Commissioner Nikki Fried, who is widely expected to run as well.

Throughout the past week, the congressman has been making rounds across the state, from launching his campaign in his home district in St. Petersburg, to courting Jacksonville voters and politicos Thursday. Crist also hit Orlando, Pensacola and Lake County in his first week on the campaign trail.

And, he’s not taking the weekend off.

On Saturday, Crist is in Miami with plans to meet with leaders of several cultural and religious communities.

In the afternoon, Crist will sit for a roundtable with local faith leaders, and he’ll end the day visiting Haitian elected officials and communities leaders.

An early campaign launch and the slew of meetings may be paying off for Crist — polls show he is the favored Democrat in the 2022 Governor’s race.

Victory Insights, a national polling firm with a presence in Naples, polled more than 600 Floridians on Tuesday, the same day Crist announced he would run for Governor this cycle. But the firm surveyed voters’ thoughts on two other likely Democratic candidates: Fried and U.S. Rep. Val Demings.

Notably, the survey showed Gov. Ron DeSantis narrowly leading all three Democrats, but Crist boasts the best chance of winning the Democratic nomination for Governor and — just barely — puts up the best showing against DeSantis.

This will mark Crist’s third run for Governor. He served in the office from 2007 to 2011 as a Republican, and ran unsuccessfully as a Democrat in 2014, losing to now-Sen. Rick Scott.