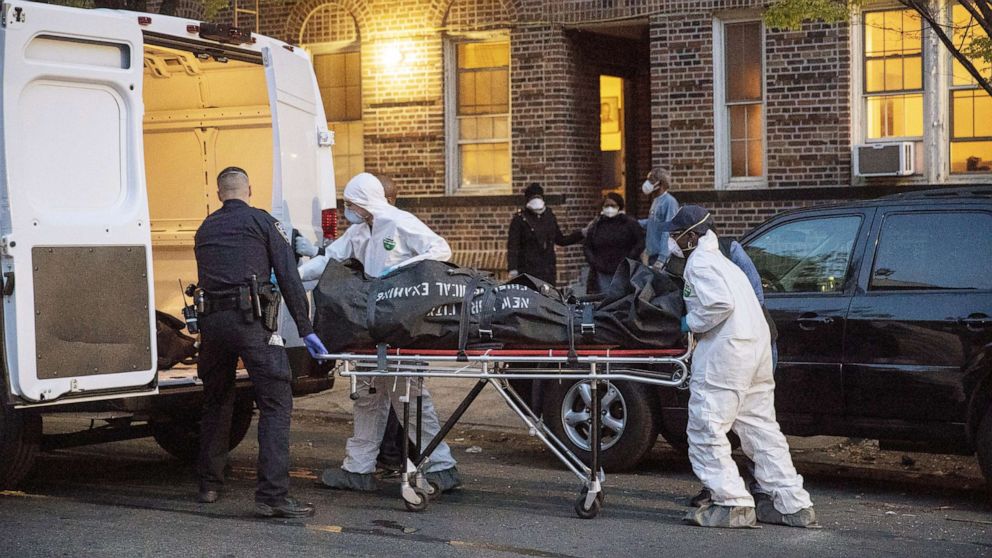 IHME believes the death toll is 41% higher than what state records show.

Scientists at a renown institute estimate that more than 50,000 people have died in Florida with COVID-19, higher than the state’s official count of 35,783 dead residents.

Last week, the Institute for Health Metrics and Evaluation (IHME) began publishing its estimates for COVID-19 deaths rather than just reporting official death tolls. That estimate is computed based on an analysis of weekly excess deaths, those above what is expected on average.

Data released Monday shows the Florida Department of Health (DOH) places the death toll at 35,783. However, IHME puts its current projection at 50,277, which it expects to grow to 53,037 by the start of September. That would continue a tapering Florida has seen since March and since vaccines have become more readily available.

Excess mortality is a metric for all deaths, regardless of their cause. To account for that, IHME attempts to estimate what percentage of excess deaths COVID-19 is directly responsible for, weeding out other influences like delayed treatments, worsening mental health and the reduced transmission of other contagious diseases.

“Estimating the total COVID-19 death rate is important both for modeling the transmission dynamics of the disease to make better forecasts, and also for understanding the drivers of larger and smaller epidemics across different countries,” according to the institute.

Gov. Ron DeSantis has criticized models, including IHME’s. Nearly a year ago, he said the model had not been accurate and didn’t reflect the nuances of each state and country.

“I think what I’ve found on these models is that they have assumptions that are totally unreasonable, but then also they have no appreciation for how individual states are dealing with this,” DeSantis said.

Florida’s death toll received a 41% increased based on IHME’s modeling. However, its estimate for the United States hit 905,289, 58% larger than the 574,043 listed in federal reports when the new model launched Thursday.

In an interview last month with Florida Politics, DOH Deputy Secretary for Health Shamarial Roberson dismissed excess death reporting, calling it instead more reliable and true to look at what is actually observed.

Unlike other emerging diseases that epidemiologists may use excess mortality figures for, COVID-19 is heavily tracked. Additionally, excess death models might not take population growth into account.

IHME is affiliated with the University of Washington. Under President Donald Trump, members of the White House Coronavirus Task Force highlighted the model.