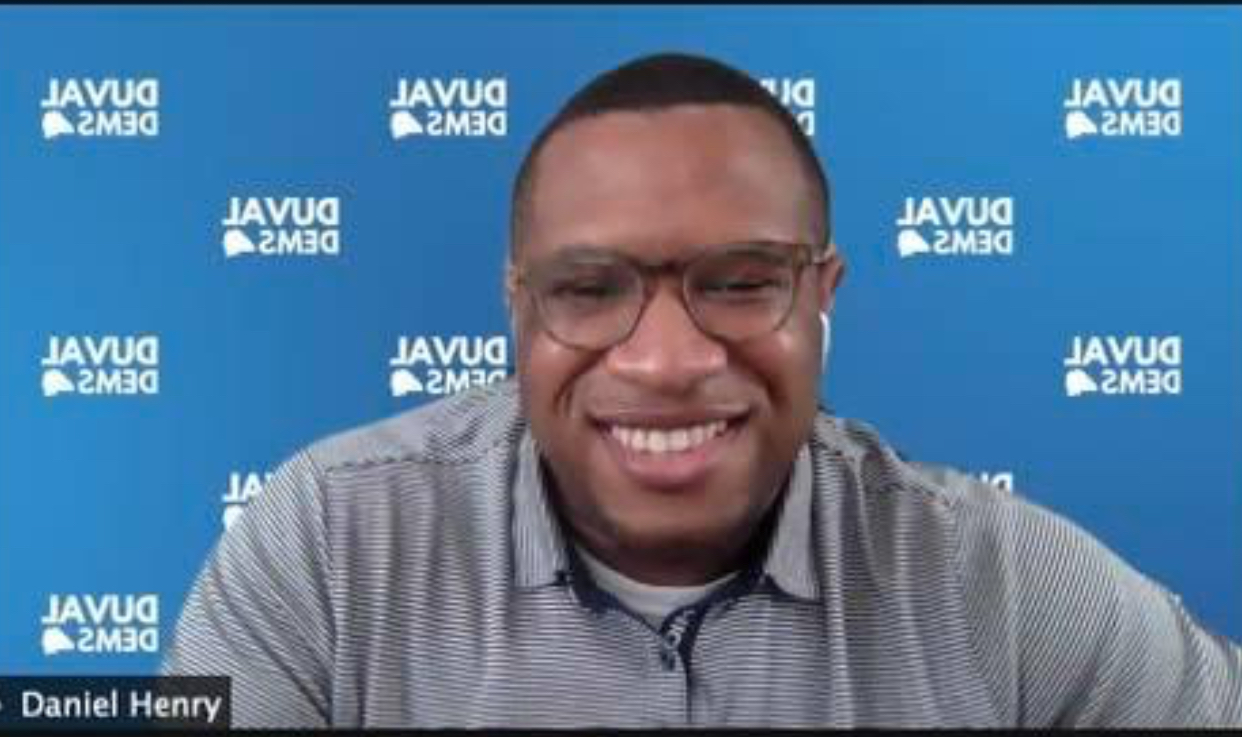 An earlier version of this piece used “misleading” instead of “inaccurate” in quoting Henry’s response to the grievance. We regret the error.

Ahead of Monday night’s meeting in which a vote to remove him failed, Duval County’s Democratic Party chair denounced a report from the party’s grievance committee investigating him.

However, a notice issue means that despite the lack of sufficient numbers to remove him, there will be yet another vote on whether the local party should remove its chair headed into statewide elections.

Perhaps one reason why the removal failed was the chairman’s own case for his retention.

“Let me be clear: the accusations alleged in the grievances and the conclusions made by the grievance committees are false, inaccurate, and slanderous. In the spirit of cooperation, I spent a total of 6 hours answering questions and provided 21-pages of detailed responses to both committees,” Daniel Henry said. “It was my hope they would be taken seriously to resolve this matter. However, the grievance committees made no attempts to accept my responses or act in good faith.”

At issue is Henry meeting with a Republican City Council member, a gathering in which the Council member allegedly offered Henry a deal where the chairman’s home would be drawn into Council District 9 so he could run there as a Democrat. Henry says he rejected the offer.

Henry contends the report was rigged against him from the beginning, and that contrary to claims, he has come clean about Rory Diamond, who Henry describes as “an unimportant council member seeking to inflate his power.”

“From the very beginning of both committees’ work, it was clear all semblance of fairness would be nonexistent. Their hearings possessed no due process, committee members parroted unverified claims, and questions seemed focused on establishing my truthfulness,” Henry contended.

Comments throughout Henry’s Saturday email speak to the schisms in the party.

“My concerns about one of the committee’s motivations were later confirmed when I read the first paragraph of its report, where they noted that their mission was to determine the ‘truthfulness and transparency of Chair Henry.’ Not the truthfulness of the claims; not weighing both parties’ intent; not analyzing the required burden of proof of the complainant. Conjecture, gossip, and unsubstantiated falsehoods seem to be more relevant,” Henry wrote.

A second complaint, meanwhile, was heard against Henry’s primary accuser, Council member Garrett Dennis. He was accused of bullying a state committeewoman during one of the many fact-finding conversations in recent months about whatever deal Diamond floated to Henry.