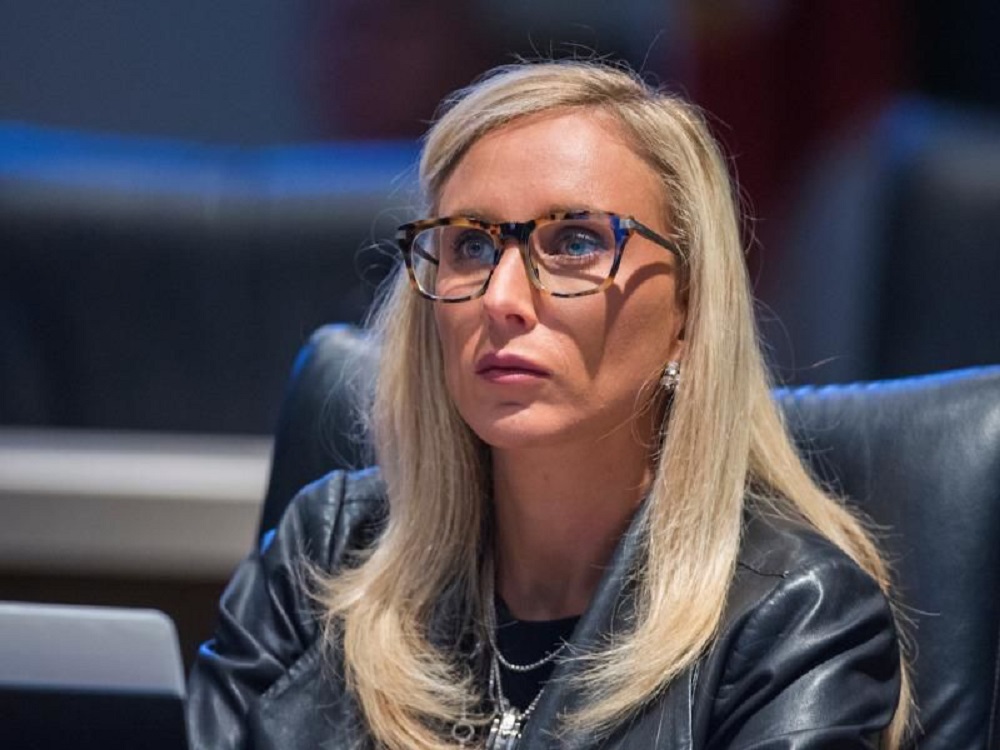 Sen. Gary Farmer has “hurt feelings” and is trying to “play games,” as Senate Democratic Leader Lauren Book sees it, after Farmer criticized her support for a new provision on local gaming fees approved Tuesday.

Farmer continued the years-long feud Tuesday as lawmakers continued the Special Session on the new gaming deal. Farmer jabbed at Book for backing a measure reducing Hollywood’s share of local fees generated from the Seminole Hard Rock Hotel and Casino.

The city of Davie will now earn a higher share of money generated from that facility. Book’s father, Ron Book, has been a longtime lobbyist for Davie and pushed for the increase. Farmer questioned why the only city not represented by Ron Book was the only city that would see a reduced share. Later, in remarks to press, Farmer said the formula change had a “stench.”

But Book’s district also overlaps with Davie, giving her plenty of incentive to back the increase as well. She said Farmer’s insinuations were “ridiculous.”

“At the end of the day, I represent Davie,” Book told Florida Politics in response to the criticism. “My dad has represented Davie since before I was elected into the Legislature.”

Book said what’s really behind Farmer’s criticism is not a concern about her or her father’s work. Rather, she argued, his remarks are a byproduct of Senate Democrats removing Farmer as Leader last month and replacing him with her.

“I think it’s unfortunate that Sen. Farmer believes that I don’t have a job to represent my constituency and fight for them vociferously here in the Legislature,” she told Florida Politics. “That’s what they sent me here to do. And so it’s unfortunate that he wants to put his hurt feelings about some of the other things that have gone on here in the way of policymaking.”

Those “other things” include a late-April vote yanking Farmer from leadership more than a year early and moving Book, the then-freshly-minted Leader-designate, directly into the leadership role. Farmer was reportedly upset at the process used to elect Book to the Leader-designate role. His complaints reportedly rankled his Democratic colleagues, leading to his ouster.

Weeks later, the two are still battling, this time over the local fee changes. Those local fees aim to compensate cities for municipal work connected to those casinos, such as police and fire services or managing nearby roads. Book and other backers argued Davie was doing “a lot, if not the bulk” of the municipal work, and that the original split — which gave Hollywood 55% of those fees — was “arbitrary.”

Farmer — who represents Hollywood — opposed cutting Hollywood’s share. But he called out Book specifically for sponsoring the amendment making the change.

“I think it was inappropriate for anybody to handle the amendment, but especially her,” Farmer said, referring to her father’s involvement on the lobbying side. “I think if somebody else had done the amendment, it would at least take away some of that stench.”

Ron Book also had words for Farmer, accusing him of “gutter politics.”

“This is more bad misogynistic behavior by Sen. Farmer,” he said.

“I have a responsibility to advocate for my constituents,” Book said. “I’m not getting anything (special) for representing my constituency. In fact, I took the percentages down for Davie to make them fair for everyone, so that everybody could be at a better place.”

Book did originally propose Davie’s share would rise from 10% of local fees to 25%, with Hollywood’s dropping to 40%. Ultimately, she agreed on language setting Davie’s share at 22.5% and putting Hollywood at 42.5%.

“We worked with Hollywood and Davie to get them to a place where everybody was happy, and both cities could have what they needed for their communities to support what they’re doing in and around the casino,” Book said.

The Legislature OK’d those changes Tuesday, leaving Farmer to criticize the process. But Book continued to swat down those criticisms as mere speculation.

“It’s really unfortunate, again, that Sen. Farmer chooses to use supposition and play games, where I’m just trying to do the work of the people,” she said. “I have to continue to do my job.”

nextLast Call for 5.18.21 — A prime-time read of what’s going down in Florida politics