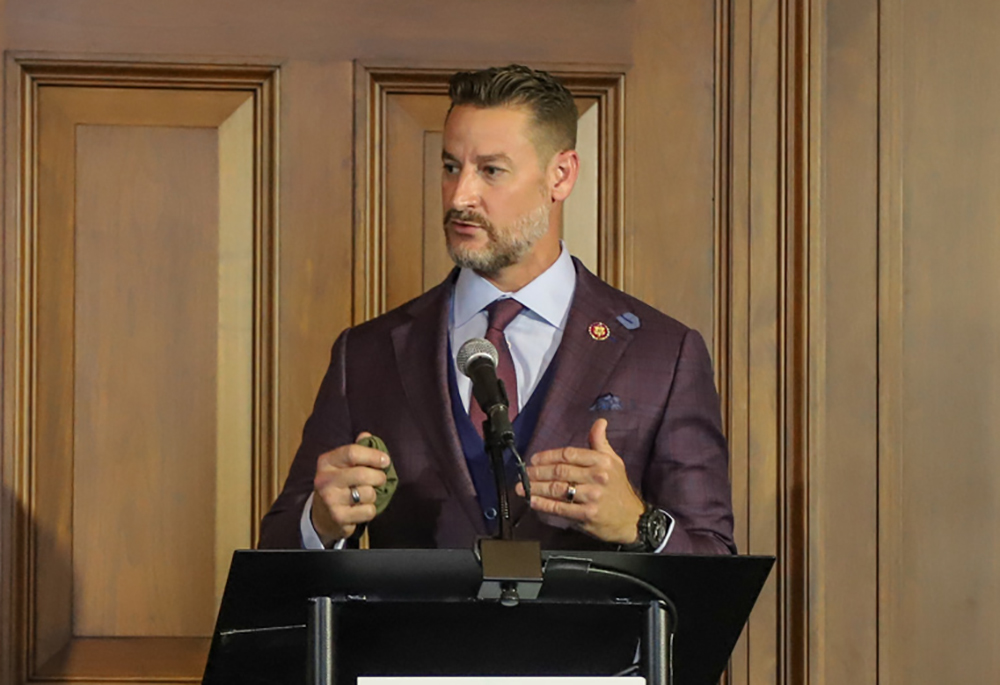 It's the latest sign the GOP intends to lean on the wedge issue in 2022.

A proposal to bar transgender athletes from girls’ school sports made the Republican Study Committee budget proposal in Congress.

Rep. Greg Steube joined in an announcement of the budget proposal. The Sarasota Republican earlier this year filed the Protection of Women and Girls in Sports Act, a federal restriction on transgender athletes mirroring legislation passed by multiple state legislatures, including Florida’s.

The RSC’s budget, in addition to proposing $14.4 trillion in federal spending over the next decade, pushes a number of social conservative agenda items. Steube’s proposal to bench trans girls or force them on the boys team is one of those.

“This initiative protects women’s sports by ensuring that biological female athletes are not forced to compete against biological male athletes,” Steube said at a press conference unveiling the budget. “Specifically, as the budget clarifies, this provision would protect women’s sports by prohibiting federal funding of school athletic programs if they refuse to comply with the Title IX recognition of a person’s reproductive biology as indicated on their birth certificate.”

It’s the latest sign Republicans intend to use girls’ and women’s sports as a wedge issue heading into the 2022 midterms. Democrats in the House as of Wednesday hold just an eight-seat majority, and Republicans feel confident that can be erased in the first mid-term since President Joe Biden’s election to the White House.

According to the Human Rights Campaign, there have been 66 bills filed in state legislatures this year banning transgender women and girls from participating in sports consistent with their gender identity. Sports associations including the NCAA have threatened to cancel any major events in states passing such laws.

But unlike in GOP-majority legislatures like in Florida, the RSC’s budget proposal likely won’t go anywhere in the House this year or next. Rather, the budget serves as an alternative offered by the conservative caucus.

The House notably already passed the Equality Act, which in contrast to the Steube proposal would prohibit discrimination based on gender identity. Democratic leaders declined, as they did last Congress, to consider an amendment proposed by Steube to exclude women’s sports and put the language from his bill.

During debate on the floor ahead of the Equality Act vote in February, The House was briefly called out of order as Steube quoted from the Book of Deuteronomy to assert the Bible forbids men and women from wearing the clothing of other genders, and thus God detests transgender individuals. “Now, this verse isn’t concerned about clothing styles but with people determining their own sexual identity,” Steube said.

“We have heard from young female athletes, the unfairness, and sometimes danger, when forced to compete against male athletes in competition,” he said. “Female athletes are losing opportunities and scholarships due to males being able to compete in women’s sports. With this provision included in our budget, we can ensure that women and girls have the protection they deserve on and off the field.”

previousChris Sprowls: 'Nobody has asked me if they could be on the Gaming Commission'