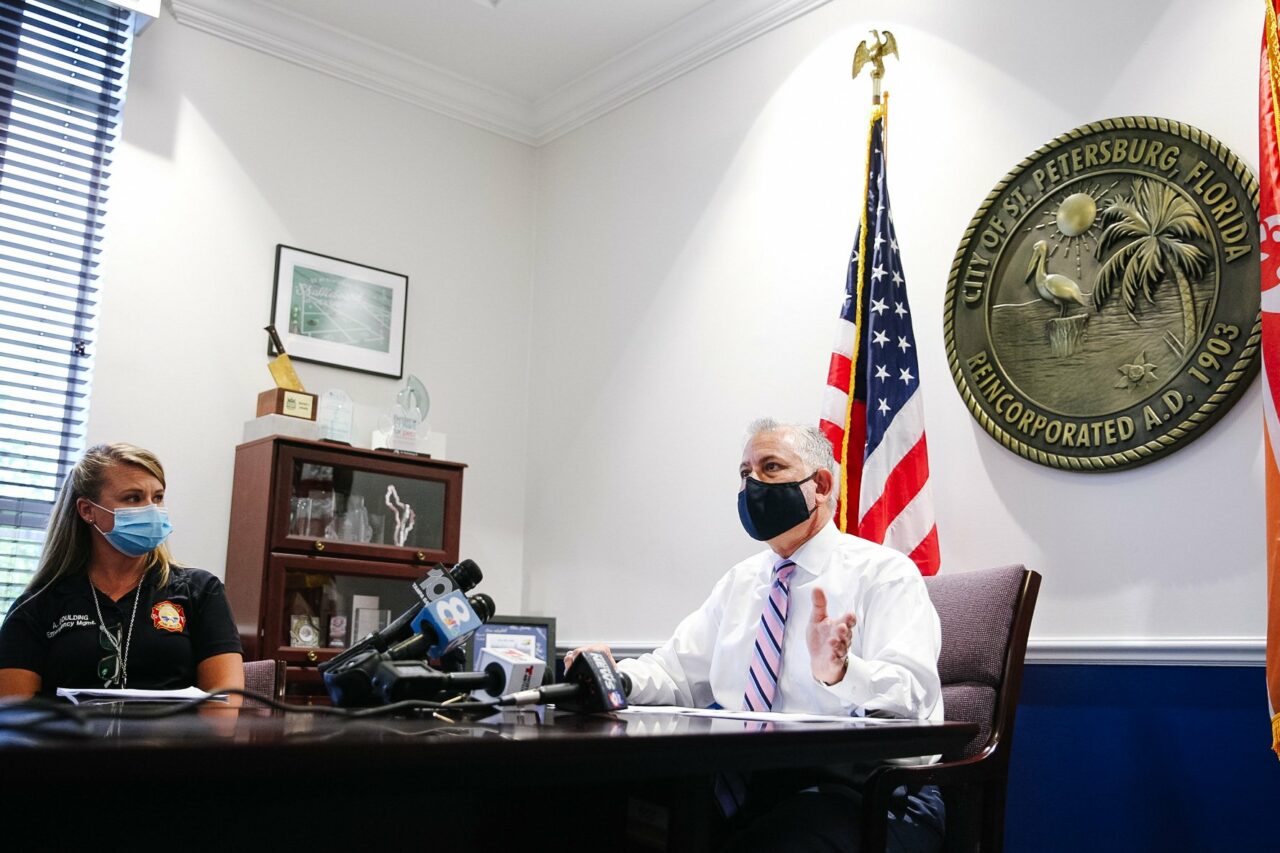 The Mayor has stopped talks with the team in response to a recently filed lawsuit against Rays owner Stu Sternberg.

St. Petersburg Mayor Rick Kriseman says negotiations with the Tampa Bay Rays on a stadium deal at the Tropicana Field site are at a standstill.

In an interview Wednesday with the JP Peterson Radio Show, the Mayor said he must halt negotiations with the team in response to a recently filed lawsuit brought by a group of Tampa Bay Rays minority owners against principal owner Stu Sternberg. The suit calls for the removal of Sternberg, and if successful, would void potential deals involving the stadium, Kriseman said.

“As long as he’s in that role, I can’t negotiate with him because part of the complaint calls for him to be removed,” Kriseman said in the interview. “And so if I negotiate with him to get a deal done, in five months or six months, or however long later, he’s removed, then I’ve got no deal.”

Filed last Saturday, the suit accuses Sternberg of depriving the minority owners of profits from the team while still requiring them to pay taxes on that would-be income.

It also alleges that Sternberg has communicated with Canadian investors since 2014 without the knowledge of the other owners and later proposed a “split season” between St. Pete and Montreal at a June 2019 news conference.

The case presents a verified complaint, meaning the plaintiffs have signed and sworn under penalty of perjury that the information is true and correct to the best of their knowledge — a move Kriseman said puts “a little bit more weight on the allegation.”

“They’re still allegations. They haven’t been proven in a court of law, “Kriseman said in the interview. “But having said that, you know, it makes us take a step back and say, whoa, wait a minute.”

The city found out about the lawsuit while finalizing an agreement with a stadium consultant for redevelopment plans to restart negotiations.

“I had no idea whatsoever; we were totally taken aback,” Kriseman told Peterson. “Then this came out, and everything is now upside down.”

Kriseman was also set to select two final development teams for the Trop site by the end of the week, which, the Mayor’s office told Florida Politics, he is still planning on doing.

The two finalists will be chosen from the current four developers who advanced from the original applicant pool after a citizen- and city-involved review process. The city released the initial seven proposals in late January.

“I think there’s no reason why we cannot move forward with the redevelopment of the site,” Kriseman told Peterson. “All of the final four developers have all indicated in their proposals that redevelopment can occur while the Rays are still playing in the existing Tropicana Field, and even while the future of a new stadium is unknown, you still can redevelop, and so from my perspective, there’s really no reason not to do … unfortunately, this lawsuit makes it very difficult right now and for us to negotiate.”

But, despite halted negotiations, Kriseman has made one thing clear — he wants the Rays to stay.

“My job as the Mayor of the city is to try and protect my taxpayers and make sure that I negotiate the best deal I can,” Kriseman told Peterson. “I want the team to stay — let me be very clear about that. I’ve said it from day one. I believe the Tropicana Field site is the site that makes the most sense for the Rays for their long-term future and the sustainability of the franchise.”