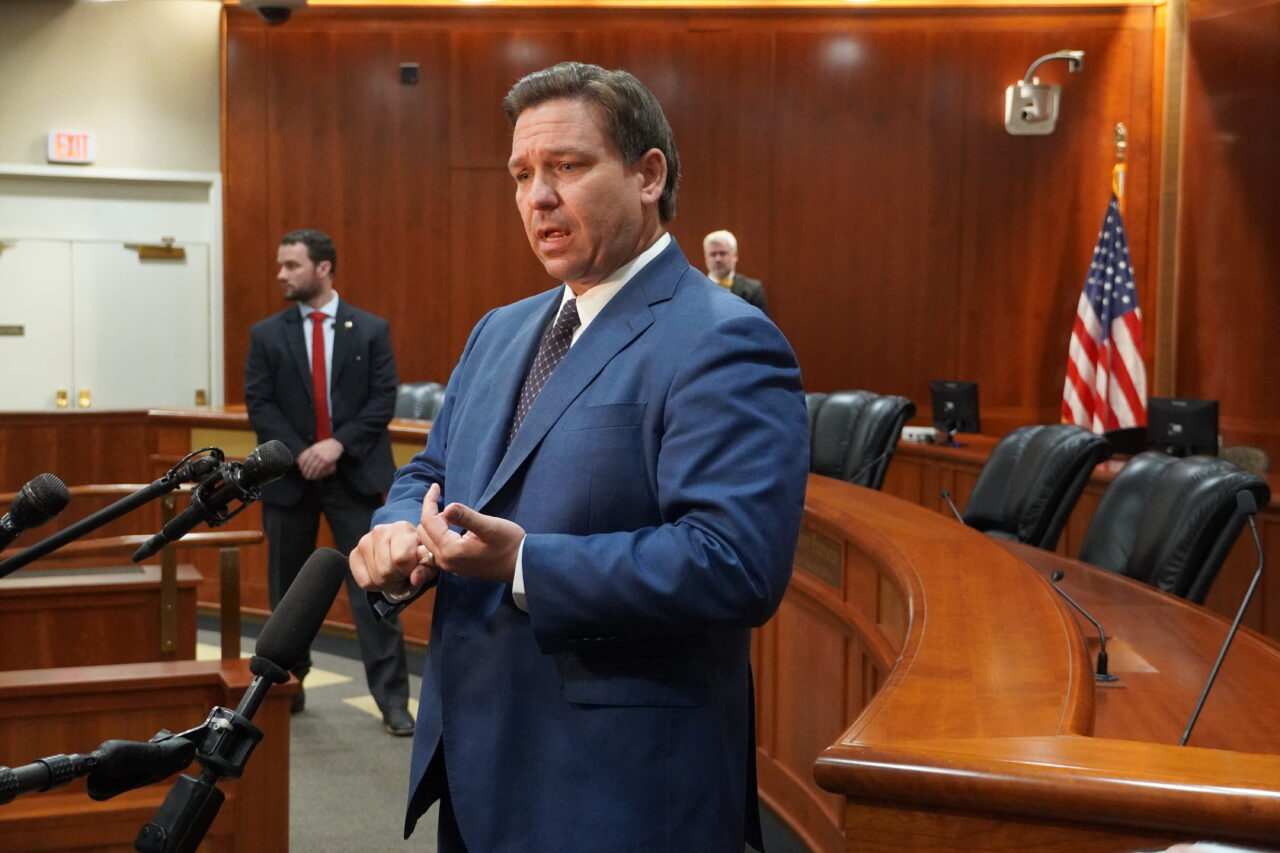 The bill was framed as an attack on 'woke corporations.'

Gov. Ron DeSantis kicked off Pride Month by signing a bill banning transgender athletes from female sports. A day later the Republican is fundraising off the move.

Similarly two-fisted rhetoric filled out the body of the email.

“Gov. DeSantis is doing what is right and has continued to prove that he won’t be cowed by corporate and media pressure. Yet again, Gov. DeSantis has established he will hold the line. He will NEVER allow woke corporations to dictate the policies in Florida — not now, not ever,” asserts the appeal for funds.

The fundraising appeal referred specifically to an appearance on Fox News Tuesday night, in which DeSantis delineated his beef with the NCAA, notably opposed to banning trans athletes from competition.

“As these bills were going through various legislatures, I remember the NCAA put out a statement saying ‘Any state that enacts this, we’re not going to hold events there.’ So I called the Speaker of the House in Florida (Chris Sprowls) and said ‘Did you hear what they said,’ and he said ‘yeah’ and I said ‘we’ve definitely got to get this done,’” DeSantis said.

“You can’t be cowed by these organizations, particularly by woke corporations, from doing the right thing,” DeSantis said, before again daring the NCAA to cut bait.

“If the price of having a tournament is I have to deny equal opportunity to hundreds of thousands of young girl and women athletes throughout Florida, I am much more willing to stand with the girls, and to hell with these events,” DeSantis said.

Earlier on Tuesday, DeSantis signed the bill that (among other things) bans transgender athletes from participating in women’s sports. The bill will make female athletes’ eligibility for sports teams contingent on their “biological sex” on birth certificates issued “at or near the time of the student’s birth.”

“First of all, it’s not me saying anything other than we’re going to protect fairness in women’s sports,” DeSantis said. “We believe that it’s important to have integrity in the competition. And we think it’s important that they be able to compete on a level playing field.

Democrats rejected DeSantis’ assertion that the bill was anything but a slap in the face to LGBTQ people, meanwhile.

On Twitter, Democratic Rep. Anna V. Eskamani of Orlando described the bill as the state’s “first anti-LGBTQ bill in 23 years.”

“This bigoted, transphobic piece of legislation targets one of the most vulnerable groups of people in our state: transgender youth,” Eskamani said. “It excludes transgender people from public life, including participation in sports.”

Within an hour of DeSantis signing the bill, the Human Rights Campaign announced it intends to file a lawsuit challenging the new law.

“Gov. DeSantis and Florida lawmakers are legislating based on a false, discriminatory premise that puts the safety and well-being of transgender children on the line,” Human Rights Campaign President Alphonso David said in a statement.

DeSantis’ political committee is awash in money, having raised $14 million in April. Final May totals will be available by June 10.

nextLast Call for 6.2.21 — A prime-time read of what’s going down in Florida politics