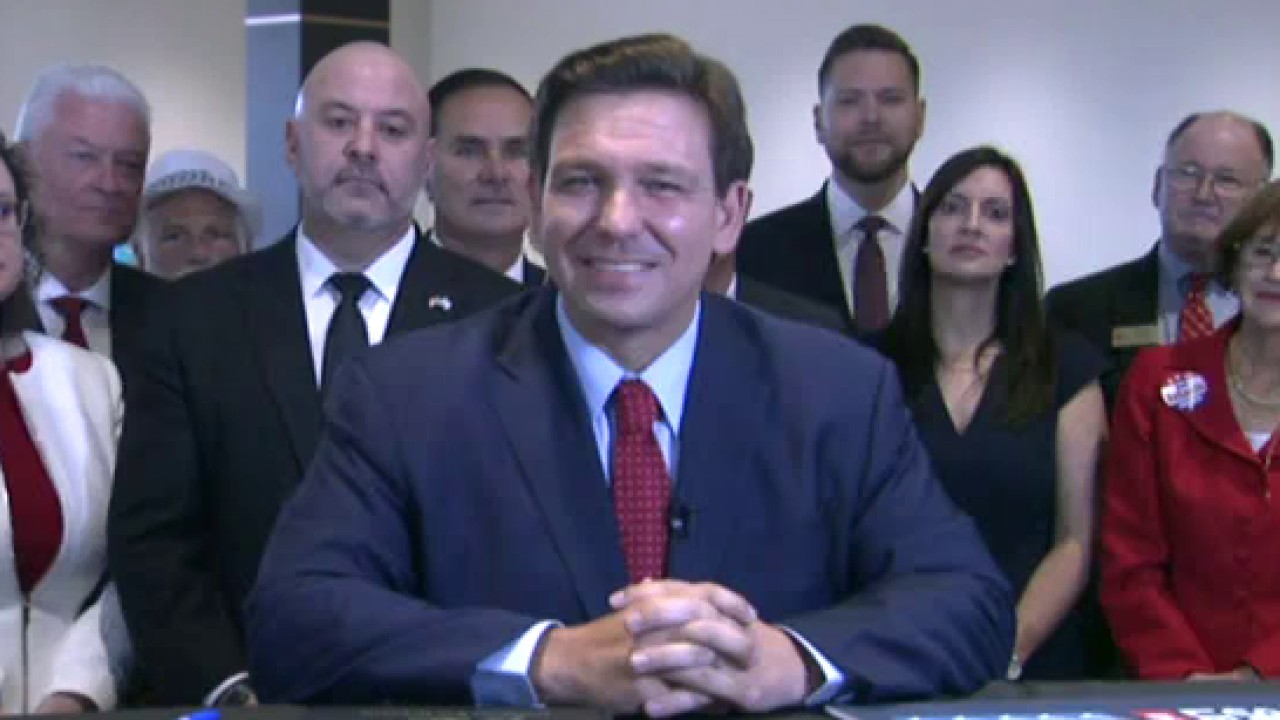 “I think standing up against discrimination of our women athletes, I think that’s the right thing to do this month, next month, and any month,” DeSantis told reporters at a press conference on Biscayne Bay Thursday.

The Governor, at Biscayne Bay for a bill signing Thursday, took a question from a reporter, which allowed him to again attempt to frame favorably what critics and others have called a “trans sports ban.”

“So what we did with the girls’ sports bill was we’re standing up against discriminating against our women athletes. Because the fact of the matter is, if you force them to participate against biological males, that’s fundamentally unfair, that’s not a level playing field,” DeSantis said.

The “biological males” phrase is deliberate here. DeSantis and the law see that language as referring to the designation of birth on a person’s original birth certificate, but it’s phrasing the trans community frowns upon.

The Governor noted an imported guest speaker at the bill signing, Selina Soule, a Connecticut track athlete who “came in third” in a race, “and the two people who beat her were biological males.”

“So that’s not fair,” DeSantis lamented.

The Governor has been messaging heavily around the legislation. After signing the bill at a Jacksonville press conference where he took a couple of questions, he gave national exclusives to One America News Network, Breitbart, The Federalist and Fox News.

The Fox News hit saw the Governor frame the bill as an attack on “woke corporations.” He also suggested that NCAA pressure made him only more intent on signing the controversial legislation.

“As these bills were going through various legislatures, I remember the NCAA put out a statement saying ‘any state that enacts this, we’re not going to hold events there’. So I called the Speaker of the House in Florida (Chris Sprowls) and said ‘did you hear what they said?’ And he said ‘yeah’ and I said, ‘we’ve definitely got to get this done,’” DeSantis told Tucker Carlson.

The Governor parlayed that media hit into political committee fundraising, ramping up efforts as Democrats Charlie Crist and Nikki Fried launch their primary campaigns for that party’s nomination.

Similarly two-fisted rhetoric filled out the body of the email.

“Gov. DeSantis is doing what is right and has continued to prove that he won’t be cowed by corporate and media pressure. Yet again, Gov. DeSantis has established he will hold the line. He will NEVER allow woke corporations to dictate the policies in Florida — not now, not ever,” asserts the appeal for funds.

“First of all, it’s not me saying anything other than we’re going to protect fairness in women’s sports,” DeSantis said. “We believe that it’s important to have integrity in the competition. And we think it’s important that they be able to compete on a level playing field.”

Democrats and activists are roiled, meanwhile, and a legal challenge is pending.

“Gov. DeSantis and Florida lawmakers are legislating based on a false, discriminatory premise that puts the safety and well-being of transgender children on the line,” Human Rights Campaign President Alphonso David said in a statement this week.