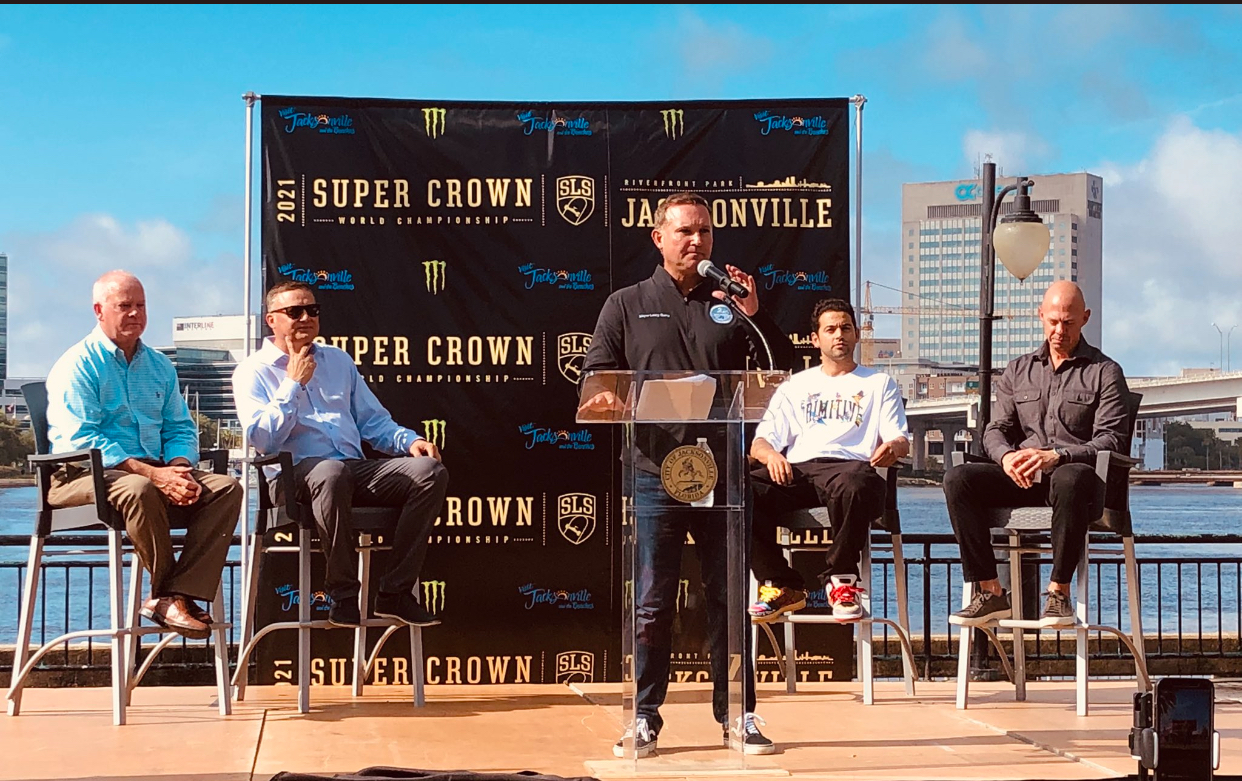 In Jacksonville, skateboarding is not a crime, but a championship sport.

In Jacksonville, skateboarding is not a crime, but a championship sport.

World championship level athletic competition is coming to Jacksonville in the form of the Street League Skateboarding Super Crown World Championship Jacksonville November 13-14, on the banks of the St. Johns River.

Mayor Lenny Curry was on hand to hail skateboard championships coming to the city in November.

Curry, a hobbyist skateboarder himself, likely won’t be an active participant. But as is so often the case, he is the city’s lead cheerleader for a sporting event.

“This is a major event for our city,” Curry said of the event that will transform the riverfront into the “world’s largest skate park.”

“It will put our community into the international spotlight,” Curry vowed. “We look forward to welcoming fans from around the world to our Downtown and showcasing all of the great things that Jacksonville has to offer on the world stage.”

The Mayor noted Jacksonville’s deep skating roots, which include the historic Kona Skate Park, a place where many local youth grew up over the decades.

Airstream Ventures’ Alan Verlander was responsible for bringing the event here, in large part, but noted the team effort.

“Jacksonville has momentum in so many ways, certainly in the sports world as well,” Verlander said, lauding Curry and Chief Administrative Officer Brian Hughes for their can-do attitude.

“What do we got to do to get it? Let’s do it,” was how Verlander summed up their approach to bringing the event to town.

“Twenty-five of the greatest skateboarders in the world,” was how Michael Corrigan of Visit Jacksonville summed up the group coming to town in November.

“We are pleased to bring the 2021 SLS World Championship to Jacksonville,” said Thrill One Chief Commercial and Communications Officer Steve Ziff. “The growth of SLS continues each year and with skateboard in the Olympics, we look forward to having those athletes join the competition later in 2021 in a world class facility built specifically for this event on the banks of the St. Johns River.”

previousSunburn — The morning read of what’s hot in Florida politics — 6.8.21