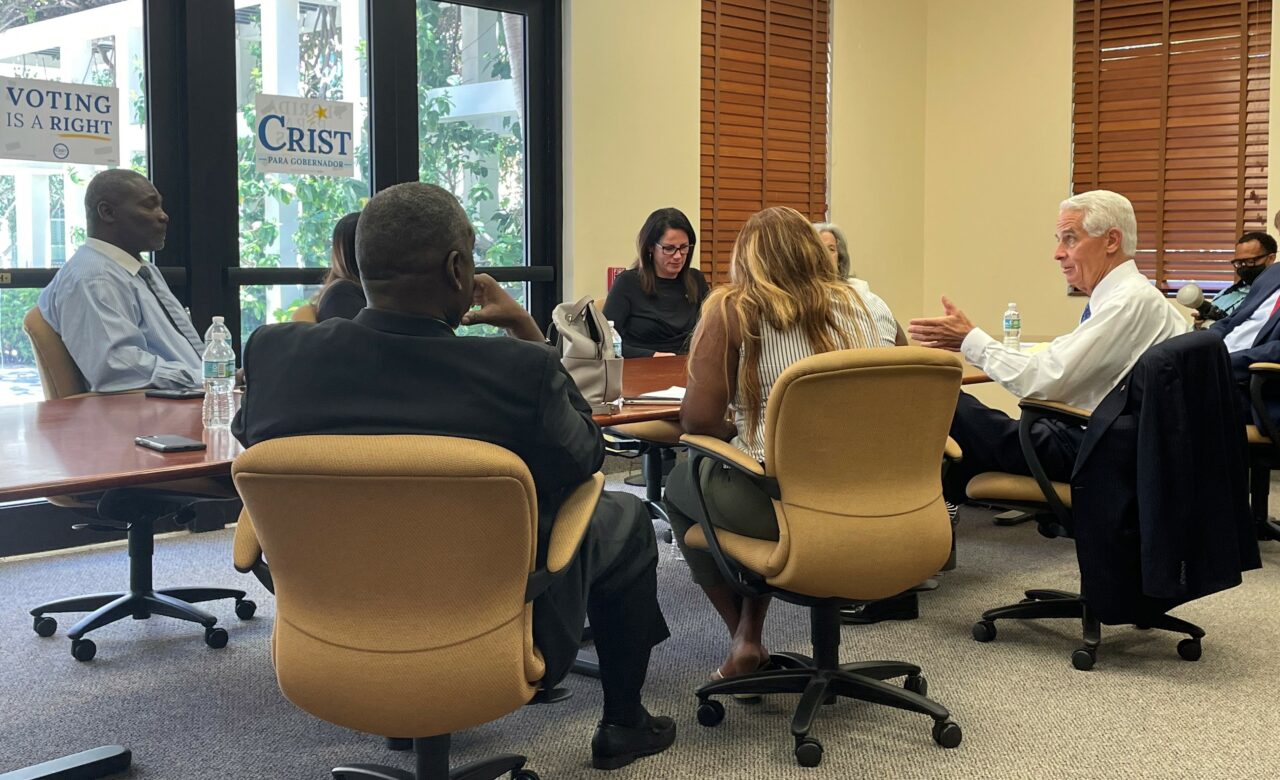 The Democratic candidate for Governor said the debate over voting rights is his top issue this cycle.

Democratic gubernatorial candidate Charlie Crist says a GOP-backed election bill (SB 90) approved this past Session will play a big role in next year’s race for Governor.

Crist made the comments Thursday at a roundtable in West Palm Beach on voting rights. He told those in attendance that he sees the debate over voting rights as the most important election issue going forward.

“The reason I say that is because every other issue — whether it’s a woman’s right to choose, protecting our environment, raising the minimum wage, having equality in our society — all depends on this issue,” Crist said.

That legislation requires voters to request vote-by-mail ballots every two-year cycle, where current requests were good for two cycles. The measure limits groups’ abilities to bring in large numbers of ballots. Individuals are allowed to drop off ballots belonging to themselves and their family members, along with two others. No solicitation zones are expanded to 150 feet around a polling place, barring outside groups from handing out food and water. Election volunteers can still hand those items out, however.

Crist and Polsky both said the bill had been made “less bad” during Session, with more restrictive clauses being removed. But both argued Republicans only placed the limitations on voting in response to conspiracies from former President Donald Trump and others over last year’s presidential election being stolen.

“They’re slowly trying to erode democracy, and maybe not so slowly,” Crist argued.

Polsky pointed to Democrats’ success with vote-by-mail last cycle, largely due to behavioral changes amid the COVID-19 pandemic.

“Republicans used to vote by mail in greater numbers than Democrats,” Polsky noted. “So there’s only one thing that changed in this last election. Even though we lost a lot of seats — it’s not that we outperformed them — we outvoted them in vote-by-mail.”

And Crist pointed to previous comments from Republicans, including Gov. Ron DeSantis, praising Florida’s election administration in November before turning around and passing a reform bill.

The Democratic gubernatorial candidate has been harshly critical of the GOP bill. But he also said it could backfire on Republicans and that he will try to deliver a message throughout the campaign to make that happen, as a lawsuit against the bill also makes its way through the courts.

“I predict if the courts can’t turn it over, then I think there will be a backlash. I really do, because when you tell somebody they can’t do something, they really want to do it,” Crist said.

“I think people that they’re trying to suppress will come out in droves. And the closer and closer we get to Election Day, the more discussion there will be about this.”

Polsky agreed, arguing she’s attempting to send an optimistic message to campaigners and advocacy groups after the bill’s passage.

“We’re just not going to let it get to us. We’re going to follow the rules and stay within the rules. There are still plenty of opportunities to vote. Vote early, put it in your mailbox, and track it.”

Polsky said her issue with the bill, in addition to objecting to the content, was the motivation behind it and what it might signal.

“There’s no stopping what they’ll do to try to win elections illegitimately,” she said, referring to possible additional legislation being approved next Session.

Crist echoed criticism of the push to amend Florida’s voter rules without citing any evidence of widespread fraud last cycle.

“The motivation behind trying to do those kinds of things is impure, it’s unkind, and it doesn’t respect democracy,” Crist said. “It doesn’t respect the will of the people. That’s what they’re fighting against.”

Some panelists Thursday worried the additional restrictions could dissuade certain voters who were already reluctant to vote. Democrats and other opponents of the bill have attempted to label it as “Jim Crow 2.0.”

Crist was asked whether Democrats’ sharp criticisms of the bill’s content — despite conceding Thursday that Democrats can still turn out voters next cycle — might cause voters to exaggerate how much the bill will limit their ability to vote and also drive down participation.

“I’m not fearful of that,” Crist said. “I think the two things, both the motivation and the content of the bill, are terrible. They’re anti-democracy, They’re anti-freedom. They’re anti-American. It’s like we’re in a different country. That’s where those things happen. That’s what we fight against as Americans. And they’re passing it, and he’s signing it, and he’s celebrating it.”

Crist added, “And do I fear that it’s going to discourage people from voting? I think it’ll make them even more determined to vote.”