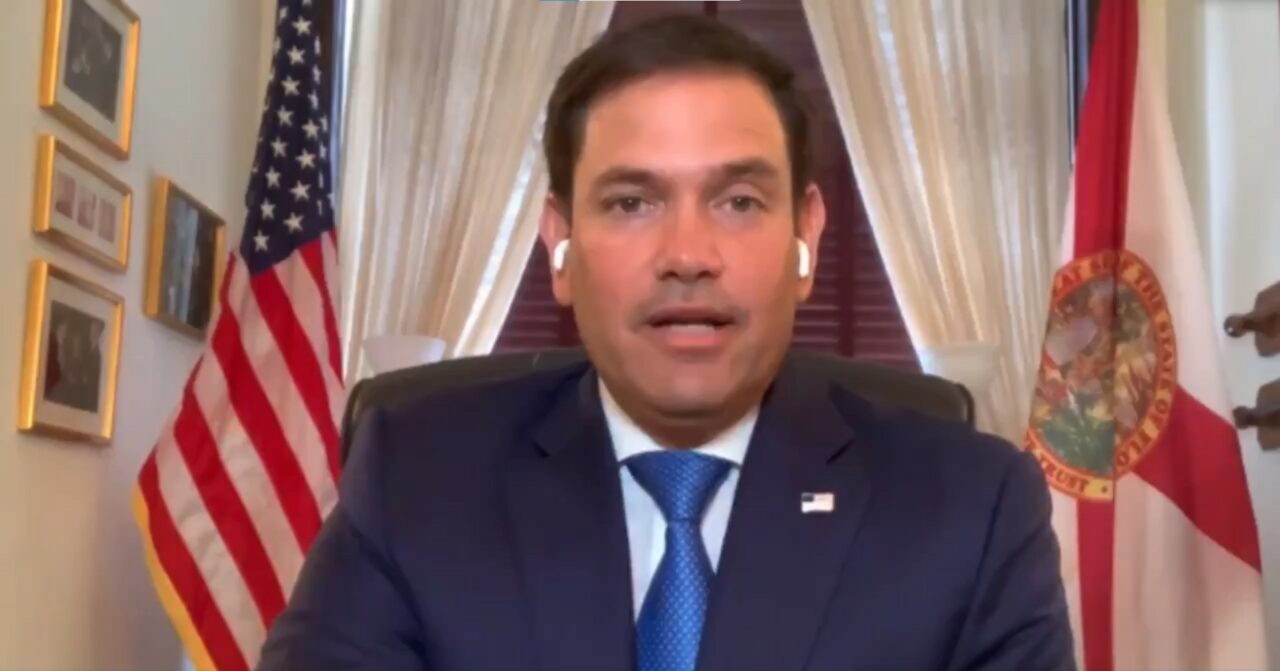 Based on a comparison of photos, it sure looks like it.

Sen. Marco Rubio spent much of the week responding to news U.S. Rep. Val Demings would challenge his reelection. But was he in such a hurry he forgot to leave politics outside his official office?

In at least one interview Rubio conducted June 9, the Republican Senator clearly is seated at his desk in the Russell Senate Office Building. A comparison of photos of his Senate office with the background of the interview shows the same positioning of his chair, with framed photos and other wall decorations hanging in the same pattern.

The discussion with Spectrum News ended up being presented under the headline “Rubio signals strategy in race against Demings for U.S. Senate.” Conducted hours after Demings announced her Senate candidacy, the entire substance of the interview appeared to directly relate to campaigning.

Of note, journalists frequently contact official offices seeking the opportunity to discuss politics and official business, but this particular conversation framed every matter in terms of political strategy.

In that interview, he attacked his Democratic opponent for have a voting record in line with the Alexandria Ocasio-Cortez-led “squad” and with House Speaker Nancy Pelosi. He labeled the Congresswoman a “do nothing Democrat,” incidentally as he sponsored legislation about a Pulse memorial that was a companion to a Demings-sponsored bill already passed in the House.

But it’s the venue for the remarks that has some picking apart the scenery in the camera background. The language was similar in respects to a statement issued by Rubio’s Senate campaign the same day.

Federal officials and staff normally carefully avoid mixing political and government work. In fact, the Senate Ethics Committee Manual explicitly states ”Senate space may not be used for any political campaign” in a section dedicated to “Use of Senate Space.”

The Ethics Committee on multiple occasions has offered direction that any “general campaign or campaign fund activities should be conducted outside of the official office space provided Members of Congress.”

In contrast, Demings took steps to make clear her House work will not overlap with her Senate campaign. Demings keeps separate Twitter accounts for official business and campaign work. Her official Twitter as of Wednesday had a pinned message making clear it will only handle work “for the People of Florida’s 10th District” and refers all campaign communication to her political handle.