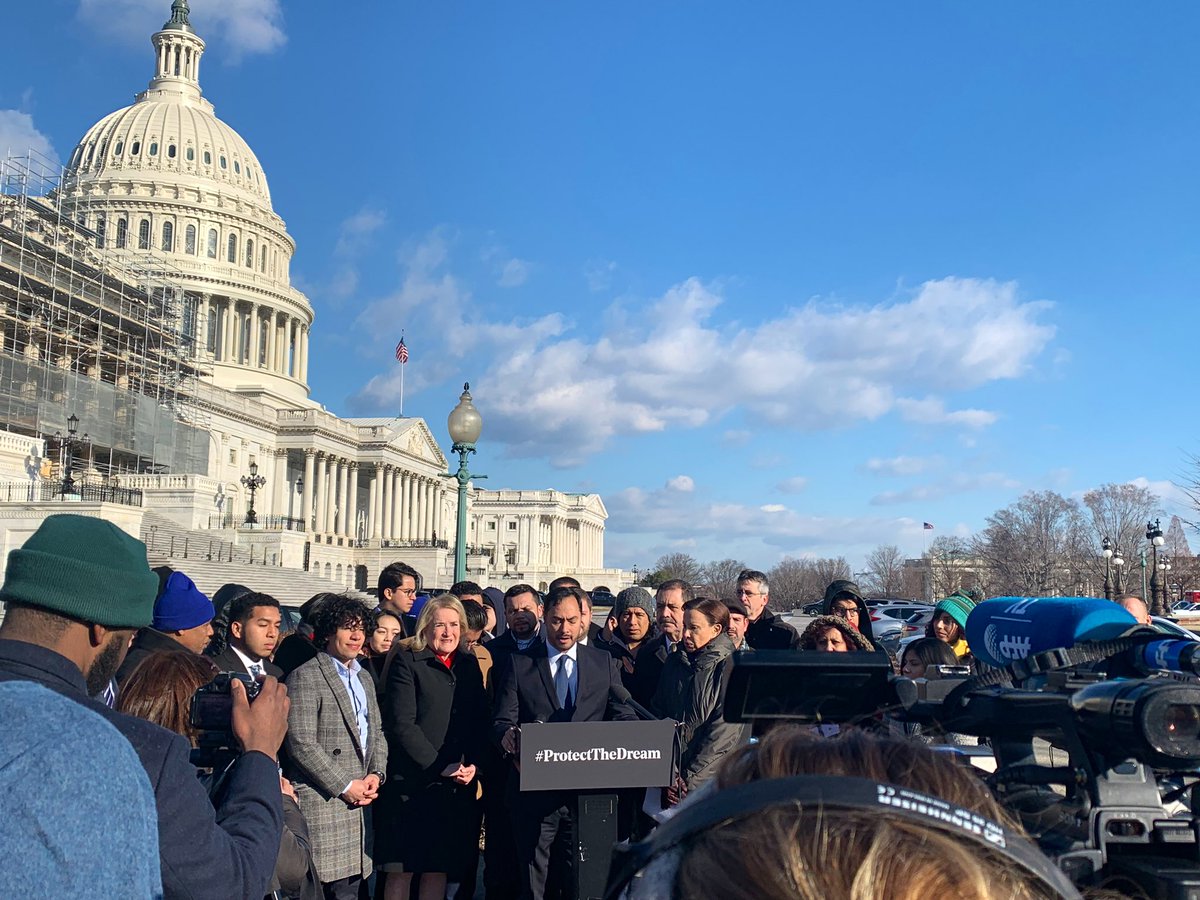 Fortunately, there is a solution.

June is Immigrant Heritage Month, an opportunity to celebrate the many contributions, stories and cultures of immigrants across the country. As the son of Bahamian immigrants, residing in a city defined by its immigrant roots and culture, this month is always meaningful to me.

June 15 also marks the ninth anniversary of the implementation of the Deferred Action for Childhood Arrivals (DACA) program, which was established in 2012 and has provided young immigrants who came to the United States as children temporary protection from deportation and the ability to work and study here. Thanks to DACA, hundreds of thousands of young immigrants, including nearly 25,000 here in Florida, have been able to attend school, build careers and pursue their American Dream, in the process helping us grow our economy and making our communities safer.

DACA recipients are pillars of our economic prosperity. Here in the Sunshine State, DACA recipients pay $72.5 million in state and local taxes annually. That’s critical funding that allows our state to pay for the services we all use. They also hold an annual spending power of $779.6 million which they pour back into the economy.

Dreamers are essential members of our community, fulfilling critical COVID-19 responses and recovery roles. Coming to the United States as children, this is the only country that Dreamers have ever known. They grew up and went to school here. They are our neighbors, friends, co-workers, and more importantly, have established their roots here in Florida. Dreamers are Americans and Floridians in every conceivable way, but on paper.

Aldo and his parents left Mexico City when he was 12 years old in hopes of building a better life here in Florida. Today, Aldo calls Fort Myers home. Because of the DACA program, Aldo was able to go to college, attending Miami-Dade College in the Emergency Medical Services program. Aldo now works as a paramedic, serving the Fort Myers community on the front lines of our response to the COVID-19 pandemic.

A year ago, the Supreme Court ruled to protect DACA, allowing first responders like Aldo to continue fighting the spread of the coronavirus. Despite this ruling, Aldo’s livelihood remains at risk. Texas Judge Andrew Hanen is currently weighing a case on DACA and could issue a ruling ending the program at any moment. If DACA is halted without a congressional solution in place, hundreds of thousands of Dreamers face deportation to another country where they have no connection or community. Not to mention the harm and trauma caused by separating hundreds of thousands of Dreamers from their families, deporting Dreamers would be economically and morally devastating for the nation. Simply put, it is the wrong thing to do.

Fortunately, there is a solution – passing legislation that would ensure Dreamers can remain in their homes, communities, workplaces and families, free from the threat of deportation.

Florida’s own Sens. Marco Rubio and Rick Scott need to work together and pass these timely and meaningful reforms.

Working together in a bipartisan manner, the Senate can create a new anniversary to celebrate: the day they permanently protected Dreamers.

Ted Hutchinson is the Florida State Director for FWD.us, a bipartisan political organization that believes America’s families, communities, and economy thrive when more individuals are able to achieve their full potential. The organization addresses harmful immigration and criminal justice policies to ensure everyone can live the American dream.