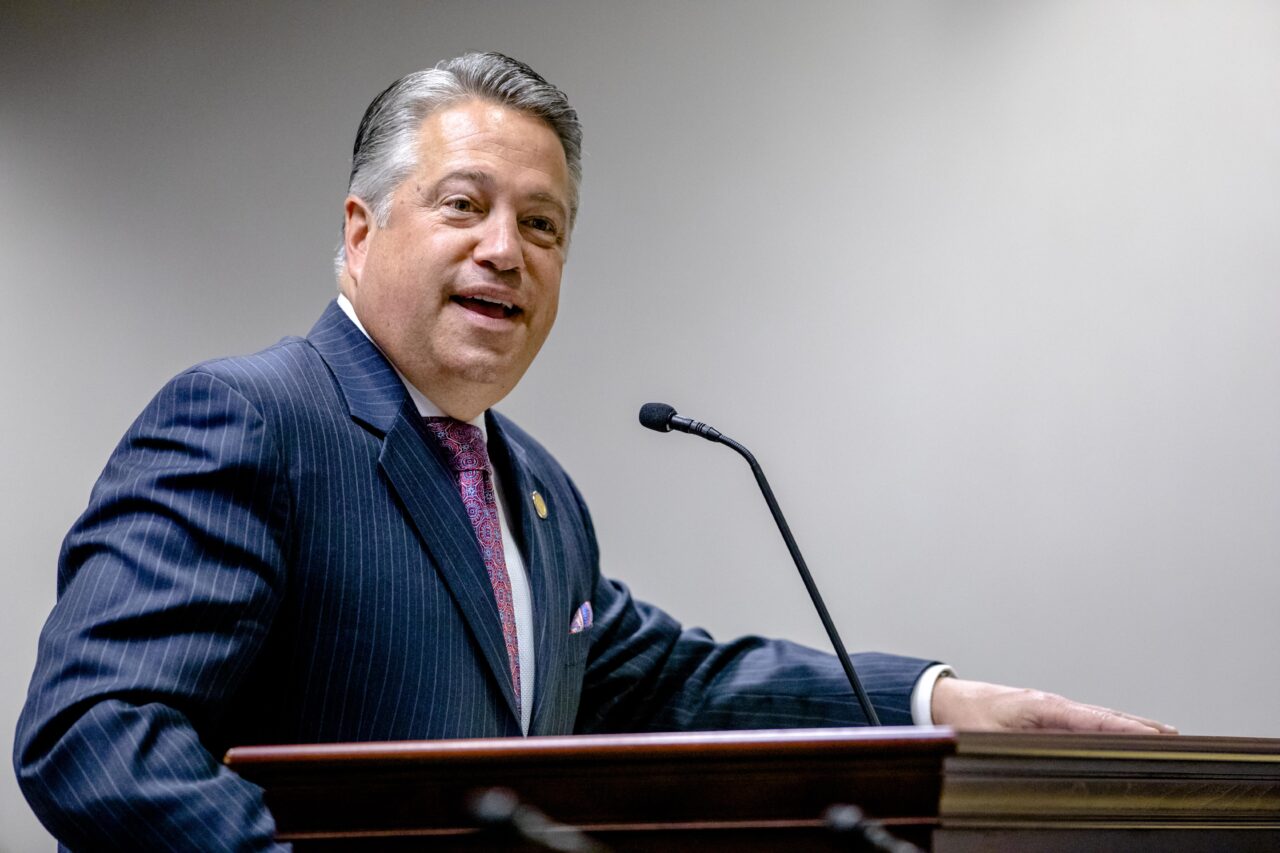 On Monday, the Supreme Court ruled colleges could not deny education-related benefits to athletes.

Republican Rep. Chip LaMarca is supporting a Monday decision by the U.S. Supreme Court chipping away at NCAA governing compensation for college athletes.

LaMarca fronted Florida legislation allowing college athletes to make money — including via endorsement deals — off of their name, image and likeness (NIL). Monday’s Supreme Court ruling did not deal with that issue. Instead, the court unanimously struck down NCAA rules limiting education-related benefits — such as laptops or paid internships — to college athletes.

“We don’t see too many 9-0 votes on the U.S. Supreme Court,” LaMarca said. Monday’s opinion by Justice Neil Gorsuch found that the NCAA is in violation of price fixing rules aimed at preventing monopolies.

“This is basically telling them they’re not allowed to operate that way,” LaMarca said of the ruling.

The NCAA has said its limits on benefits — even if educational in nature — exist to prevent individual schools from using expensive gifts to lure students to attend. But in the lawsuit which ended in Monday’s ruling, former athletes sued, arguing the rules violated federal antitrust law.

Athletic conferences will still be able to place their own limits on member schools, however. And Monday’s ruling did not touch on the issue of paying college athletes, nor on NIL concerns, which were the focus of LaMarca’s bill.

Justice Brett Kavanaugh wrote a concurring opinion, which is not binding, that attacked the NCAA model more directly and questioned whether any limits on athlete compensation are permissible.

Many reacting to Monday’s ruling have zeroed in on Kavanaugh’s concurrence, debating whether a future lawsuit targeting the NCAA ban on athlete salaries could succeed. But in remarks to Florida Politics, LaMarca made clear he would not support pushing legislation to make those reforms.

“I had no interest in that,” LaMarca said. “I still don’t have any interest in paying athletes (salaries) in college.”

LaMarca said he sees NIL legislation as a significant boost for athletes, allowing them to generate income either based on their star power or their ability to market themselves on social media.

“College athletes were not treated as equals to other college students, whether it be a journalism or engineering or finance major. They couldn’t participate in things that other students could,” LaMarca said.

“What we did, I think, is just open up the doors and level the playing field as far as the free market. And that’s really all I had a concern for.”

That NIL bill does remain in a bit of limbo, however, after being approved last year. Originally expected to go into effect on July 1 of this year, the Legislature approved legislation in May pushing back the NIL start date to 2022. Just days later, after significant criticism, lawmakers reversed the move, tacking an amendment onto a separate piece of legislation reinstating the July 1, 2021 start date.

Gov. Ron DeSantis, however, has not yet signed that second bill returning the NIL start date to 2021. DeSantis has said he would approve the bill, but is running low on time with July 1 just over a week away.

LaMarca expressed confidence Monday that bill would be signed in time.

“In 10 days, Florida’s athletes will be liberated from the economic chains of the NCAA, with no thanks to the NCAA,” LaMarca said.

“Today’s SCOTUS ruling in the Alston v. NCAA case shows the hypocrisy of the NCAA business model. I agree with the unanimous decision by SCOTUS. An organization should not be allowed to bar individuals from participating in the free and fair market strictly because that organization claims their product is exclusively defined and valued by restricting individuals from entering a free and fair market. This is exactly why I filed, and the Legislature passed, Florida’s Intercollegiate Athlete Compensation and Rights legislation over the last two years.”

Fewer than 2% of college athletes make it to the pros where they can make more lucrative salaries, according to the NCAA’s own stats. And all risk injury before even getting that far.

Critics point to the significant revenues generated from college sports, along with massive money paid to coaching staffs. The NCAA has repeatedly argued in favor of an amateur model, where athletes are not directly compensated.

After Monday’s ruling, NCAA President Mark Emmert said he would continue to work on federal legislation dealing with NIL issues.

“Even though the decision does not directly address name, image and likeness, the NCAA remains committed to supporting NIL benefits for student-athletes,” Emmert said. “Additionally, we remain committed to working with Congress to chart a path forward, which is a point the Supreme Court expressly stated in its ruling.”

LaMarca, however, has previously called into question the NCAA’s proposed NIL reforms and has maintained Florida’s legislation remains necessary.

previousStudy: Florida is the second least patriotic state in U.S.