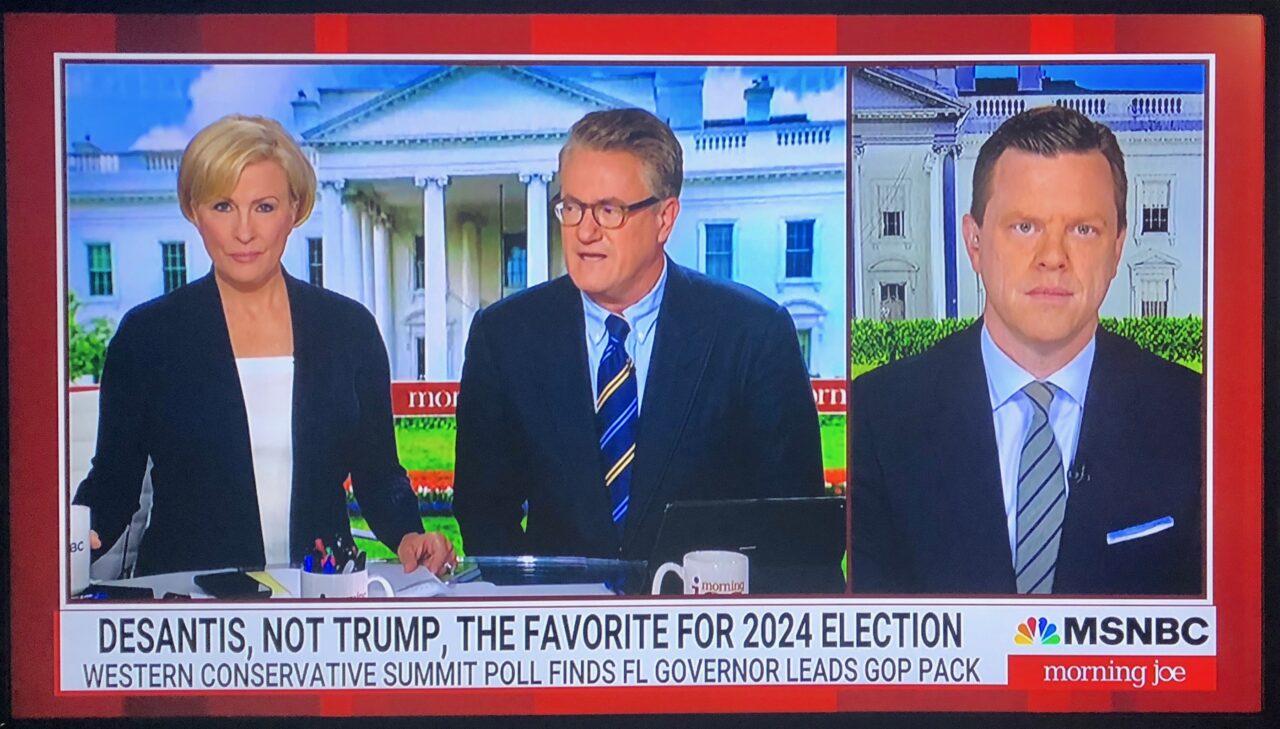 'It feels like a matter of time before Donald Trump turns on him.'

The view from at least one center-left news show is starting to focus on Gov. Ron DeSantis‘ rise to the top of national Republican politics.

He and others on the MSNBC show spent 10 minutes marveling about Florida’s Governor, starting with his reception at two weekend events, the Faith & Freedom Coalition conference in Kissimmee and the Western Conservative Summit in Denver.

The conversation among Scarborough, co-host Mika Brzezinski, and panelists Willie Geist, Michael Steele, and Katty Kay seemed to be part declaration of DeSantis as the GOP’s potential new national leader, and part wishful thinking that DeSantis’ rise could be the beginning of the end of former President Donald Trump‘s control of the national GOP.

The segment was sparked by the thunderous ovation DeSantis received on home turf in Kissimmee and by a straw poll at the Denver event, where more participants (74%) said they supported DeSantis for a 2024 run for President than said they supported Trump (71%.) Sen. Ted Cruz of Texas was third with 43%.

“This town, not just this town, but also the activists, whether they’re evangelicals or whether they’re money people, they’re quietly putting their money toward DeSantis,” insisted Scarborough, the former Republican Congressman from Pensacola who is one of the nation’s biggest never-Trumpers.

“And there’s a reason for that. As one person put it to me: ‘DeSantis is Trump without the gold toilet,'” said Steele, the former Republican National Committee chair, who, like Scarborough, has broken with the party.

Steele said the Republican base is pivoting from Trump to DeSantis.

“What you’ve got is a governor, who, for a lot of the base, stood in the breech against the CDC onslaught and the requirements, and showed his macho that way, and quite effectively was able to leverage off of Trump to some degree. And that’s worked to his advantage. He’s now built this relationship with his base in a way that puts him where we see him in this type of polling,” Steele added. “You’re going to see more of this.”

Geist observed that DeSantis is well-liked in Florida and is viewed “as a good Governor” and competent.

“He fights all the same fights on issues and on cultural questions that President Trump fought and continues to fight. But he does it without the exhaustion,” Geist said. “He doesn’t come with all the drama.”

Scarborough highlighted DeSantis’ resume, saying, “He checks all the boxes.”

Steele predicted DeSantis would be asked to campaign outside Florida for the 2022 election, to aid Republicans running elsewhere, even though DeSantis has a re-election campaign of his own to run.

Scarborough speculated that Republicans quietly hope Trump fades away and that someone else replaces him.

“This news about DeSantis is the best news Mitch McConnell has heard,” Scarborough said.

The panel shared a good laugh recalling how, a few weeks ago, Trump floated the idea that he would run for another White House term in 2024 — with DeSantis as his running mate.

And there lay the potential risk for DeSantis, taking the national limelight from a former President who is reluctant to give up the limelight to anyone.