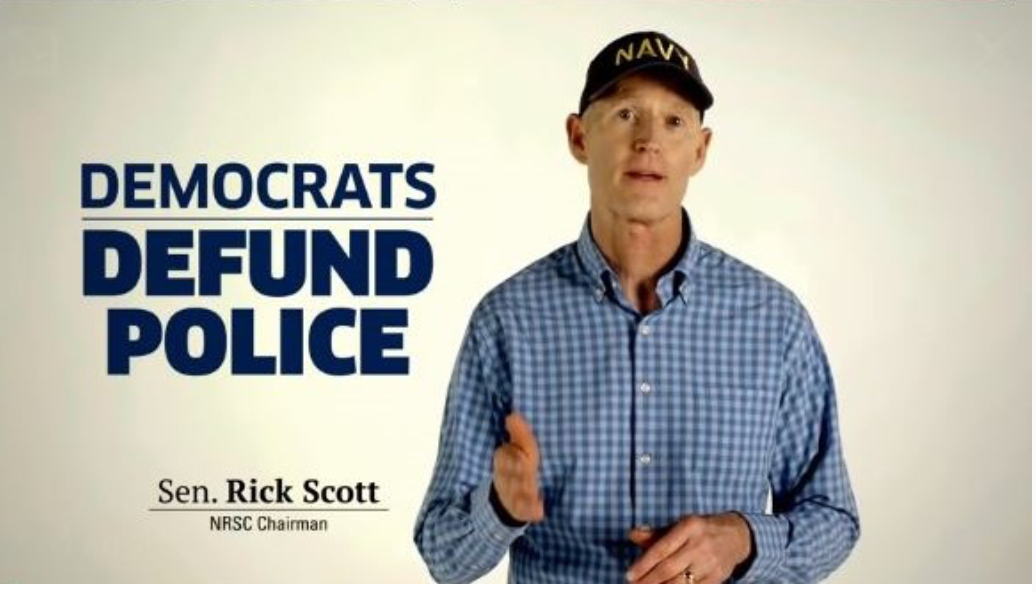 Scott said Biden had finally “figured out there was a crime surge in this country due to the policies of the radical Democrats.” But Biden failed to follow the “real simple advice” to “stop defunding the police,” he added.

Scott was on Fox Business Network’s “Evening Edit” when he made the comments, which continued messaging from one of his political arms ahead of the speech.

The 30-second spot was timed as a prebuttal to the Biden speech, and it begins with a laconic Scott narrating.

“Here’s the Democrat plan for America: Crime,” Scott said, introducing footage of mob violence in the streets recorded last summer as riots and protests roiled cities around the country.

Scott contends in the ad that Democrats have “embraced the idea of defunding the police, which is the dumbest idea ever,” a position familiar to those tracking Scott’s media and an example of Scott’s famed message discipline.

Scott has been making similar arguments since calls to reprioritize law enforcement funding mounted after the police killing of George Floyd in Minneapolis last year.

“The single most ridiculous and irresponsible policy idea that has been suggested in my lifetime can be summed up in three words: ‘Defund the police.’ And yet, it is actually being discussed and debated as if there are pros and cons to it by those on the left. There are no ‘pros’ to defunding the police. There are no coherent arguments for this lunacy,” Scott wrote in the Washington Examiner in June 2020.

The “defund the police” trope’s return to NRSC messaging appears to be a direct result of Biden messaging on the uptick in crime, especially in urban areas.

A “battleground states poll” commissioned by the NRSC and the Republican Governors’ Association that was touted this week did not address police funding, instead covering topics including critical race theory, the COVID-19 “lab leak” theory, and the crisis at the Mexican border.

previousLast Call for 6.23.21 — A prime-time read of what’s going down in Florida politics