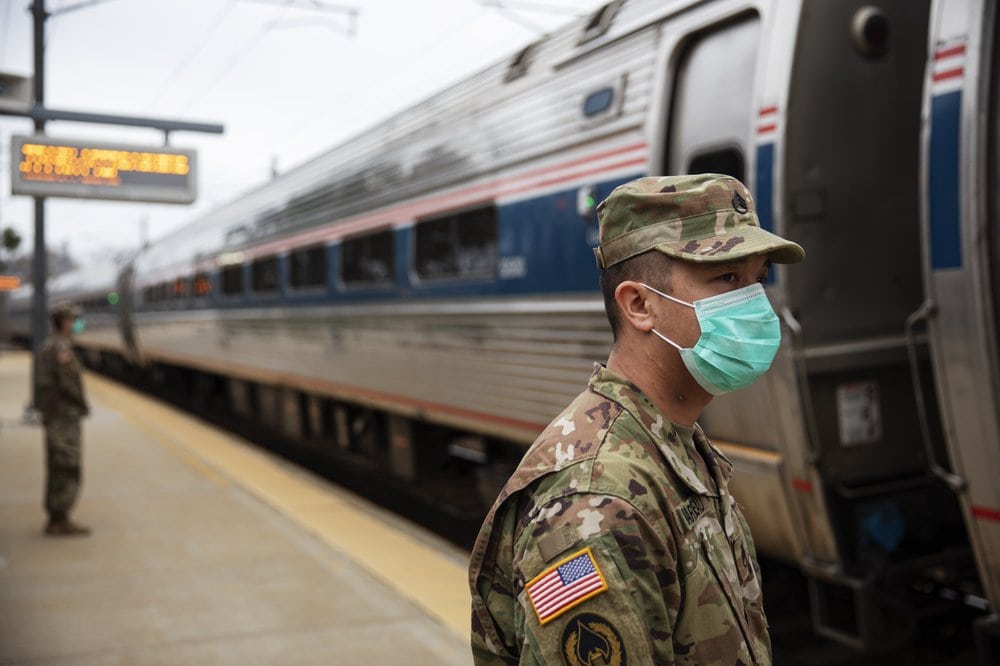 More troops were domestically mobilized in 2020 than in any other year in American history.

Soldiers and airmen of the Florida National Guard went months without state education benefits this year despite serving amid the busiest activation period since World War II.

According to documents obtained by Florida Politics, the Educational Dollars for Duty (EDD) program stopped approving service members’ applications in April after funding for the state program ran out.

The program, a flagship benefit and recruitment tool, covers tuition and fees for eligible troops.

“When people work and they don’t get the education benefits that they’ve been promised, that, to me, is a serious problem,” said Volusia County Sen. Tom Wright, chairman of the Committee on Military and Veterans Affairs, Space, and Domestic Security.

In all, roughly 250 guard members were denied the benefit, according to the Florida National Guard. Moreover, the entire force remained without it until Thursday, when the new budget kicked in.

Florida Politics spoke to several guard members who were unable to access the state tuition benefit during the months-long drought.

One guard member, who spoke under the condition of anonymity, lamented the situation as unforeseen.

The 20-year-old joined the military with the benefit in mind and described the situation as an “unkept promise.”

“I’m only taking one class now and I paid out of pocket,” the soldier said. “It’s all I can afford and financially, it set me back.”

Alternatively, others opted to delay their education.

“I expected to drop classes for hurricane duty or a pandemic mission at some point,” said another guard member. “I didn’t expect to not go to school because they’re out of money.”

Wright said demand for the program is outgrowing supply.

“The 4.1 (million) has always been enough money,” Wright explained. “But I think what’s happening is probably the guardsmen and women are probably, through word of mouth, discovering this program. And so, we ran about $600,000 short.”

Since FY 2018, the number of service members utilizing the program has climbed by 15% each year, with STEM program usage — a more costly field of study — rising from 28% to 32%, according to the National Guard.

When told soldiers were without education benefits, Christina Pushaw, DeSantis’ press secretary, noted the Republican Governor fully funded the program under his budget.

“The Florida National Guard indicated that the full release of funds would provide the resources necessary to process all the applications with no impact to students,” Pushaw said in an email.

The Florida National Guard, meanwhile, said some guard members may have alternative education benefits provided by the federal government.

“Florida Guardsmen who were planning to use EDD may also be able to take advantage of other educational funding sources, including Federal Tuition Assistance or the Post 9/11 G.I. Bill,” said Brown told Florida Politics in an email.

Still, not all Guardsmen may qualify for federal benefits.

Rather than a state education benefit, the Tuition Assistance program and Post 9/11 G.I. Bill are federally funded programs.

What’s more, they cover various education expenses based on a soldier’s unique circumstances.

For example, a Guardsmen who serves a year-long federal deployment is entitled to a lesser percentage of G.I. Bill benefits than an active-duty soldier with several years of service.

To make up the difference, Guardsmen – who serve on a part time basis under the Governor’s command – often couple the state education benefit with the federal programs.

Alternatively, some prefer to leave their G.I. Bill untouched and instead transfer it to their spouse or a child.

The state education benefit, one soldier suggested, is of paramount importance to his family — particularly in a world where a few hundred dollars can separate a student from a diploma.

Notably, this isn’t the first time Florida’s troops went without.

According to the FLNG, the last time EDD paused benefits due to lack of funding was FY 2016-2017 under then-Gov. Rick Scott.

Financial impacts aside, underfunded benefits may strike a larger blow to the state’s National Guard readiness.

Speaking to a Senate Subcommittee in January, the Florida National Guard’s top-ranking general described the stated education benefit as an important tool in his toolbox.

Any cut or disruption, the general suggested, may undermine troop morale at a time when troop numbers are few and the mobilizations are many.

Adjutant General James Eifert’s remarks came at a time when lawmakers warned of widespread budget cuts amid the COVID-19 pandemic.

“When you make that promise and they’re entering school and paying their bills and then you say you don’t have that money anymore, it’s really a letdown,” Eifert told Florida Politics in January before the budget unveil. “It’s a pretty significant impact when you cut that program.”

If left unaddressed by lawmakers, the likelihood that guard members will go without state education benefits is significant.

According to the Governor’s Office, DeSantis’ newly signed budget contains funds to boost troop numbers within the state.

The push to build and expand comes as Florida’s population outgrows the ranks of the Guard.

When compared to the state population, the Florida National Guard is the second smallest troop in the nation despite serving the fourth most disaster-prone state.

Speaking to Florida Politics, Wright said he plans to use his chairmanship to seek more funds and assess the program’s needs.

“We promised these people when they were recruited that this would be one of their benefits and now, we need to come through with the money,” Wright said, later adding, “I don’t perceive that to be a problem. We’ve got such a dedicated Governor that’s all about veterans, military, law enforcement.”

According to the National Guard Bureau, more troops were domestically mobilized in 2020 than in any other year in American history.