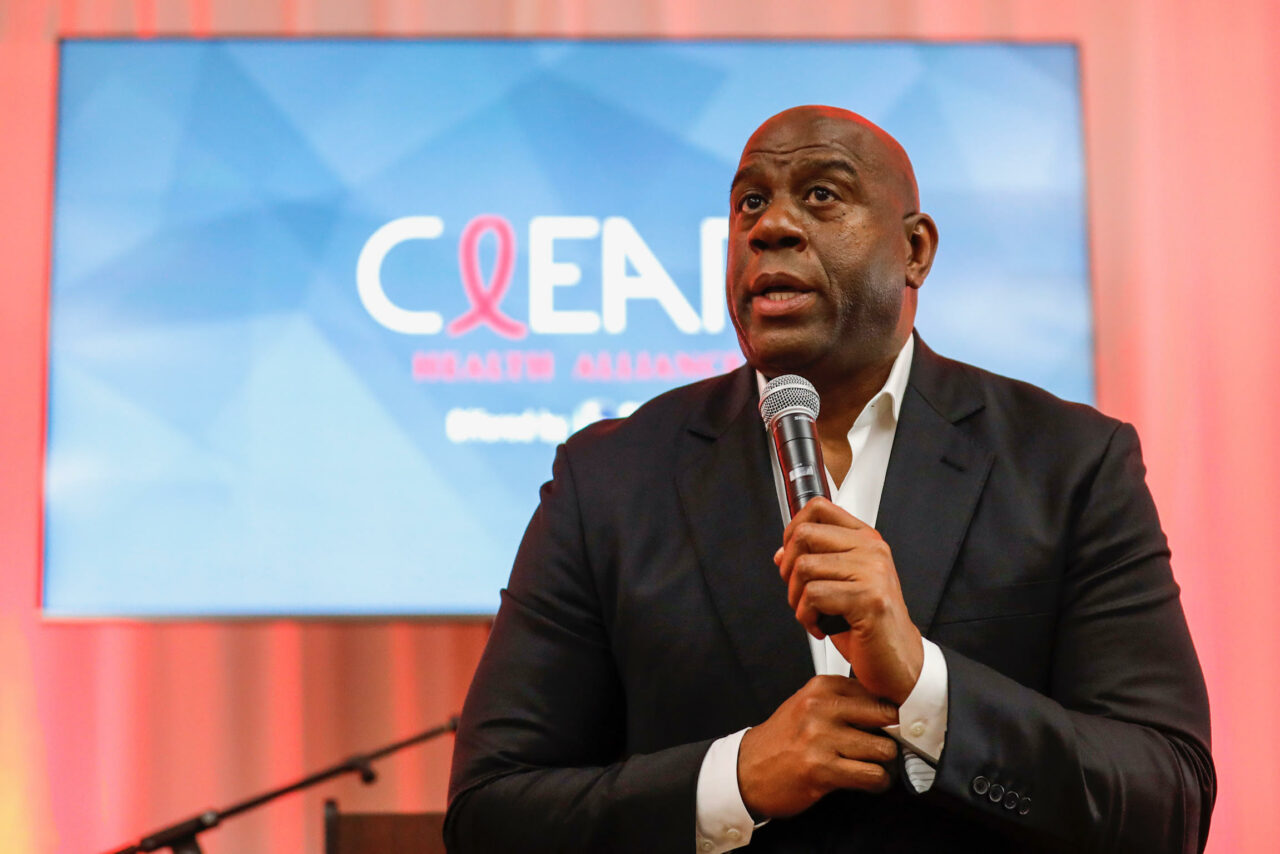 Magic Johnson spoke at the event, which recognized work by officials and community members.

The Coral Gables Museum, with the help of basketball legend Earvin “Magic” Johnson, has presented its 2021 Trailblazer Awards, while also celebrating a new informative exhibit on HIV/AIDS.

The Clear Health Alliance (CHA) presented the awards to recipients June 18, with Johnson appearing as a keynote speaker. Thomas Liberti was the recipient of this year’s Lifetime Achievement Award as the former chief of the Florida Department of Health’s Bureau on HIV/AIDS and Hepatitis.

Liberti served at the department from 1997 until his retirement in 2012. He continued his work in HIV/AIDS policy as strategic advisor with CHA in 2012. CHA is a a specialized Medicaid plan that supports people living with HIV/AIDS.

Liberti started his career in public health in the mid-1970s in Miami-Dade. After HIV/AIDS began emerging, Liberti was named to lead the fight in the Tampa Bay region. He later moved to Tallahassee in 1990 to work on statewide policies and education.

He also had a part in the fight nationally, as a member of the Executive Committee for NASTAD, the National Alliance of State and Territorial AIDS Directors and the HRSA AIDS Advisory Committee.

The awards were part of the museum’s exhibit “A Matter of Time: Examining Forty Years of AIDS While Living through a Pandemic,” which will be at the Coral Gables Museum through July 18.

This exhibit provides videos, documents, materials and other historical information on the emergence and development of AIDS. In addition to educating visitors about the virus, the exhibit also remembers the more than 33 million people who have died from this disease over the past forty years.

Along with CHA, the “A Matter of Time” exhibit was sponsored by several partner agencies in the South Florida community, including Empower U Community Health Center, Care Resource, Community Alliance Against AIDS and others.