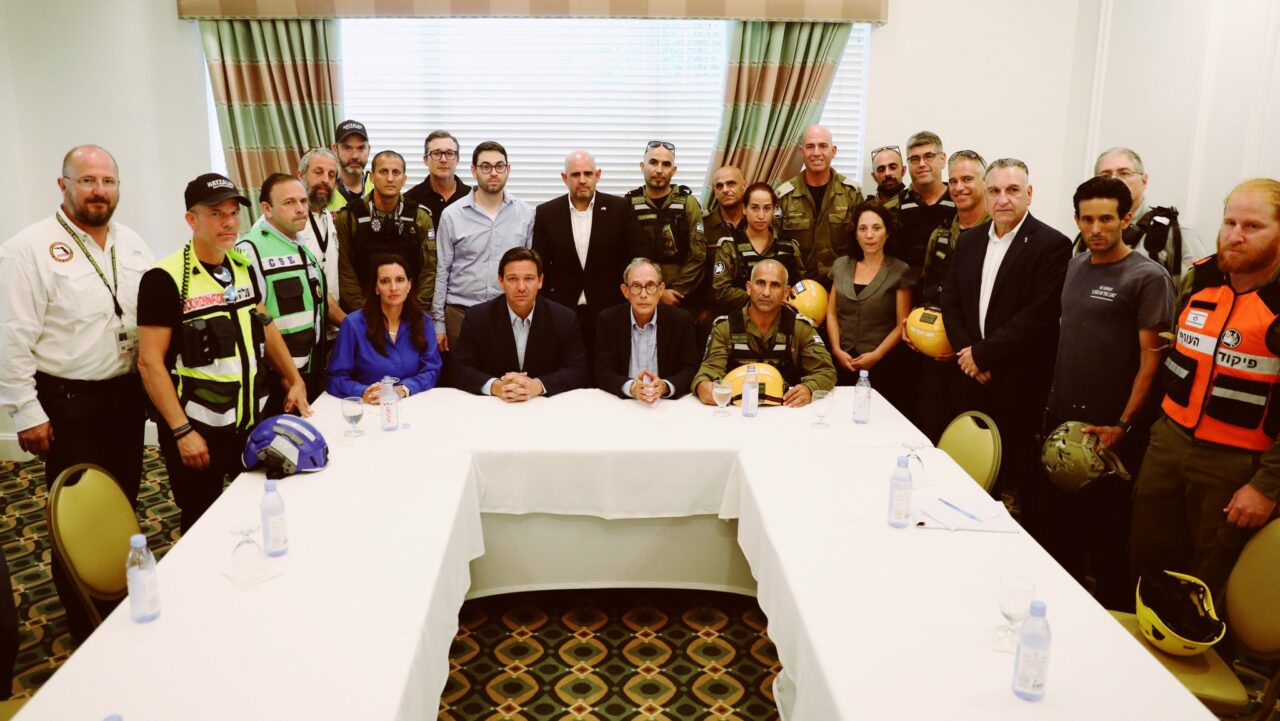 The troops arrive amid the largest non-hurricane deployment in state history.

Israel Defense Force members are among the hundreds of emergency workers responding to the collapse of an oceanside condominium in Surfside, Florida.

Working to rescue survivors beneath the rubble of a collapsed 12-story structure, the IDF troops join the roughly 370 emergency workers serving amid the largest non-hurricane deployment in state history.

“These men and women will no stop and will continue to work day and night until the mission is done,” State Fire Marshal and Chief Financial Officer Jimmy Patronis tweeted Sunday.

Sen. Rick Scott  meet with the IDF Sunday afternoon. The Israeli troops specialize in engineering and social care among other proficiencies, Scott said.

Israel’s arrival marks the latest handshake between the Middle Eastern country and the Sunshine State.

In 2019, DeSantis led a Florida trade delegation to Israel, where he declared a positive relationship with then Prime Minister Benjamin Netanyahu.

More recently, DeSantis in May spoke in support of Israel amid a rise of conflict between the U.S. ally and Hamas.

At least 9 people have been confirmed dead since the building collapsed early Thursday. More than 150 people, meanwhile, remain unaccounted for.

“This is going to be a rescue mission for the indefinite future,” said Surfside Mayor Charles Burket. “We are not stopping until we pull every resident out of that rubble.”

While the cause of the collapse remains unknown, a 2018 engineering report detailed “major structural damage” within the oceanfront condominium.

Among other findings, the report uncovered “abundant cracking and spalling” in certain areas of the structure.

It also noted that  previous attempts to fix the columns and other damage were marred by poor workmanship.

In all, an engineering firm estimated that the major repairs the building needed would cost more than $9 million.

Miami-Dade Mayor Daniella Levine Cava told Meet the Press Sunday she’s ordered an audit of all buildings 40 years and older in the area.

nextConfusion over civics: What’s in the new civics literacy exam? What happens if students don’t pass?