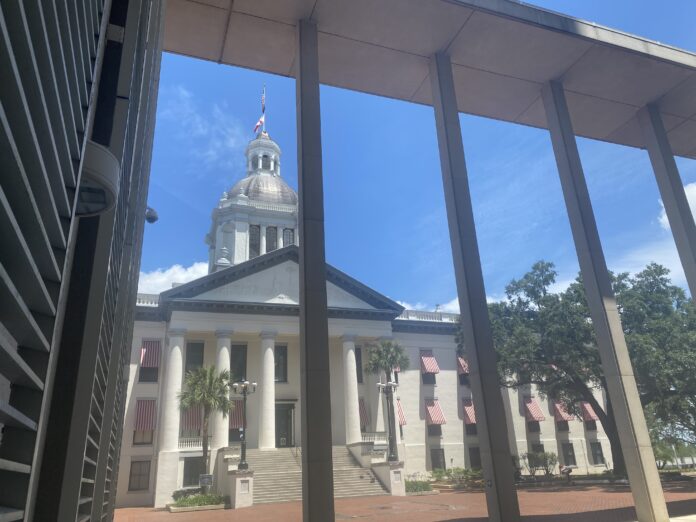 'Florida’s public record law provides a right of access to any person.'

Your government can’t drag you into court anymore if you file a request for a public document. Legislation now signed by Gov. Ron DeSantis has put an end to these “declaratory judgment” lawsuits.

Essentially, agencies ask a judge to rule on whether the requested information represents a true public record that it is obliged to hand over. But they can seriously run up costs of seeking public records and drag out the process, according to a Florida First Amendment Foundation analysis.

Patricia Marsh, executive director of the Florida First Amendment Foundation, praised the Governor, who signed the legislation on June 29.

“We are thrilled that Gov. DeSantis saw the wisdom and necessity of SB 400 and signed it into law,” she said via email.

“Florida’s public record law provides a right of access to any person. When a person asks for public records — as is their right in Florida — they don’t expect to be hauled into court by the government. This legislation ensures that records are not limited to individuals with the time and resources to defend a declaratory action brought by the government. We are also deeply grateful to Sen. Ray Rodrigues, who has sponsored this bill for several years. We support his work on behalf of open government, access to records, and transparency.”

Rodrigues is a Republican from Lee County.

The Foundation pointed to three examples of these lawsuits. The city of Orlando filed one in response to the Pulse nightclub shooting in 2016, even though it could have cited a legal shield for criminal evidence.

The South Florida Water Management District did the same when Everglades Law Center sought minutes from a closed-door meeting during which the district OK’d a legal settlement with George Lindeman Jr., the rock mine developer. A trial judge ruled with the district and so did a state appellate court, according to a South Florida Sun-Sentinel editorial.

And the city of Tallahassee took the Tallahassee Democrat newspaper to federal court over a records request for information detailing red-light camera violation notices sent to drivers accused of running red lights. The newspaper won in 2012 but had to pay its own legal costs.

Another public records bill the Governor signed (SB 1048) shields the work of conviction integrity units within state attorney offices, which investigate claims that people have been falsely convicted of crimes. The foundation didn’t take a position, writing, “The exemption applies for a reasonable period of time during an active, ongoing, and good faith investigation of a claim of actual innocence and until the claim is no longer capable of further investigation.”

DeSantis signed HB 1055, which will mean that companies contracting with state agencies no longer need to request trade-secrets protection regarding the money they are paid and their pricing but rather will receive it automatically. “The bill undermines confidence in government spending and transparency,” the foundation said.

The governor signed HB 781, which opens records containing home addresses for a wide array of public employees with policing authority, including judges, law enforcement officers, prosecutors, and public defenders, but only to title search companies seeking real estate records “while other businesses, journalists, and the public cannot access the information,” the foundation complained in its analysis.

He signed HB 1229, which requires counties to post the names of adults subject to protection orders involving domestic or sexual violence or stalking against minors on publicly available websites. The foundation took no position on that measure.

Another bill the governor signed (HB 1315) is tied to a move toward the creation of digital driver’s licenses that people would store on their smartphones (allowed under HB 1313, which DeSantis also signed). It limits access to people’s login information. The foundation took no position.

Via Michael Moline. Republished with permission of Florida Phoenix.

previousSunburn — The morning read of what’s hot in Florida politics — 7.7.21