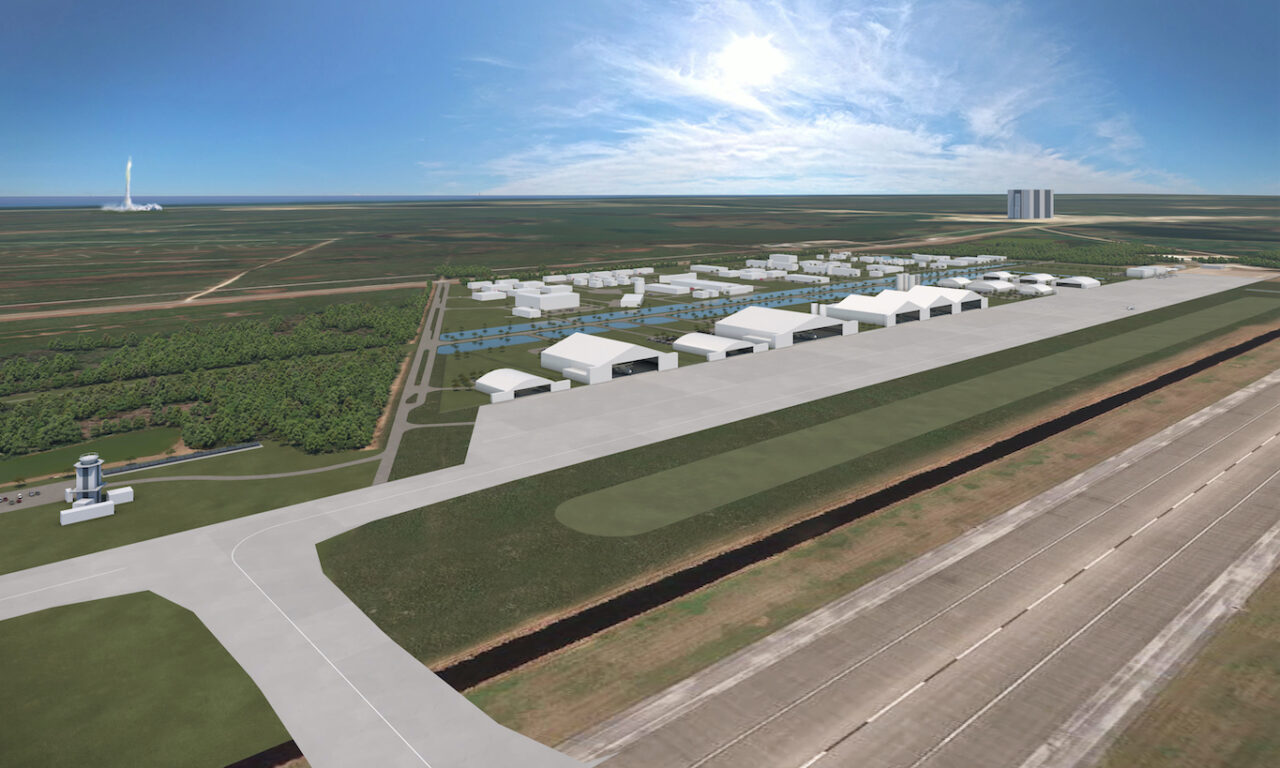 Space Florida is turning one of the world’s longest and widest runways into the anchor for its next phase of development for Florida’s — and America’s — next era of space operations.

Thursday is the 10th anniversary of the final space shuttle launch, the STS-135 mission of space shuttle Atlantis — the end of that era.

The Kennedy Space Center Visitors Complex is commemorating the anniversary with a panel discussion open to all paying guests at the complex. The 2 p.m. Thursday event will feature STS-135 astronauts Chris Ferguson, Rex Walheim and Sandy Magnus, as well as space shuttle astronauts William Shepherd, Norman Thagard, and Nicole Stott.

When Atlantis concluded that final mission by touching down July 21, 2011, on what was then called the Space Shuttle Landing Facility, America’s space program went into its slow state of transition and evolution from government space shuttles to what’s next.

Ten years later, that evolution is leading to commercial space growing rapidly through Space Florida’s redevelopment efforts, while NASA pursues its agenda, including the launch of its next big rocket, and while the military redefines its missions under the U.S. Space Force.

Rockets are going up from Cape Canaveral several times a month now, yet the Cape’s space operations still might be only a fraction of its envisioned potential. While rockets and Florida’s Space Coast commercial space industry are rising quickly, much of the big commercial space economy remains invested elsewhere, in California, Texas, and Alabama. There is much yet to attract.

“We’ve come a very long way in growing the Cape. NASA and national security missions are still steady and ongoing. But the real growth is in the commercial sector. And that’s what’s got everybody excited,” said Dale Ketcham, Space Florida’s chief of strategic alliances.

There, in the middle of it all, still only marginally repurposed from its original mission as the space shuttle landing strip, is an underused, undeveloped, unpolished gem. The 15,000-foot long, 300-foot-wide ribbon landing facility is one of the world’s longest and widest runways.

Space Florida, the state’s agency assigned to promoting and building a space industry, now controls the runway through a long-term lease with NASA and has renamed it the Space Florida Launch and Landing Facility.

Space Florida controls thousands of acres surrounding the landing strip, including at least 400 that can be developed.

“Development at the Launch and Landing Facility ensures Florida’s leadership in space commerce and exploration will continue, bringing new capabilities and customers to the busiest spaceport in the world,” said Space Florida President Frank DiBello.

“This is another critical investment its Florida leads the way in commercial space development, creating statewide economic opportunities for generations to come, Florida Department of Transportation Secretary Kevin Thibault said.

Ketcham cautioned that the development will have to be space-oriented. Since the space shuttle program ended, the landing facility has been used ad-hoc for all sorts of purposes, even as a test track for NASCAR. The future should all be space stuff.

“It would need to make sense to put out there,” Ketcham said.

“The plan is to provide a location where the commercial space marketplace can evolve and take advantage of what’s evolving here at the Cape Canaveral Space Port, which is all the activity associated with NASA/KSC and the Space Force, and the Navy, at the Cape Canaveral Space Force Station,” Ketcham said. “The goal is to help provide the marketplace with the opportunity to evolve so that Florida maintains its leadership position as the dominant spaceport on the planet.”

Commercial access to Kennedy Space Center is one thing. Rocket and satellite factories and distribution points are important.

The showy prospects involve the next generation of spacecraft, the kind that lifts off from runways and then lands on them like the space shuttles used to do. Several space companies are working on these, notably British billionaire Richard Branson’s Virgin Orbit and Virgin Galactic, and Sierra Nevada’s Dream Chaser.

Space Florida has a deal with Sierra Nevada to host some landings of Dream Chaser, but there are no deals with Virgin or the others. And no one has signed up to take off from there yet.

“We’ve been in long conversations with Virgin Orbit and Galactic and other associated horizontal launch and landing firms, but nothing is closed yet,” Ketcham said. “Which is fine. That market is still maturing.”

There are competing airstrips. Virgin has been launching out of California. Houston and other places also have been repurposing old airports for the new space race.

“I think we’re probably more mature with a more diverse set of offerings at this point in time,” Ketcham said. “But again, It’s incumbent upon us to maintain that aggressive posture to see to it that we remain competitive and offer the best business case. You know, we’re not going to win everything. But we think we’re in a position to put a good offer on the table to most anybody who is interested in expanding their footprint in the commercial space marketplace.”