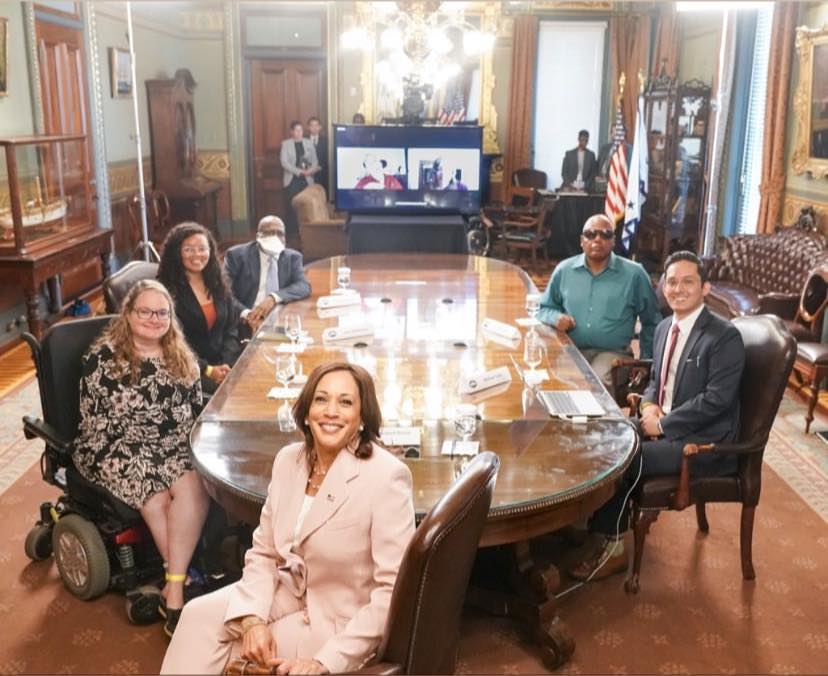 'For the Vice President to reserve an hour to meet with the disabled community is a big deal.'

Vice President Kamala Harris convened a group of disabled advocates at the White House this week. Florida lobbyist Faith Olivia Babis, a senior public policy analyst for Disability Rights Florida, was among the voices at the table.

Babis said she felt excited just that the conversation happened at all.

“For the Vice President to reserve an hour to meet with the disabled community is a big deal,” she said. “We are not normally included in discussions about us.”

The Vice President’s team contacted national disability organizations to assemble advocates with a focus on voting rights. Babis has facilitated work for the Florida chapter of the American Association of People with Disabilities’ REV UP campaign. That effort focused on boosting voter registration and engagement for voters with disabilities.

Babis also has been involved in Democratic politics for years, and in 2018 ran for a seat in the state Senate.

Voting access is a personal issue for Babis. Born without arms, it’s critically important to Babis that assistance be available at polling places for those who require it to fill out a ballot.

Much of the conversation revolved around handicap ramps and transportation issues. During the pandemic last year, Babis said, many access issues were exacerbated.

One chief concern was supervised voting at nursing homes, which was not allowed in many parts of the country, including in Florida. Normally in this state, nursing homes and assisted living facilities can let elections officials into a facility to help with voting, but only if five or more residents ask for it. Babis said it’s a complicated process in many ways, but the only way many could vote.

But with concerns over the pandemic locking down access to nursing homes out of fear of infiltration by the coronavirus, many individuals could not access that path to voting.

Basic issues from street curbs outside polling places and access to public transit also arose. That also pointed out the intersectionality between voting access, American Disabilities Act compliance and many other matters challenging individuals.

“One of the people said that we face issues the second we walk out of our front doors,” Babis recalls.

Babis felt positive about her interactions with the Vice President, and ultimately said the community was heard. Access to vote-by-mail ballots was a priority voiced by disabled advocates from across the country.

“It felt like a very positive meeting,” she said. “I believe it is one of many future meetings she will have with advocates, and hopefully we will come up with policy solutions.”