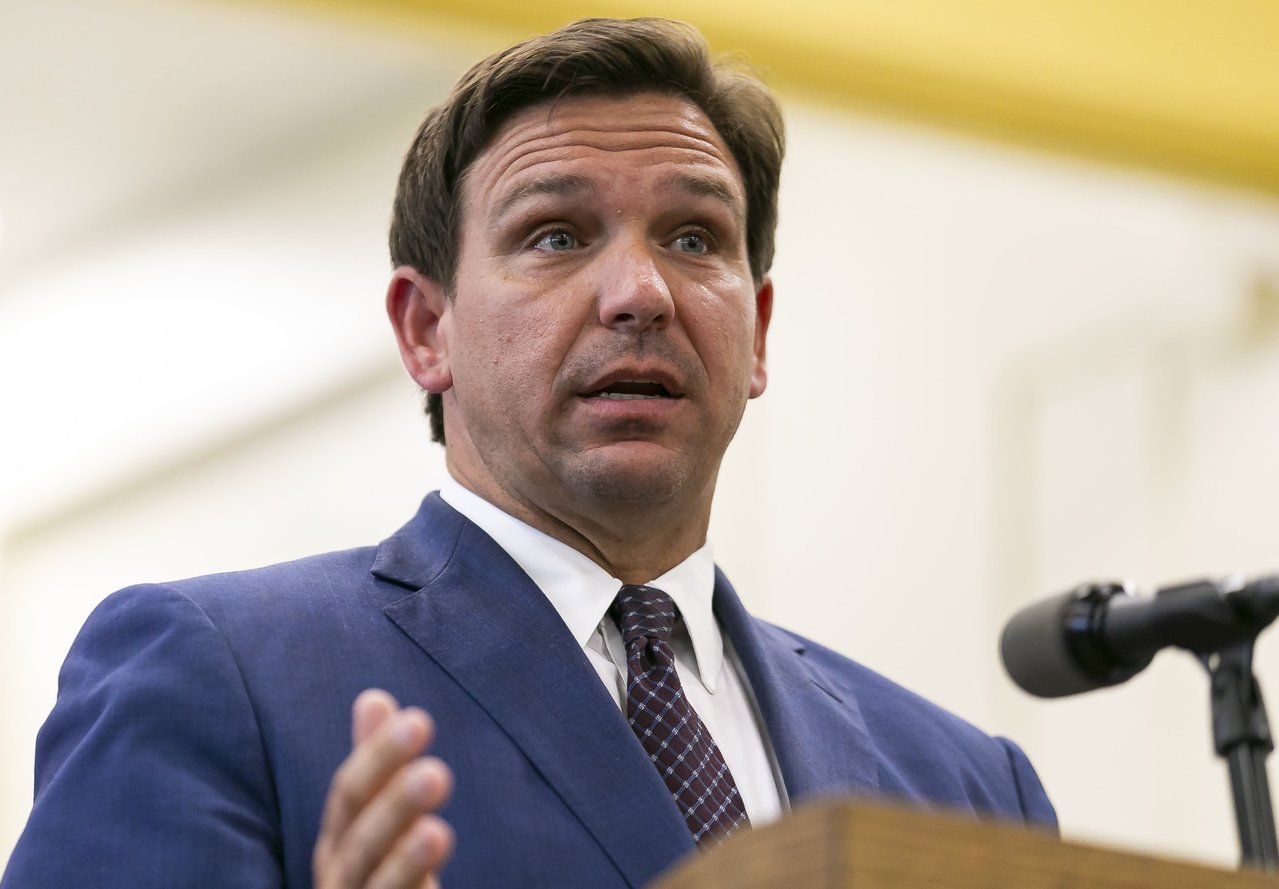 Gov. Ron DeSantis on Wednesday joined the chorus of prominent conservatives urging people to get vaccinated against COVID-19, but he continued criticizing the federal government’s approach.

COVID-19 infections and hospitalizations are on the rise nationwide, particularly in Florida. One statistic released by the White House estimated that 20% of new cases last week occurred in Florida.

Conservative regions have largely trailed in vaccinations. This week, Republican officials and conservative media figures reignited calls for people to get the shot.

Taking his turn during a press conference in St. Petersburg, DeSantis stressed the vaccine’s effectiveness.

The chances of a fully vaccinated person getting seriously ill or dying is “effectively zero,” DeSantis said. “Moreover, nearly 95% of those admitted to hospitals with the disease aren’t fully vaccinated,” he continued before dismissing the “one-offs” who still get seriously ill.

“These vaccines are saving lives. They are reducing mortality,” DeSantis said.

However, he criticized the federal government and local officials on multiple fronts as they try to convince holdouts to get inoculated.

According to data released from the Florida Department of Health last week, only 51.2% of the state’s eligible population has been fully vaccinated against COVID-19. That’s despite vaccines being widely available for months.

Most of them don’t believe COVID-19 is a hoax, DeSantis said. Most unvaccinated people are younger, and therefore, they’re calculating that they could handle an infection, a decision he said he understands.

To reach unvaccinated people, it’s important to be honest about the risks of COVID-19, he added.

“I think that the more they’re hectored by government officials or some of these folks, that is not going to get them to yes, I can tell you that right now,” DeSantis said. “I think these are folks that have skepticism of authorities.”

DeSantis again blamed the federal government for a drop-off in Johnson & Johnson inoculations, tying it to when the Food and Drug Administration halted the one-shot J&J vaccine in April to investigate possible blood clot side effects.

Officials concluded that side effect is rare. Over the 11-day pause, they found only 15 recipients who developed related blood clots.

“I think it was a huge mistake. I said so at the time, and I think that that sent a message that maybe this is not something that they should be doing,” DeSantis said. “I think that’s been unfortunate because I took it. I think it’s effective.”

“Understand what that message is sending to people who aren’t vaccinated,” DeSantis said. “It’s telling them that the vaccines don’t work. I think that’s the worst message you can send to people at this time.”

During the press conference, DeSantis also predicted the summer “wave” to continue through August, as it did last year.