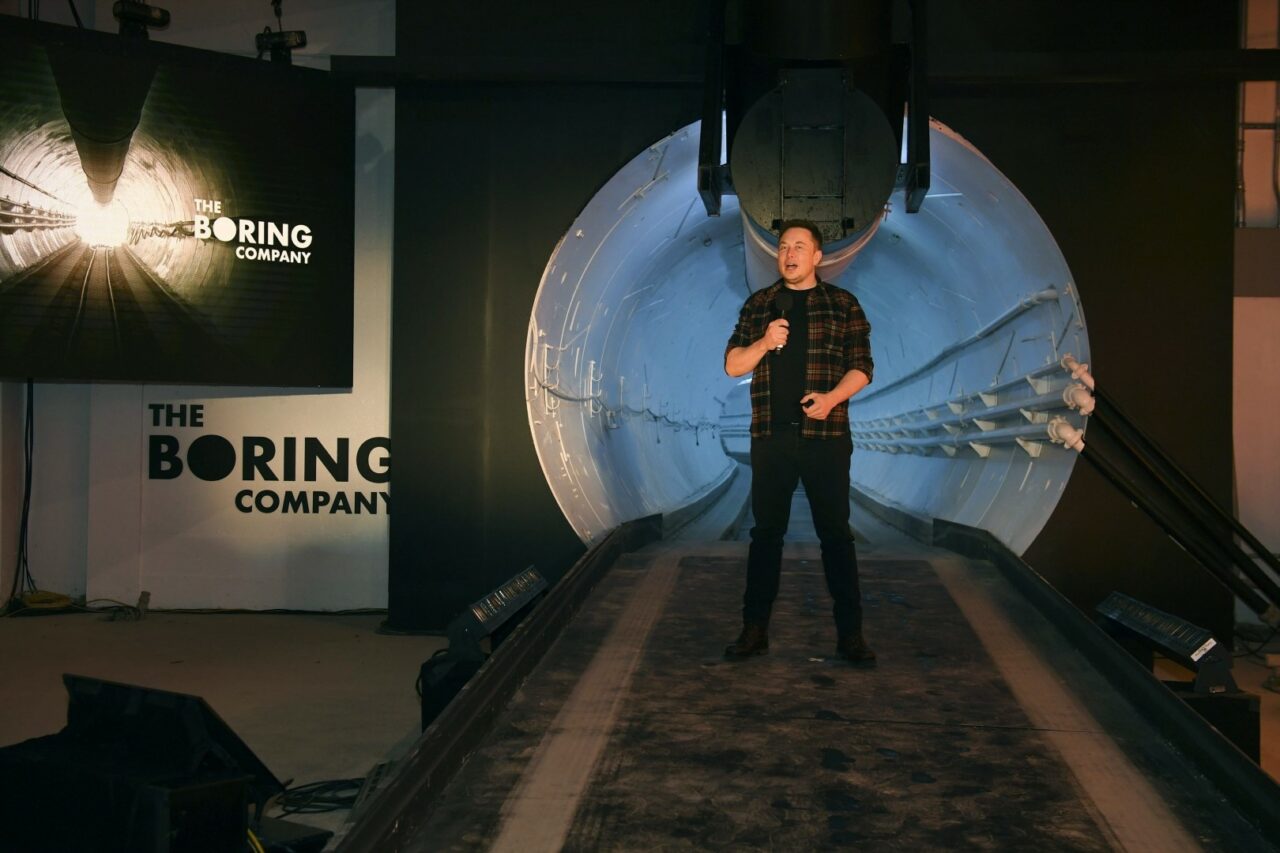 Musk's tunnels are far cheaper than traditional ones because they use electric vehicles and don't need ventilation to expel carbon emissions.

On Thursday, the county’s transportation planning board approved a six-month, $88,000 study of tunneling technology created by Musk’s company, as well as similar technology designed by other companies, as a way to provide faster, cheaper travel options to residents.

The move comes just weeks after Fort Lauderdale Mayor Dean Trantalis announced that his city had accepted a proposal from the Boring Co. to build an underground transit system between its downtown and beach, barring a better proposal from another firm by Aug. 30.

A to-be-named consultant will conduct the Miami-Dade study, which will involve examining the costs and benefits of tunneling projects domestic and abroad and where in Miami-Dade such projects would be most suitable.

Four of those routes have neither full funding nor a transit upgrade selected. A fifth awaits an agreement between the county and private commuter rail operator Brightline.

Miami Mayor Francis Suarez, who sponsored the authorizing item, has been in talks for months with Musk about developing a new mass transit system using electric cars beneath the city for roughly $10 million per mile, all potentially payable by Musk’s company.

Those conversations sprung from a phone call the two men had in February in which Musk told Suarez he could build a two-mile tunnel below the Miami River in six months for about $30 million — 3½ years sooner and about $870 million cheaper than county transit officials estimated the project would cost in 2017.

So far, Musk’s company has completed and opened two tunnels, one in Los Angeles and the other in Las Vegas. The latter, known as the Vegas Loop, opened last month. In March, Suarez and other local officials visited the project, which is mentioned repeatedly in plans for the Miami-Dade study.

The less than 2-mile Vegas Loop, which took about six months of drilling and cost $52.5 million, features 12-foot-wide tunnels connecting three passenger stations that accommodate a fleet of electric vehicles by Tesla, another of Musk’s companies.

The cars circulate the tunnel, taking passengers below the Las Vegas Convention Center, cutting what would be a 25-minute walk into a two-minute ride.

Early Boring Co. promotional materials estimated cars traversing its underground loops could reach up to 124-mile-per-hour speeds. Test rides of the Vegas Loop CNBC reporters took this month topped out at 50 miles per hour and were at times bumpy as alignment wheels attached to the car’s front tires bounced off track walls along the tunnel’s sides.

Tunnels the Boring Co. builds are significantly cheaper than traditional tunnels, as they cut out an enormous cost: ventilation. Because they use zero-emission vehicles, there is no need for infrastructure to expel fossil fuel fumes.

But that one cost-cutting measure could adversely affect where the county chooses to dig, said Miami-Dade Commissioner Raquel Regalado, who noted a scarcity of electric vehicle charging stations in the area and a general lack of adoption of the technology countywide.

Miami-Dade and the Boring Co. have no agreement in place. As such, the county study cannot assume that Tesla or another electric vehicle manufacturer will supply the vehicles and related charging equipment or whether privately owned vehicles will be allowed in the tunnels.

“We need to have an idea of how many (electric vehicles) people own, what the interest is and what the county and municipalities are doing in terms of providing people access to charging stations,” she said. “If not, we’re just having an academic conversation about tunneling.”

Miami-Dade Commission Chairman Jose “Pepe” Diaz agreed that the study should include an overview of the county’s electric vehicle provisions. There’s also the matter of safety, he added.

“Just because a car’s electric doesn’t mean that there cannot be an accident in that tunnel or a catastrophic situation where people get hurt, and people have to go in there and help them,” he said. “So, if there’s no that oxygen level — we have to look at many other things, (and) I’m very interested as to why we’re limiting ourselves to one technology.”

Tunneling in Miami-Dade is a difficult task that presents more potential dangers than elsewhere. The county is built on a spongy rock called oolite limestone, which provides questionable structural security below ground and is why Miami doesn’t have a subway and why most houses don’t have basements.

However, the county does have the Port of Miami Tunnel, a 0.8-mile tube that connects PortMiami and the MacArthur Causeway below Biscayne Bay. The project took about four years to construct and cost $1.1 billion.

In a January discussion with Curbed about Musk’s proposal to burrow car tunnels below the city, Vancouver-based geophysicist and disaster researcher Mika McKinnon said the idea invites catastrophe.

Miami is “the sinkhole capital of the United States,” she said, adding: “I’d be asking them what their legal liability plan is.”

previousLast Call for 7.22.21 — A prime-time read of what’s going down in Florida politics