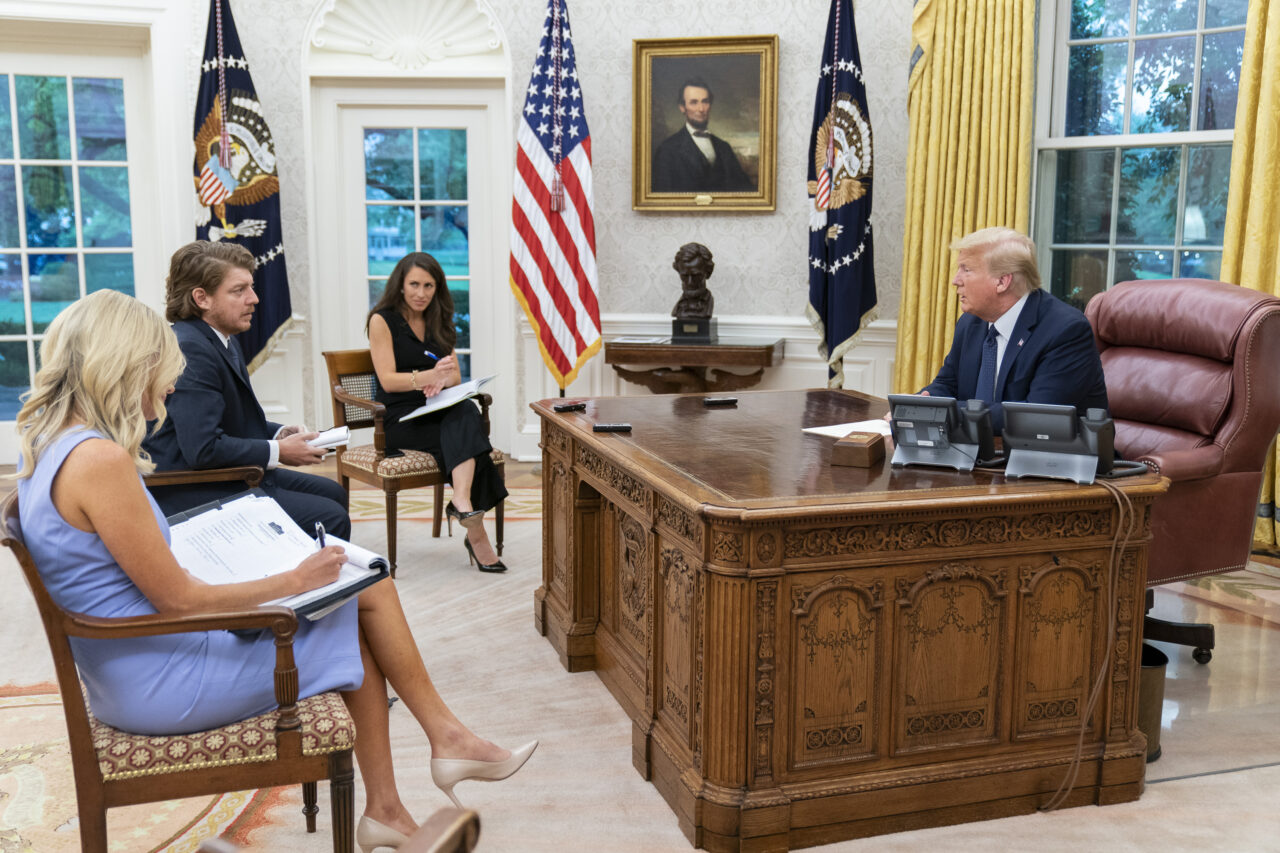 'I just knew that I had to work overtime to even get noticed.'

After 150-plus interviews, a monthslong writing sabbatical from his job at The Wall Street Journal, and pandemic upheaval in his professional and family life, reporter Michael C. Bender’s (not to be confused with Mike Bender, Florida golf instructor) first book was teed up for publication.

While one might think it would be just a print-and-ship-when-it’s-ready process, a book release is a delicate dance, made all the more so in the case of Bender’s book, “Frankly We Did Win This Election: The Inside Story of How Trump Lost,” because a glut of 45-related books also were in the pipeline and being coy about their release dates.

“I knew (Michael) Wolff was doing a book. I knew my colleague and friend Phil Rucker was doing a second book with Carol Leonnig. (Bob) Woodward‘s got a book coming out at some point,” said Bender, the senior White House reporter for the Journal. Competing against television personalities, Pulitzer Prize winners and bestselling authors, “I just knew that I had to work overtime to even get noticed.”

Traditionally, political books will tease the content by revealing a scoop or two in the week before the standard Tuesday publication date. Bender and his publisher decided to start the process six weeks out, with a tidbit that Sean Hannity had written a 60-second television commercial (which the Fox host denies) aired in the waning days of the Donald Trump campaign.

That was followed up with more revelations, such as the time Trump told his then-chief of staff John Kelly that Hitler “did a lot of good things.”

Bender seemed a little star-struck by the day of his book’s release, July 13.

“The day started with “CBS This Morning.” Gayle King comes into the green room multiple times to tell me how much she likes the book. It’s stuffed with Post-it notes. She wants to talk about a thousand things. I’m like ‘holy shit’,” he recalls. To get interviewed by TMZ and Judy Woodruff of PBS the same day was a little disorienting, but fun.”

He also reveled in the support of his large family.

“To see how excited they were, one of my sisters said it felt like another baby had been born into the family” said Bender, who has six sisters and is married to Washington Post White House bureau chief Ashley Parker, with whom he has two daughters.

When asked to comment about the labor pains of his task, he demurred. “As much as I want to agree with you, I am deadly afraid of all of my sisters and my wife. I know better than to make that comparison.”

Bender said his original plan was to write about Trump’s 2020 campaign.

“I agreed to write the book, thinking I would be covering that reelection campaign. But I spent almost all the year, either covering impeachment or COVID, or race riots that were being mishandled on a daily basis in the White House,” he said. “The job was in the White House. I wasn’t at the campaign.”

Thinking the election was over, Bender would take leave from his day job in mid-November and was working at his home about a mile from the Capitol when the Jan. 6 insurrection began. His book’s epilogue chronicles through his mid-March interview (one of two) with the now-former President at Mar-A-Lago.

While the book is chockablock with fly-on-the-wall coverage of campaign and Oval Office doings, some of its most interesting pages describe the self-styled “Front Row Joes,” a group of literal fellow travelers, most of whom braved snow, heat, and rain 50-plus times to be first in line to attend rallies throughout Trump’s presidential campaign.

Since Bender also was attending those rallies, he got to know the group, giving readers a glimpse into the mindset of those who followed Trump so enthusiastically.

In his 22 years of climbing the journalistic ladder of success, Bender spent some of that time in Florida, first covering Martin County for the Palm Beach Post before being dispatched to cover politics in Tallahassee. He would segue to the Tampa Bay Times and then Bloomberg News, ultimately moving to their Washington office. He joined The Wall Street Journal in 2016 and, during that time, has written 1,100 stories about Trump.

Bender’s Florida experience included Sen. Rick Scott’s run for Governor in 2010, which he said was a good preview of his coverage following Trump.

“These guys could not be more different … they’re the same kind of a political message, but totally different messengers,” he said. “It was kind of the same in that they were a couple of rich guys … who never held any kind of government office.”

In the book’s five-and-a-half pages of acknowledgments, Bender gives a shoutout to some of the marquee names of political writing past and present in Florida including Dara Kam, Brian Crowley, S.V. Date, Adam Smith, Tia Mitchell, Mary Ellen Klas, Marc Caputo and Joe Follick.

“Frankly, We Did Win This Election,” a quote from Trump’s speech giving in the wee hours after Election Day, is now No. 3 on The New York Times’ Best Seller list for nonfiction.