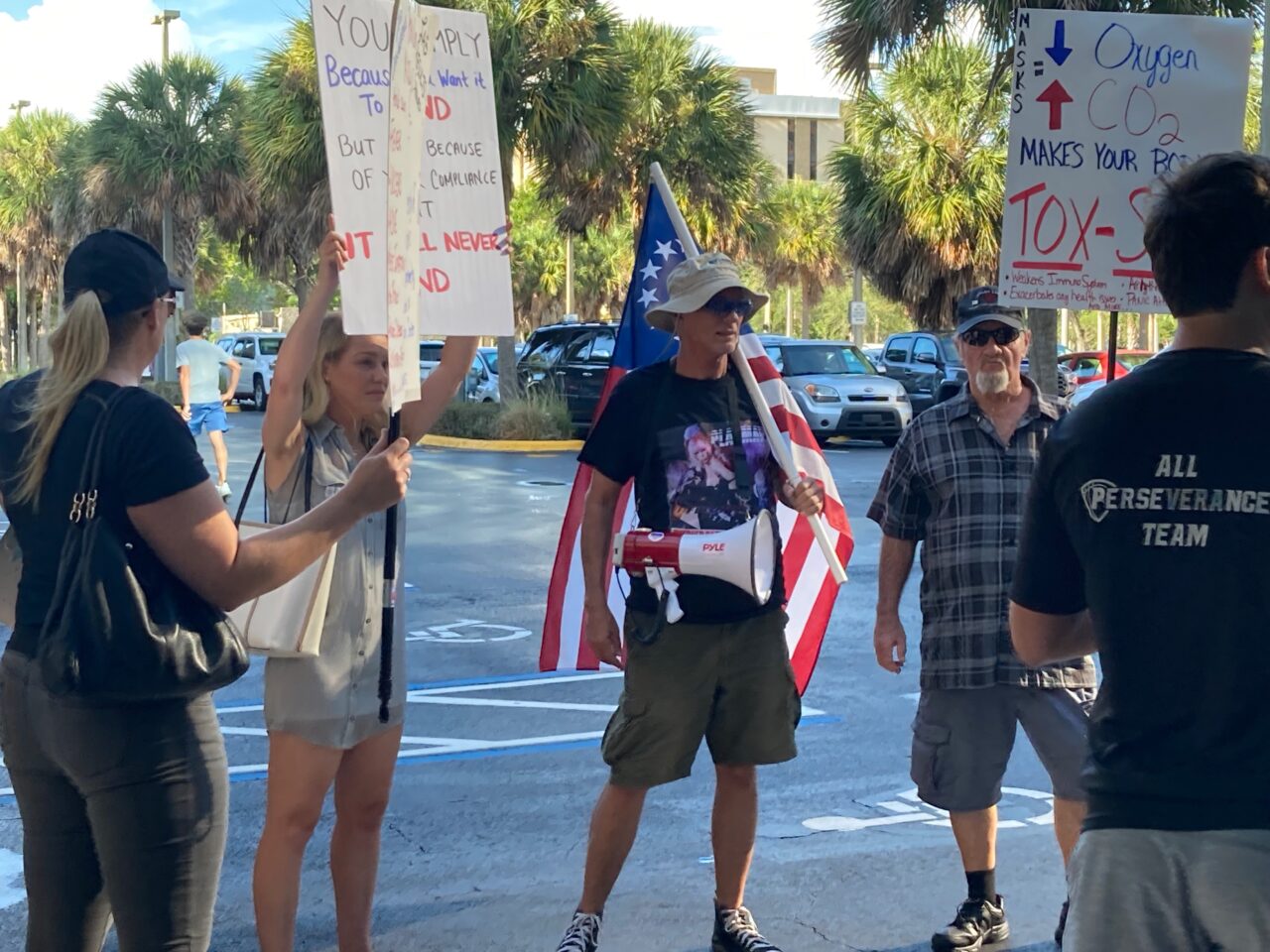 Broward schools implemented one of the strictest mask policies in the state.

Broward County Schools on Tuesday stuck to its original vote to require students to mask up at school, setting up a showdown with the Governor after he issued an order against mandatory masking in public schools.

The 8-1 vote reaffirmed the School Board’s July 28 vote that required students come to school with their faces covered. Two days after that original vote, Gov. Ron DeSantis issued an executive order giving parents the final say on whether their children come to school masked. School districts that require masks could be penalized financially, the order said.

School Board members Tuesday decried the Governor’s emergency order, saying it undermines local control and their ability to make rules based on local circumstances. Right now, the positivity rate for new COVID-19 cases are higher than they were when schools were shut down, and hospitals are brimming with sick patients, School Board members pointed out. Masks are the best weapon available right now, they said.

“Now is the time to set the tone,” said School Board member Sarah Leonardi, “be the adults in the room.”

The school district could lose some of its state aid, according to the order. Recently, though, the Governor’s spokeswoman said children would not be penalized if districts mandate student masks, but superintendents and School Board members could face losing their pay.

Broward’s decision, reached after hours of deliberations and more than a dozen speakers, makes the county’s mask policy one of the strictest in the state. Other districts, though, have moved to defy the Governor’s order in some fashion.

About 50 people attended Broward County’s special School Board meeting, holding signs, and one even wearing an aluminum foil hat. Members of the public had to wait outside for their turn to speak and were wanded before they were allowed inside. Some called required masking “child abuse,” while others said it was child abuse to subject vulnerable children to their unmasked classmates.

“My child is coming to school without a mask,” said Deidre Ruth, a mother of a 7-year-old who would not identify which Broward County city she lives in. “As a public school, what right do you have to deny my child an education because of a mask?”

Others, among the majority who spoke, applauded the district for standing up to protect children, particularly those younger than 12 years old, who can’t be vaccinated against the disease.

“The eyes of the country are on you,” said Lisa Maxwell, executive director of the Broward Principals’ and Assistants’ Association and a mother of a student, noting that not everyone wants to do fire drills, or believe that fires present some danger. “Sometimes we ask our children to do things to be safe.”

The Broward School Board also voted to engage outside legal counsel to challenge the Governor’s order.

State Sen. Gary Farmer of Fort Lauderdale urged the board to stand up to bullying from the Governor, saying the order exceeds DeSantis’ constitutional authority.

“The Governor doesn’t get to trump your decision,” Farmer said. “It’s an executive order that was a gross overstep and abuse of power by the Governor. He has no authority to direct these state agencies to engage in rulemaking.”

After DeSantis’ order, the Education Department issued subsequent rules that will allow students who don’t want to wear masks to get vouchers so they can transfer to private schools. DeSantis’ office later clarified the order also applies to students who want to go to a school with more strict mask requirements.

School Board Chairwoman Rosalind Osgood teared up as she talked about being kept up late at night, worrying about the position the Governor’s order has put the School Board in.

“I feel very angry about being bullied into this position,” she said.

Christina Pushaw, DeSantis’ spokeswoman,  responded: “The only bully here is the politician who wants to take away parents’ rights to choose what is best for their own children. And that is not Governor DeSantis.”

“The School Board sent a message today that our community will not yield to the tyrant in Tallahassee at the expense of our children’s lives, and will continue to follow the science rather than petty partisan politics. I am proud to stand shoulder to shoulder with them in this fight,” he said.

The decision is temporary and will be reviewed in a number of weeks. School starts in Broward County on Aug. 18.

nextCharlie Crist on Ron DeSantis's COVID-19 response: 'I'd do everything differently'