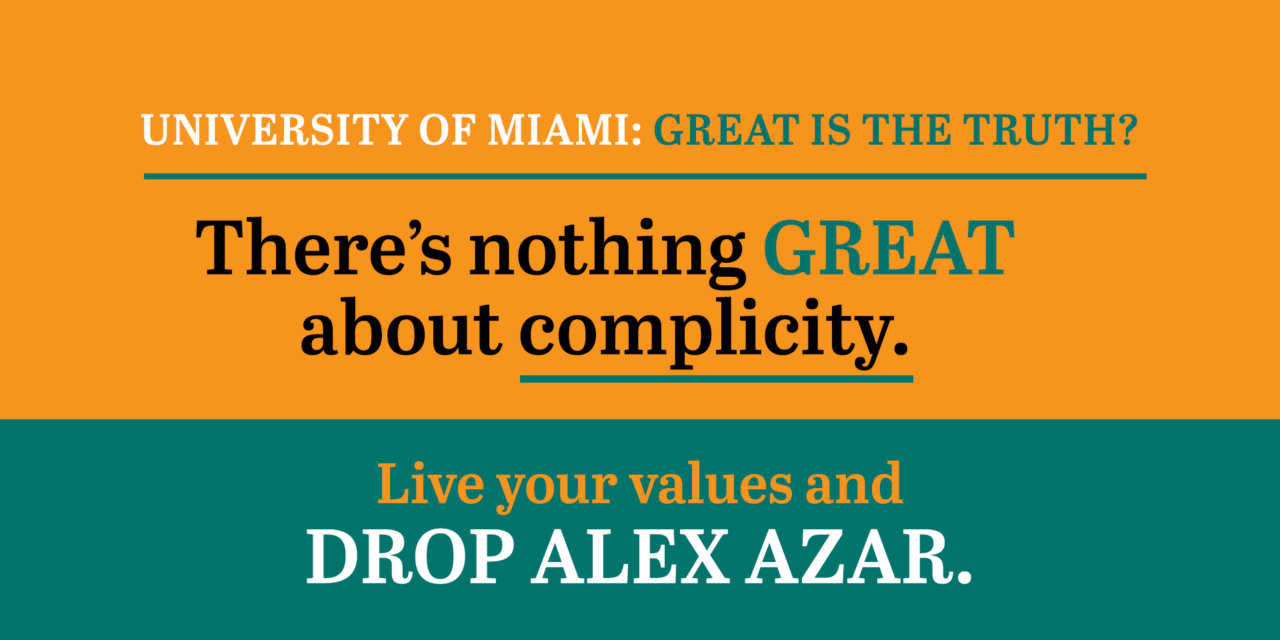 A government watchdog group will unveil a billboard in South Florida Tuesday, blasting the University of Miami for hiring Alex Azar, the former U.S. Secretary of Health and Human Services under President Donald Trump.

Accountable.US accuses the University of Miami of violating its “core values” such as diversity, compassion, and responsibility with the hire.

Azar, who oversaw the launch of Operation Warp Speed and the migrant reunification effort in Homestead, served as health secretary from 2018-2021.

“Former Trump officials like Alex Azar who played critical roles in enacting cruel and inhumane immigration policies like family separation have no business being rewarded with cushy teaching gigs — full stop,” Accountable. US President Kyle Herrig. “Azar’s hiring goes against the University of Miami’s proclaimed values and runs afoul of its own immigration advocacy.”

Azar — a Yale Law graduate former and former pharmaceutical executive — will assume a teaching and policy research position as an adjunct professor this fall.

He will also serve as a senior executive in residence at the University of Miami Patti and Allan Herbert Business School.

Despite the credentials, some students and staff at the private university share misgivings about the hire.

“The university’s administration owes their students, teachers, alumni, and communities a serious explanation for why they think this enabler of cruelty is worth compromising those values for now,” Herrig said.

In July, the group targeted Attorney General Ashley Moody as part of a Enemies of Progress campaign.

The digital campaign criticized Moody and other attorneys general who “prevent progress” and obstruct the Biden Administration.

In turn, a spokesperson for Moody criticized Accountable.US as a “liberal, dark-money group targeting strong Republican leaders throughout our nation.”

The billboard, located near the University of Miami, will stay on display through Saturday.