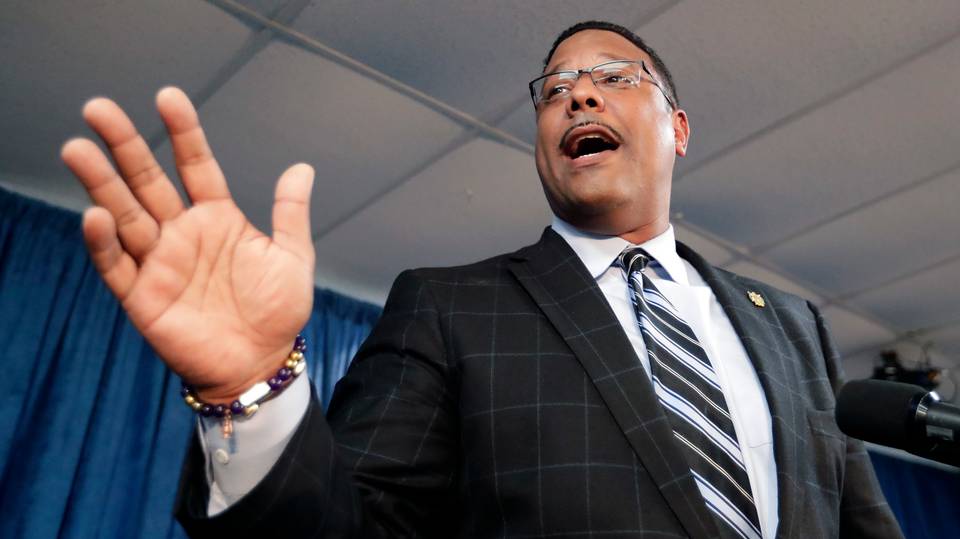 Instead, the former Democratic candidate for Florida Attorney General and his allies are targeting 2024 to push potential changes to the Florida Constitution that would automatically register Floridians to vote when they renew their driver’s license while still allowing voters to opt out of registering; let Floridians register to vote at polling places on Election Day and during early voting; and reverse a requirement the Republican-run Florida Legislature passed in 2019 that ex-felons pay off outstanding court costs and restitutions before being able to register to vote.

The reason for the two-year punt, Shaw said by email Tuesday afternoon, was “confusion” surrounding a bill (SB 1890) Gov. Ron DeSantis signed in May capping contributions to political committees collecting signatures to get proposed constitutional amendments on the ballot at $3,000.

A federal judge struck down the new law July 1, the same day the bill went into effect, ruling that it conflicted with the U.S. Supreme Court’s 2010 Citizens United decision protecting political contributions as free speech.

Attorney General Ashley Moody this month said she won’t appeal the decision, which came in response to an injunction Shaw and the American Civil Liberties Union of Florida filed shortly after DeSantis signed the bill.

But the damage has already been done to a joint effort to get the amendments on the ballot next year, Shaw said.

He said his advocacy nonprofit, People Over Profits, the ACLU of Florida, and the Florida Alliance, a secretive group of high-value progressive donors, would resume fundraising next year for the Fair Election for Democracy Amendments, which they announced in June.

“I hope you will stay tuned for ways you can get involved with our campaign in early 2022,” he said. “It will take lots of hard work to pass these ballot initiatives, but defending our democracy is worth it.”

If approved by voters, the initiative to pass three revisions to the state constitution would “encourage over 1 million new registered voters to participate in Florida’s democracy” by “putting voters first, and removing barriers from working families.”

To get a constitutional amendment on the 2022 General Election ballot in Florida, supporters must collect and submit 891,589 valid petition signatures for each proposed change by Feb. 1.

Getting those signatures would cost upward of $9 million per amendment, according to the injunction Shaw and the ACLU of Florida filed.

That’s far more than the $30,320 Shaw’s three committees — Fair Vote Florida, Florida Votes Matter, and Our Votes Matter — have so far raised and of which there remains $2,723 as of July 31.

“We rely on a grassroots network of individuals and organizations to help us qualify — and that takes time,” Shaw said. “Unfortunately, the threat of (SB 1890’s) implementation created confusion for initiative sponsors and supporters — perhaps that was the state’s objective all along.”

Proponents of SB 1890 like Palatka Rep. Bobby Payne, who sponsored the House version, said the bill would “stop millionaires (and) billionaires” from unduly influencing changes to the state constitution.

DeSantis said the bill struck “a good balance because you do have the ability to speak, but we also want it to be more of a grassroots thing.”

The $3,000 limit the bill would have placed on citizen initiative committee contributions is also in line with restrictions on donations to statewide candidates.

Opponents dubbed the measure the “anti-John Morgan bill” after the Orlando lawyer who was the main driver of several successful ballot initiatives, including recent minimum wage hikes and medical marijuana legalization.

“This is about limiting the ability of citizens to put measures on the ballot that this legislative body doesn’t like, doesn’t want to see become law and wants to make it as hard as possible to give voters that sort of choice,” West Palm Beach Democratic Rep. Omari Hardy said in May.

Since 1968, Shaw said, Floridians have organized, gathered petitions and voted to pass citizen ballot initiatives to improve the state when they believe the Florida Legislature has failed to act.

“Initiatives like the … medical marijuana, a $15 minimum wage and voting rights restoration for those who have paid their debt to society have passed with overwhelming support from voters,” he said. “But year after year, the Legislature has attempted to change the rules to keep you from having a chance to vote on these popular policies. This year they did it again — and we took them to court.”

previousFlorida National Guard boss to troops on Afghanistan: 'You will go down as the heroes of this story'

nextSunburn — The morning read of what’s hot in Florida politics — 8.18.21