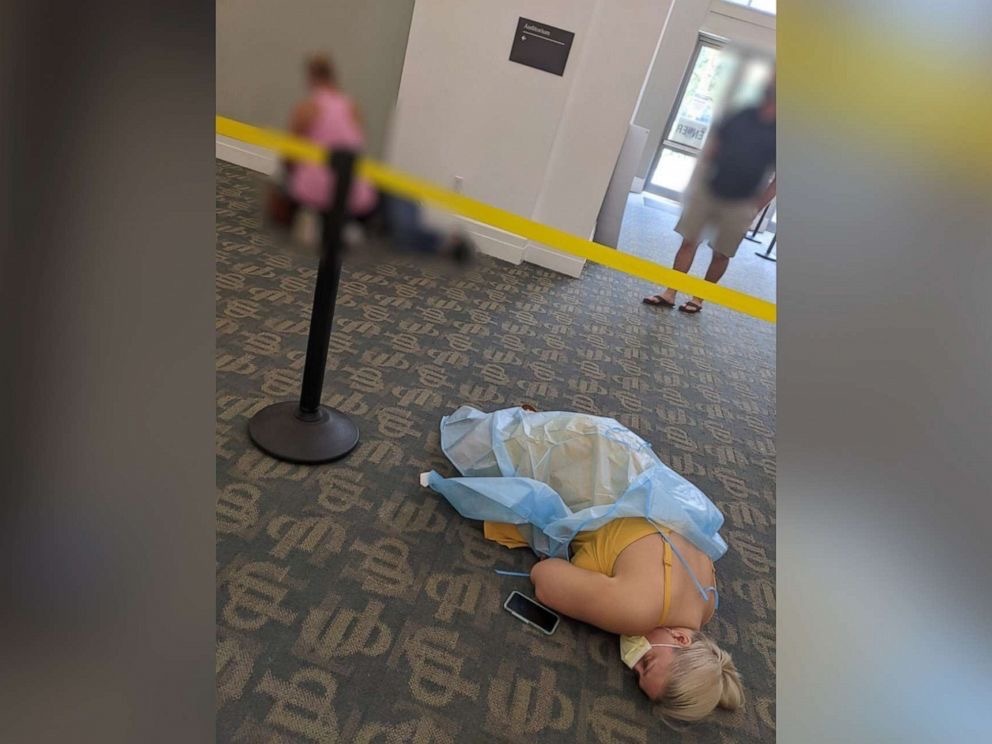 The picture showed a COVID-19 patient face down in a library.

An infamous photo of a Jacksonville COVID patient face down on the city’s main library’s floor was discussed Wednesday as Gov. Ron DeSantis continued his rollout of monoclonal antibody sites.

During the event in The Villages, Florida Division of Emergency Management Chief Medical Officer Dr. Kenneth Scheppke offered an update on the patient in that disturbing image, Toma Dean, at the library where monoclonal antibody treatments are available.

“We’re hearing great stories from around the state, success stories. One person that has been in the news quite a lot, when we first opened our site in Jacksonville, we had a woman that was so sick, she was laying on the floor,” Scheppke said.

“I think that picture has kind of gone viral,” he added, accurately describing an image that immediately resonated with those who saw it.

Scheppke said he had the “honor and the privilege of speaking to her.”

“She really credits this medication with saving her life. She told me that the folks at the Jacksonville center were wonderful, and they treated her gently and got her the treatment, and she is convinced,” he said.

“The story’s a great story. She got sicker and sicker with COVID, she was unable to get vaccinated because of medical reasons,” Scheppke added. “Her mother, her 77-year-old mother, had watched some of the Governor’s news conferences on monoclonals and told her how she could go to the Jacksonville site to get the monoclonal therapy.”

“And she thinks that without this therapy she would have been one of those folks who went into the hospital, into the ICU, on the ventilator, perhaps died. She credits this medication with saving her life,” Scheppke said.

Dean, whose picture got national coverage, had previously gone on record with crediting the therapy with saving her life.

“I was so sick it didn’t even matter,” Dean told WJXT. “I just thought I could roll. I just wanted to get to therapy because I thought I’m either going to die — be hospitalized, die — or I’m going to make it through those doors.”

Scheppke’s good news about the topic continues attempts by the Governor’s Office to delineate that issues at the Jacksonville site were outliers, and that the real point is that the therapy is helping those sick with the novel coronavirus.

🚨Remember the viral photo of the woman on the floor of the Jacksonville treatment site? @wjxt4 talked to her. Good news, she is fine now! She said staff was excellent & “scrambled to get wheelchairs,” Regeneron worked & she feels better already. Read beyond clickbait headlines🚨 pic.twitter.com/kqDBH5cMP1