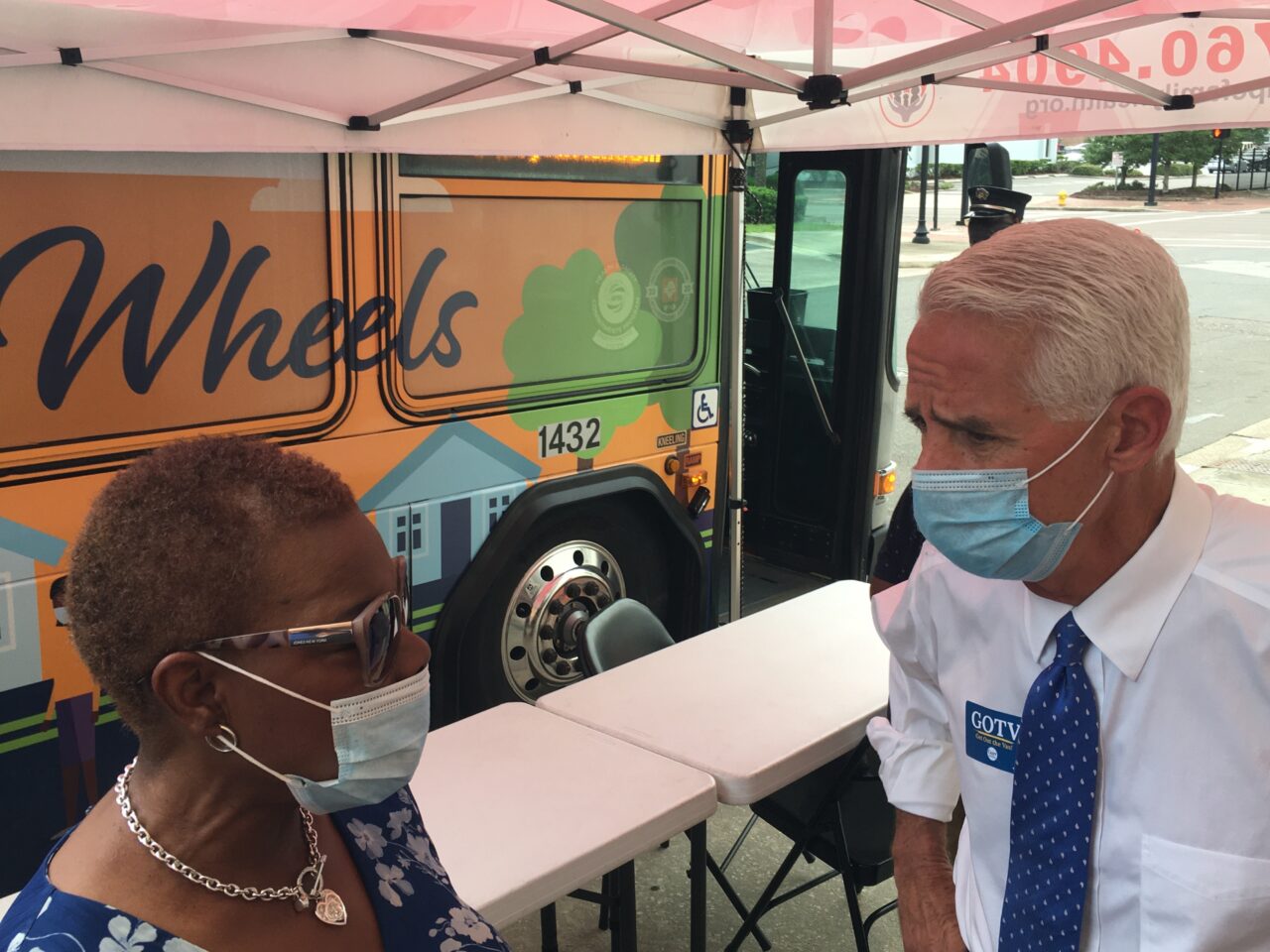 Democratic candidate for Governor Charlie Crist was in Jacksonville Thursday highlighting a mobile vaccine site supported, in part, by Gov. Ron DeSantis. Crist used the stop to again criticize DeSantis for his handling of the COVID-19 pandemic and the current surge in the more aggressive delta variant.

The Congressman was at the JEA headquarters for an Agape Health Services mobile vaccine site, housed on a JTA bus, and sponsored by all levels of government. DeSantis announced the state partnership with Agape last winter at Edward Waters University.

After Crist and Sen. Audrey Gibson toured the bus and asked one local how she overcame her vaccine hesitancy, they asserted there was no conflict in holding a media-advised campaign event at a vaccination site.

“No, I don’t,” Crist told Florida Politics. “This is about getting the word out and doing what’s right.”

“Unfortunately,” Crist continued, “I think what Gov. DeSantis is doing is wrong.”

“That is wrong. He is wrong, DeSantis. And it is right to get the good word out and tell people the truth,” Crist said.

It should be noted that DeSantis never said kids couldn’t wear masks to school, though his administration does oppose mask mandates.

Gibson, who has endorsed Crist over Agriculture Commissioner Nikki Fried in the 2022 Primary, was emphatic in saying it was the Governor, not Crist, who could be accused of exploiting state settings for campaign events.

“A campaign event,” Gibson said, “is Gov. DeSantis going to Texas, which is not a border of Florida, going to the Southern Border, and dealing with Mexico.”

“We don’t live near Mexico. While these people are dying in Florida, the place where he swore to protect people. That’s what campaigning really is.”

“No information to us about getting vaccinated, doing masks, protecting your children, and your young people largely. Talking to younger people about the need to get vaccinated as they continue to die in hospitals,” Gibson said.

DeSantis has pushed monoclonal antibody treatments frequently in recent weeks as Regeneron antibody clinics have opened statewide. As vaccines were rolled out, the Governor took a “Seniors First” approach to vaccination.

He has emphatically defended the state’s record on vaccinations.

“Since December, there hasn’t been an issue we’ve devoted more time to than administering vaccines,” DeSantis noted, including his appearance at 50 public events.