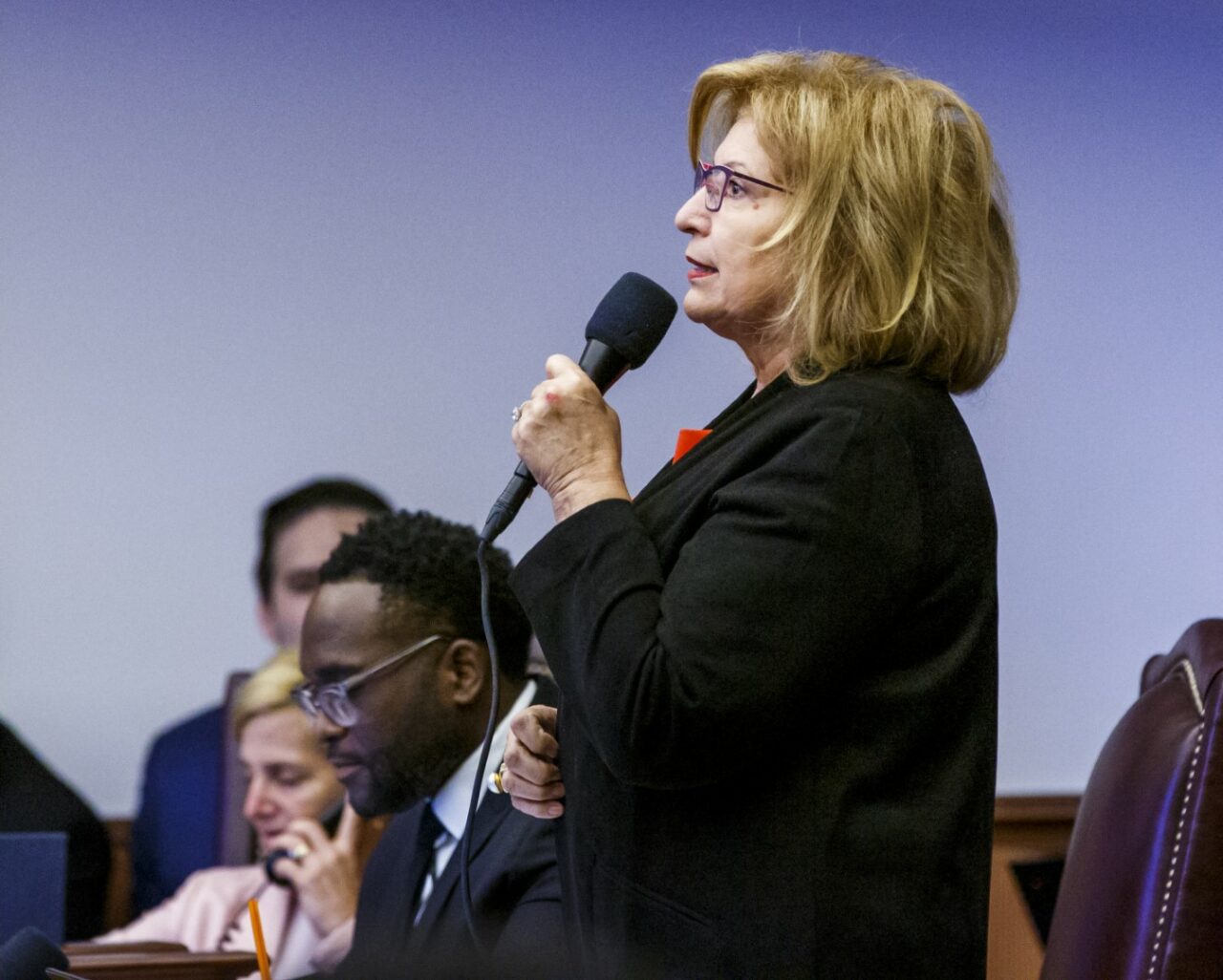 Cruz is frustrated with Richard Corcoran's opposition to mandatory masks in schools.

Sen. Janet Cruz and Rep. Fentrice Driskell are filing legislation that would change the state’s Education Commissioner from an appointed position to one chosen by voters.

“Voters currently have no direct influence on state education policy, and this bill seeks to put an end to that,” Cruz said at a press conference announcing the bill Thursday in her Tampa district. “You should remove personal agendas from the selection process. The Commissioner of Education needs to be a champion for Florida’s traditional education system.”

“Sadly the recent spike of COVID-19 in our schools has shown the result of a politically appointed, unaccountable Commissioner of Education’s power over the safety and well-being of our community’s students,” Cruz said.

Most recently in the battle over mandating masks for students, DeSantis and his administration have appealed a ruling by a Leon County judge overturning the order. The judge stood by the science, which the state rejects, showing masks can help mitigate the spread of COVID-19 in schools. The U.S. Centers for Disease Control and Prevention recommend universal masking in schools.

“Wouldn’t it be great to have an Education Commissioner that cared more about the health and safety of our children than appeasing the Governor’s agenda,” Driskell said. “Our cabinet members are elected except for one — and there is no logical reason for that. Floridians deserve the right to vote for who is leading the education system.”

Recent polling shows most Floridians favor masking in school. About 60% say masks should be required for students, teachers and staff, as opposed to 36% who don’t want mandatory masks, according to survey results released by Quinnipiac University.

“A majority of our parents who want to keep their children from a dangerous environment are being held hostage by the unilateral decisions of our current administration,” Cruz said. “Locally elected education officials are having democratically decided policies overridden by an unelected and unaccountable Commissioner of Education.”