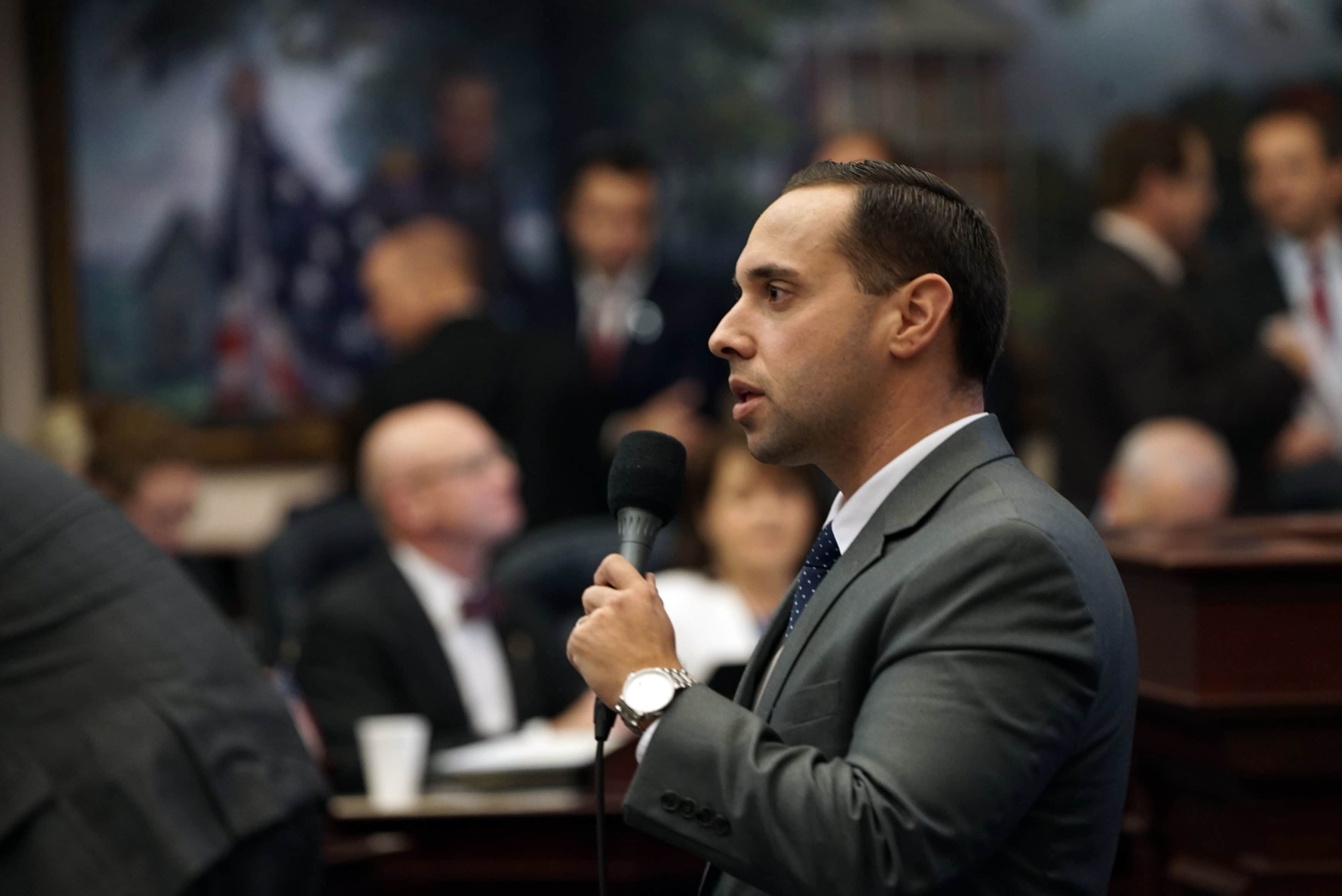 After raking in more than $140,000 in August, Republican Rep. Bryan Avila is closing in on $1 million banked for his bid to replace Rebeca Sosa on the Miami-Dade Commission next year.

Avila now has nearly $990,000 in-pocket more than a year from the election, thanks in large part to a spectrum of donors with whom he has developed relations over his seven years in the House. Now the chamber’s Speaker Pro Tempore, he faces term limits in 2022 and will battle at least one opponent for Sosa’s nonpartisan seat representing the county’s sixth commission district — independent candidate Ibis Valdés.

But where Valdés’ approach to fundraising has been almost exclusively grassroots, much of Avila’s campaign funds have come from corporate coffers.

That includes $24,000 last month from brothers Jorge and Jose Mas, and their Coral Gables-based engineering and construction company, MasTec. Jorge Mas has been working for years alongside retired soccer star David Beckham and execs from Softbank on a billion-dollar deal with Miami to build a soccer stadium complex called Miami Freedom Park on the city-owned Melreese Golf Course.

Plans for the project, including building heights and “large, luminous panels and glowing lights” on certain structures there have raised concerns among Miami-Dade Commissioners and county staff over safety threats to Miami International Airport, which sits just east of the 131-acre golf course in Miami-Dade District 6.

Miami Mayor Francis Suarez told Florida Politics this week it was his understanding those issues have since “been resolved to the satisfaction of the county” following “multiple conversations” with Jorge Mas and his partners.

Other big contributions to Avila include $10,000 from Simply Healthcare, which is teaming up with the Florida Chapter of the American Academy of Pediatrics on a student mental health initiative and recently opened pop-up vaccine sites in Broward and Miami-Dade counties; $6,000 from North Miami-based MAM Title Consultants; and $5,000 gifts from Florida Power & Light parent NextEra Energy Capital Holdings; the Miccosukee Tribe, which operates a large casino and gaming resort in West Miami-Dade; Coral Gables First, a PC run by Tony Argiz, a managing partner at BDO, which in January merged with the accounting and financial advisory firm he had run for decades, MBAF.

Avila’s one big expenditure last month was a $1,000 gift to Doral Mayor Juan Carlos Bermudez. Bermudez is running to take term-limited Jose “Pepe” Diaz’s seat on the Miami-Dade Commission representing District 12. Diaz, who must leave next year, is rumored to be gearing up for a run for Mayor of Sweetwater, an office he first held in 1999.

District 6 has remained in Rebeca Sosa’s hands since 2001. Sosa is a registered Republican, but the office and the race to attain it is nonpartisan.

That opening enticed Avila and fellow Republican Rep. Anthony Rodriguez, who unlike Avila is not yet term-limited in the Florida House, to set their sights on Miami-Dade County Hall.

If Avila and Rodriguez are successful in their respective races, they’ll join their former Democratic House colleague, Kionne McGhee, who won the District 9 seat last cycle.

On June 1, McGhee said on Twitter that Avila’s “experience and passion will help bring the changes needed to move our county forward,” adding: “Full Endorsement!”