Lawmakers gavel in today for Special Session on property insurance 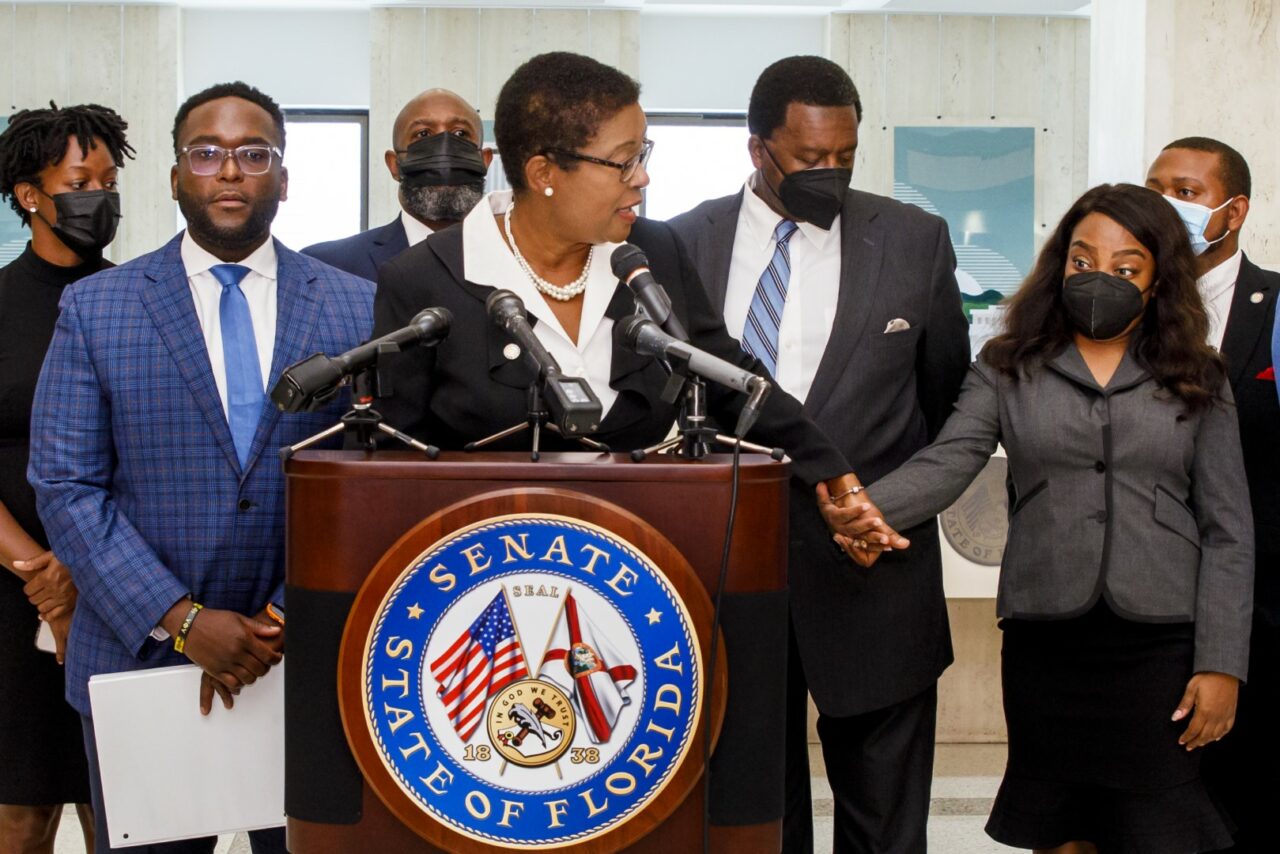 The call to action comes as shocking images and videos emerge of Haitian immigrants at the border.

With Haitians migrating in unprecedented numbers to the U.S. southern border, Democratic lawmakers called on President Joe Biden Wednesday to address the crisis and remove a public health order that expedites the deportation of migrants amid the pandemic.

Led by Reps. Marie Woodson and Dotie Joseph, roughly a dozen Democratic lawmakers decried the situation and described it as a “humanitarian crisis” that requires immediate action.

Among other calls, they urged Biden to undo a Trump-era public health order known as Title 42. The order fast-tracks deportations at the southern border and has remained in effect under the Biden administration.

They also urged the Democratic President to meet with members of the National Haitian American Elected Officials Network.

The Biden administration described the footage as “horrific.” The U.S. Department of Homeland Security called it “extremely troubling.” Democratic lawmakers echoed the sentiment.

“It sends a grim message to the world about the disparate treatment of Black people,” said Democratic Sen. Perry Thurston. “I have not seen other refugees treated in such a manner, and we’ve been here for years.”

“We do not know who are the smugglers or who are the migrants so it’s important that those border patrol agents maintain a level of security,” Ortiz said.

In recent weeks, thousands have fled Haiti seeking refuge and asylum. Many remain held at a makeshift camp under a Texas bridge near the border.

Though GOP members often assert the crisis is a product of Biden immigration policies, the Democratic lawmakers argued Trump is to blame.

Joseph, who was born in Haiti, praised Biden and Mayorkas for renewing Temporary Protective Status for Haiti. They want Biden, however, to defend the migrants more fiercely.

“We are unquestionably grateful for both the progress made by the Biden administration (and) with Secretary Mayorkas in advancing policies that mitigate a lot of the damage that was done by the Trump administration,” Joseph said. “We know, for example, TPS would never have been granted under the prior administration.”

Haiti is in a state of crisis.

Gunmen in July assassinated Haitian President Jovenel Moïse and wounded his wife. What’s more, the Caribbean nation is grappling with political instability, violence and poverty, and it remains in recovery after a series of hurricanes and earthquakes.

Woodson described the situation as dire.

Haitians, she contended, deserve due process during the asylum process. The Biden administration, however, is leaning on Title 42 to capture and return Haitian migrants — a move that denies some the opportunity to seek asylum.

“There’s too many issues to be sending people back to Haiti,” she said.

“I urge the Biden administration to continue the American tradition of allowing the refugees to apply for asylum, thus ensuring those with critical claims of fear and harm will not go unheard,” said DuBose, a congressional candidate.

Democratic Rep. Christopher Benjamin suggested the eyes of the world are watching. He read aloud the words emblazoned across the Statue of Liberty: “Give us your tired, your poor, your huddled masses yearning to breathe free.”

Benjamin, the son of an immigrant, said the Haitian migrants are seeking the same opportunity his father sought long ago.

Authorities plan to deport roughly 1,000 Haitians from the camp a day, the Washington Post reported Wednesday. Some estimates project more than 10,000 Haitians remain at the camp.

The influx of migrants comes after U.S. Border Patrol reported nearly 200,000 encounters with migrants in July. The total marks a 20 year high.

The situation, he said, reminded him of the lack of support Puerto Rico experienced after Hurricane Maria.

“We can do better,” Torres said. “We can do much better.”