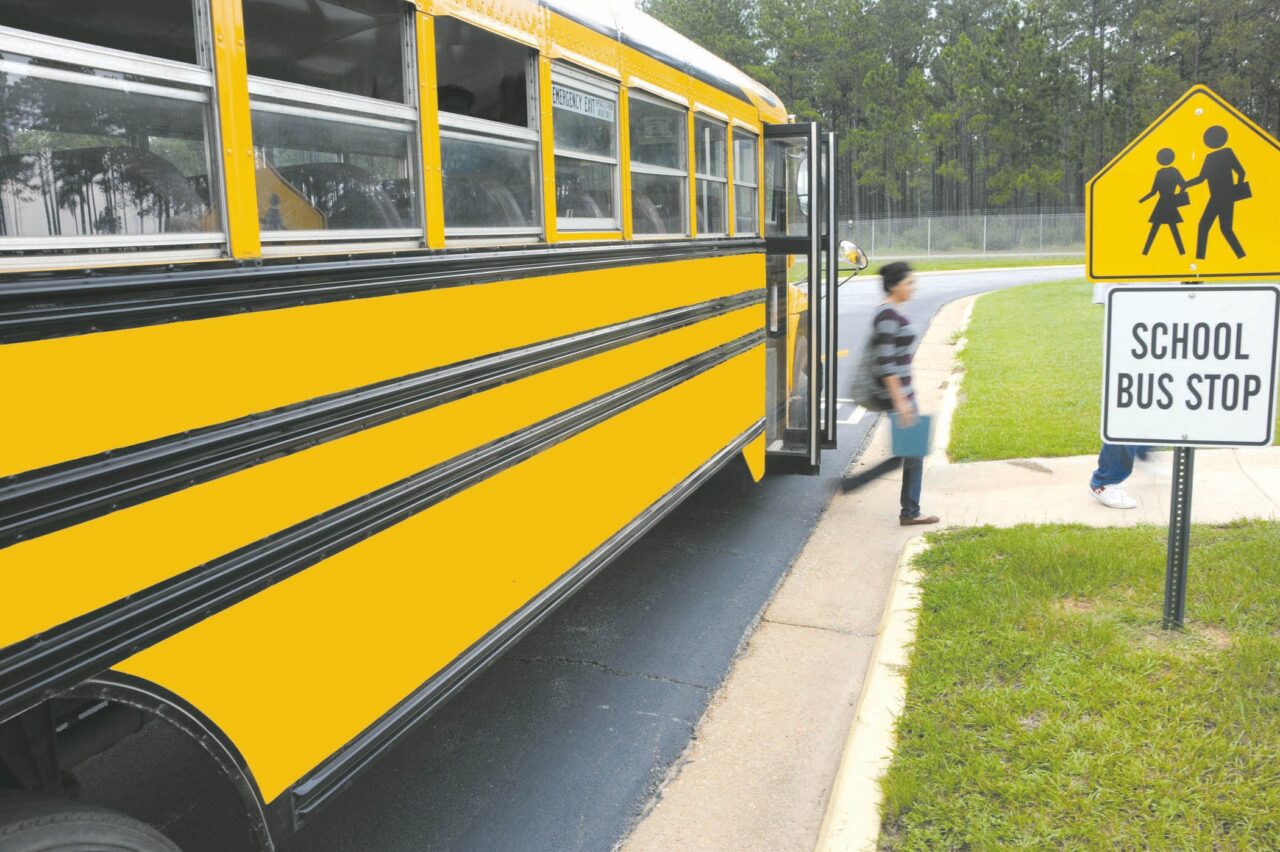 The bill would use cameras to cite drivers who don't stop for school buses.

Drivers who blow past a stopped school bus with its side-arm stop sign signal out could be photographed and fined under a bill introduced this week in the Florida House.

Republican Rep. Thad Altman of Indialantic and Democratic Rep. Emily Slosberg of Boca Raton introduced House Bill 179, which would authorize school districts to install the new camera technology on school buses to catch stopped school bus runners. It would require local law enforcement to go after the drivers for fines.

“I can think of no higher priority than protecting our children and that is exactly what this bill does,” Altman said in a news release.

The usual fines for passing a stopped school bus, of $200 per usual incident, or $400 for passing a bus on the same side the children get out, would be levied against owners of the vehicles. However, the owners or drivers would not be charged with moving violations, would not be adjudicated guilty of a traffic infraction, and would not receive points against their driver’s license.

Slosberg has introduced similar bills in past Legislative Sessions. Last year she said her bill had some momentum, moving through a couple of committees, but stalled.

Now she is citing a case from last Thursday when a Fort Pierce girl trying to cross a street to get to her bus was struck and killed by a car driven by a hit-and-run driver. The bus was stopped with its side arm out and its lights flashing, but the car’s driver blew through anyway, hit the girl, and kept going, Fort Pierce Police told TCPalm.

“Its significance cannot be overstated after last Thursday morning’s tragic accident in Fort Pierce in which 10-year-old Yaceny Berenice Rodriguez-Gonzalez, crossing the street to board her school bus, was killed by a hit and run driver that moved behind a school bus that had its long arm stop sign extended and red lights flashing,” Slosberg said in a news release

She characterized school-bus running as a widespread problem. She noted a Department of Education survey done in 2018 found that on a single day there may be more than 10,000 illegal passes of school buses statewide.

“We’ve also seen, throughout the state, there are sting operations from county sheriffs. The only way they have currently to enforce it is if there is a sting operation where they sit at the bus stop and watch drivers pass,” she said. “This will ensure that we are holding drivers accountable, that these laws will be enforced.”

According to the National Conference of State Legislators, at least 23 states have authorized school bus stop-arm cameras and their use in enforcing laws requiring drivers to stop for school buses, many of them in recent years.

On the other hand, HB 179 would have to get past mounting opposition to camera-enforced traffic laws. A backlash has picked up momentum in the past few years because of perceived abuses of red-light camera enforcement programs in some cities. Many communities that installed such cameras and hired third-party contractors to use remote cameras to enforce red light running laws backed out of the programs. Almost annually, someone in the Legislature proposes banning red light cameras statewide.

Slosberg contends her proposal would be completely different because it would only be enforced when there are vulnerable children crossing the street.

Slosberg said a likely Senate sponsor has been identified, but a companion bill has not yet been filed.

HB 179 calls for the Department of Education to adopt rules for the program.

HB 179 allows school districts to contract with private vendors to install the cameras and operate the program to monitor their output regarding people who drive past the stop arms. The buses would have to have stickers warning drivers that the stop-arm laws would be enforced by cameras.

The school district or the vendor would send the images to the appropriate law enforcement agency, which would review them for violations of Florida’s stopped school bus laws, then mail notices of fines to vehicle owners.

Vehicle owners can contest the notices in court.

If the vehicle owners don’t respond, the Department of Highway Safety and Motor Vehicles would be authorized to refuse to renew their vehicle’s registration.